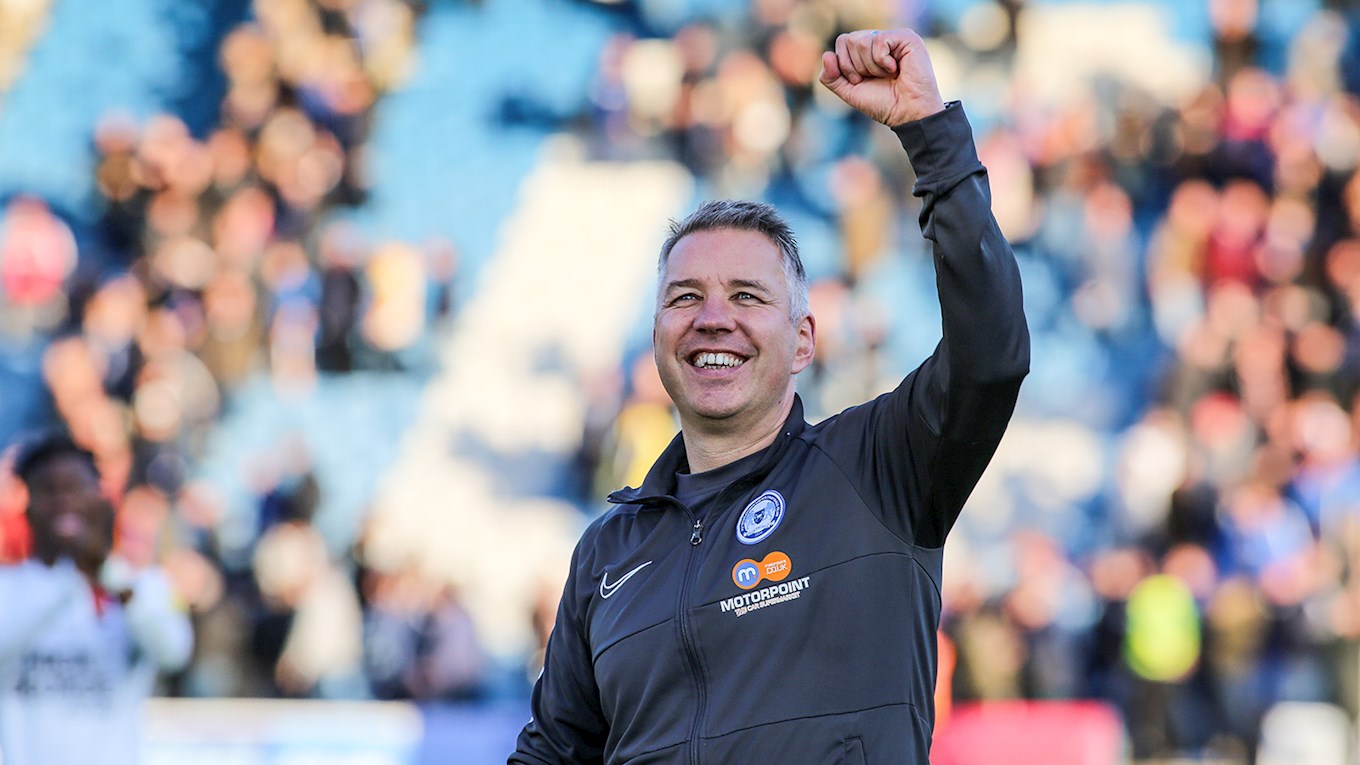 At the start of last weekend, there were nine points up for grabs for Peterborough United with an away fixture at Gillingham and back to back home matches against Accrington Stanley and Coventry City at the Weston Homes Stadium.

With three points safely in the bag following a hard-fought 2-1 win at Gillingham on Saturday, attention now turns to Wednesday night’s clash with Stanley, who impressed during the televised 2-0 home success over top of the table Ipswich Town at the Wham Stadium.

Ferguson revealed that the aim at the start of the week was to consolidate their position of third place in the league table but he is well aware that they can improve on that aim with a fifth successive home league win on the spin against Stanley (7.45pm).

“When you have three games in a week you know that the league position can change dramatically. We wanted to consolidate our position and hopefully improve upon it. We got three points at Gillingham on Saturday thanks to a determined display and we now look forward to welcoming a confident Accrington side to the Weston Homes Stadium.

“Accrington are a good side, they will come and have a go at us I am sure of that, they have four really good attacking players and it will be a tricky game for us. This league is tough. Any team can beat anyone else on their day. We had to make changes to our side on Saturday and the players that came in did well for us.

“We have players back and available for selection on Wednesday night and we will see what we can do to affect the game. We changed our shape as well at Gillingham and we can do that, we have players who can play in different positions and that versatility is important,” Ferguson said.

The Posh boss confirmed that Marcus Maddison trained on Monday and is expected to be declared for the clash with Stanley while defender Frankie Kent has recovered from tonsillitis. Louis Reed is available after missing the win against Steve Evans’ men due to suspension.

Tickets for Wednesday nights’ game are available at www.theposhtickets.com, via the Ticketmaster hotline 0844 847 1934 (Calls cost 7ppm plus your network access fee) and in person at the Weston Homes Stadium Box Office.

Remember, under 12s can watch Wedensday's game FREE of charge in any of the four stands!