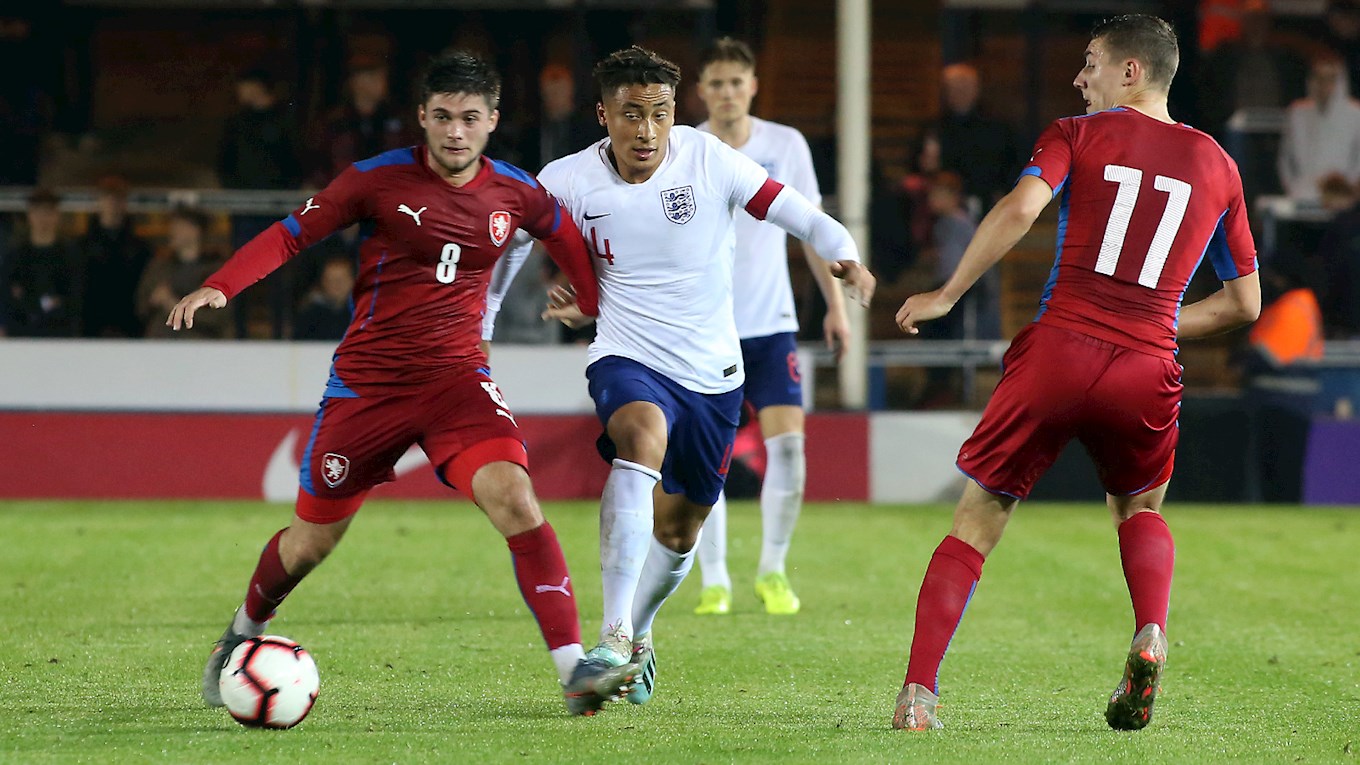 England under 20s slip to a 3-0 defeat at the Weston Homes Stadium.

A crowd of just over 6,200 braved the elements at the Weston Homes Stadium as the Czech Republic under 20s recorded a comfortable 3-0 victory over England with Keith Downing’s men struggling to break down a resolute visiting back-line.

Czech Republic’s Stephan Krunert produced an early effort as his long-range curler goes straight over Billy Crellin and the crossbar within moments of the first-half. The first real chance for England fell to Jonathan Leko after Brandon Williams crossfield ball found Ian Poveda Ocampo, who produced a lovely through ball behind the Czech Republic defence, but Leko failed to make clean contact as Matej Kovar gathered the tame effort.

Billy Crellin was called into action as Jan Fortelney’s long-range effort forced the Chorley keeper to spill the ball, but he quickly recovered the ball inside the area. Angel Gomes free-kick met the outside of the right-hand side of the net, before Jan Fortelny once again tested Billy Crellin with another effort from outside the box as the ball going just wide.

At the start of the second half, the Czech Republic came close to the breakthrough as Nathan Ferguson was caught on the ball by Jan Fortelny and his pass found Michal Kohut in front of penalty spot but Thomas McGill was down quickly to gather the ball despite being on the pitch for less than a minute.

Patri Hellebrabd’s wonderful half-volley strike broke the deadlock between the two sides inside the first five minutes of the second-half. Michal Kohut layed the ball off to the midfielder with a bouncing ball and his perfectly timed volley nestled past Thomas McGill.

Brandon Williams nearly found the reply as his low shot just fell on the wrong side of the post. Czech Republic doubled the lead through Patri Hallebrabd as his low shot wrong foots McGill. England failed to clear the ball as the edge of the box became a ping-pong session as the midfielder picked up the loose ball and cut his shot across the keeper.

On 75 minutes, the Czech Republic extended the advantage, a fine worked free-kick chipped behind the England defence and the initial effort crashed under the crossbar as Tariq Lamptey clearance is not enough to stop the ball crossing the line.