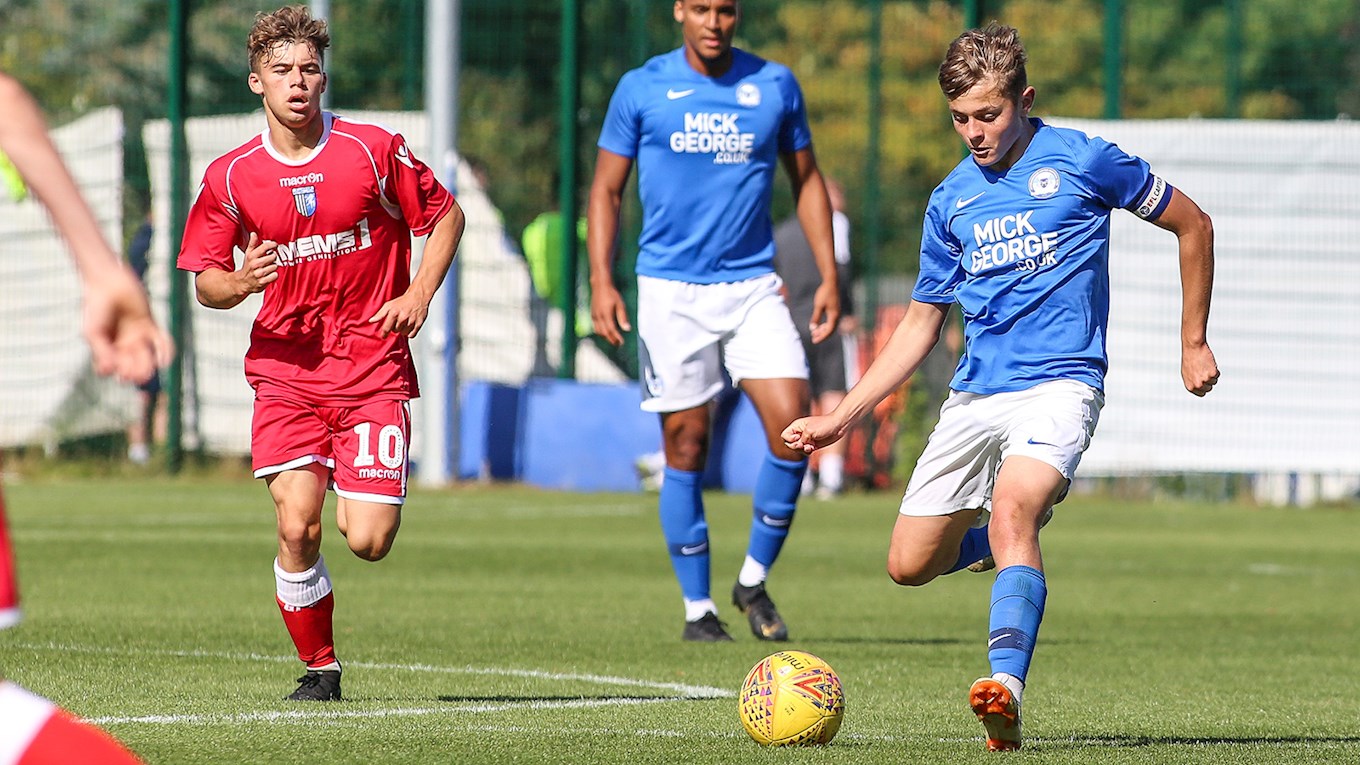 Young midfielder Archie Jones is enjoying the opportunity to captain under 18s group as they continue excellent run of form.

Peterborough United manager Darren Ferguson has demonstrated in the past his desire to give young players and opportunity if they are deserving of one, alongside assistant manager Gavin Strachan who began his coaching career within Academy football.

Kyle Barker, Sam Cartwright and Ricky-Jade Jones all made their first team debuts in the recent 1-0 win over Arsenal under 21s in the Leasing.com Trophy and more of the under 18s sampled experience in the latest under 23 game against Milton Keynes Dons on last week, including under 18s skipper Archie Jones.

The captain has been given a number of first team and reserve opportunities now and is full of praise for the opportunities he has been afforded. Jones featured in a number of pre-season fixtures, demonstrating his calmness on the ball, work-rate and technical ability.

“It’s a good feeling, I obviously played a few games in preseason and thought I did quite well with showing what I can do and proving myself to the coaching staff. That is the aim whenever you are on the pitch. The gaffer has been giving me opportunities to play and I really appreciate it as it builds my confidence and experience which helps massively as a young footballer” Jones added.

As being the U18s captain Archie is very passionate about the team, know the potential they have and recognises how well they can do this season with some slight improvements. The U18s are managed by ex-Posh and Spurs double Matthew Etherington and Simon Davies.

“We are doing well, currently 2nd in the league but we have just got to be more consistent, because we are beating the teams in and around us which is obviously good, but we are dropping points against teams lower down in the table and if we won’t to win the league our consistency is something we are going to have to improve.

“I really want to win the league with the 18s, get as much reserve and u23s football as I can and it’d be a dream come true to make my professional debut for the first team. I just want to keep working hard and hopefully the professional debut will follow. I don’t have nor want any personal targets as long as myself and the team are playing well and picking up results, my stats don’t matter to me.”