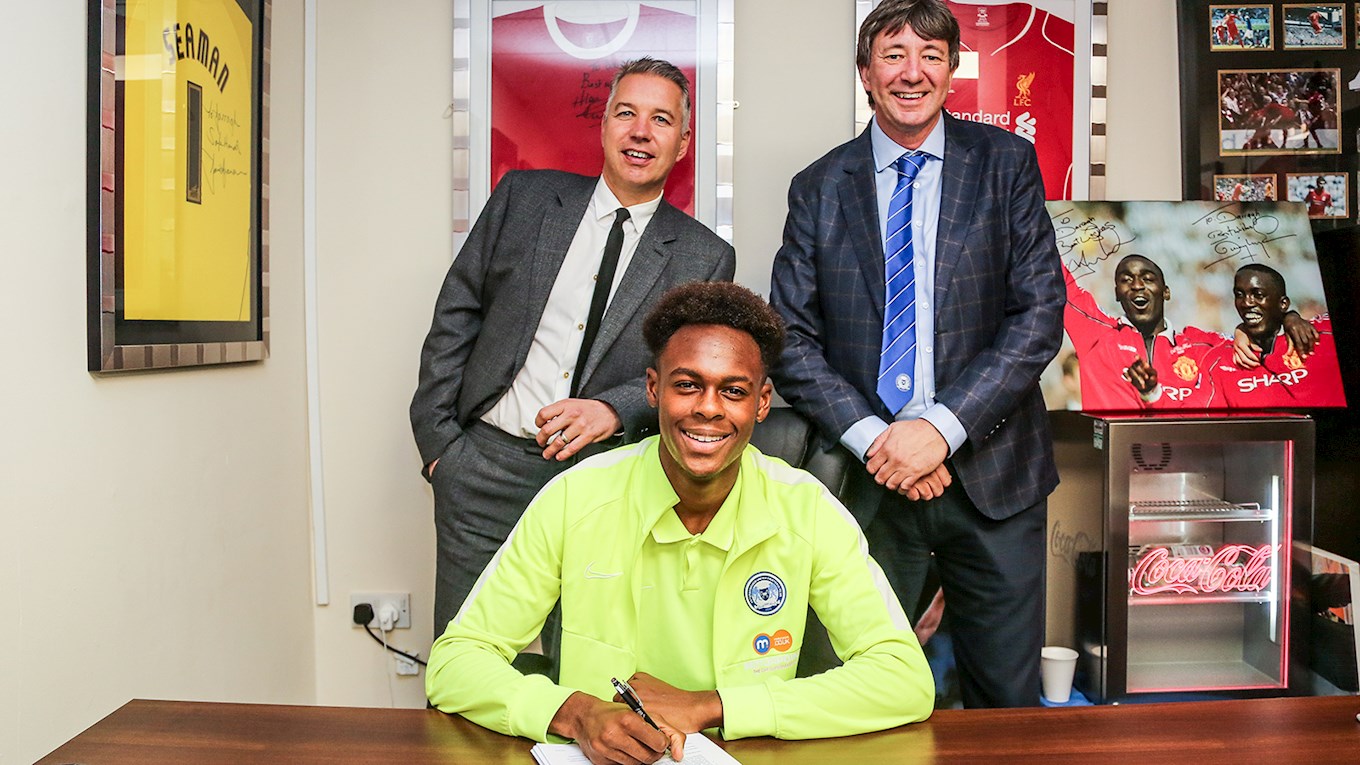 Striker Ricky-Jade Jones has signed a long-term professional deal with the football club.

Peterborough United are delighted to confirm that young striker Ricky-Jade Jones has penned a long-term contract with the football club.

The front man has been in the Academy system at the football club since the age of nine and made his first team debut as a substitute in the Leasing.com Trophy victory over Arsenal under 21s at the Weston Homes Stadium.

Jones, who often operates as a ‘wide striker’ for the under 18s, has electrifying pace with manager Darren Ferguson describing him as ‘the quickest player he has worked with’. Jones is expected to be handed his first start in Tuesday evening’s Leasing.com Trophy tie with Cambridge United at the Weston Homes Stadium.

“It is a great feeling,” Jones said. “I remember making my debut for the club as a nine-year-old. It is mad because I think I scored nine goals! It was a proud feeling to make my first team debut last month and the next ambition is to start a game. The coaches within the Academy have been great with me and the first team manager Darren Ferguson is brilliant, you know that he wants to give young players and opportunity if they earn them.

“It is really important to see there is a pathway and then it is down to me to take the opportunity. Signing a professional contract is amazing, it was a great moment for me and my family who have been so supportive. Kyle Barker and Harrison Burrows have really helped me because they have had a similar journey.”

Ferguson added: “Ricky’s family were very excited when I met them, they are a great group and very close and Ricky is an outstanding young man. He deserves the professional contract. We feel he has real potential, he has a great attitude and work ethic. His pressing is really good, he has been excellent in training and he has progressed right through the Academy.

“It is just the start, but he has a desire to work hard and that is vitally important. He has real quality, is a big lad, has unbelievable pace and is the quickest player that I have worked with. He wants to learn, he wants to listen and improve his game and that is all you can ask. I am looking forward to helping him develop,” Ferguson said.