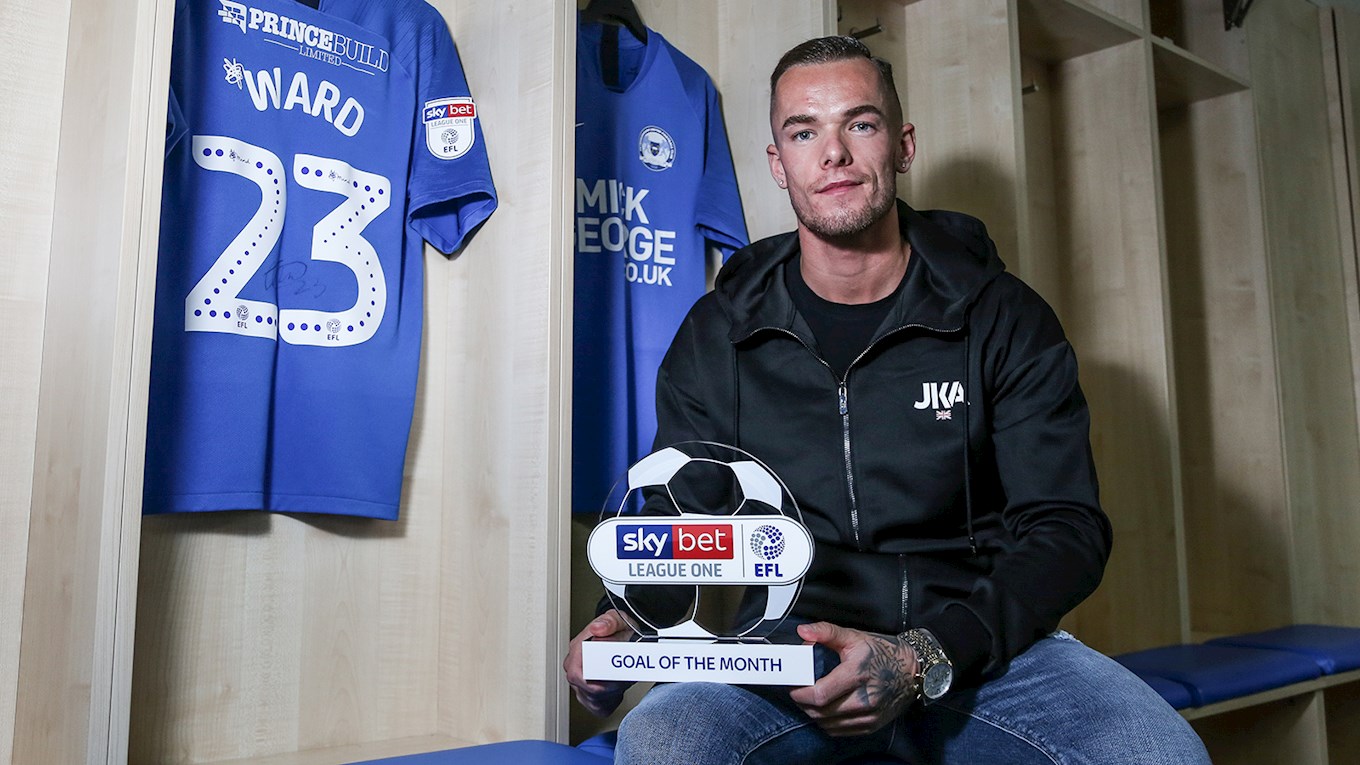 Ward Wins League One Goal Of The Month

Posh midfielder wins the October Goal of the Month award for strike at Gillingham.

Peterborough United midfielder Joe Ward is the Sky Bet League One Goal of the Month winner for October, receiving 50% of the public vote.

Nothing was going to stop Ward when the ball came to him as he hugged the touchline. Off he set. A jink inside, a burst of pace and a viciously dipping, swerving shot did the rest.

Ward said: “It is great to win the award. I was pleased with the goal, Knighty (Josh Knight) opened up the space for me to run forward with ball and I just caught it really sweetly and I was pleased to see it go in. It was an important goal too as it helped us get three points away from home.”

Lead Sky Bet EFL Goal of the Month judge and Sky Sports Pundit Don Goodman said: “In most cases, you’d probably be reasonably comfortable as a defender sending a right footed player inside in the hope that he ends up on his weaker side and confronted by your team mates.

“But Ward was given the time and space to strike the ball from distance with his favoured right foot and such was the quality, power and accuracy, you had to have every sympathy for the goalkeeper.”

Watch Joe's goal back in the match highlights below: