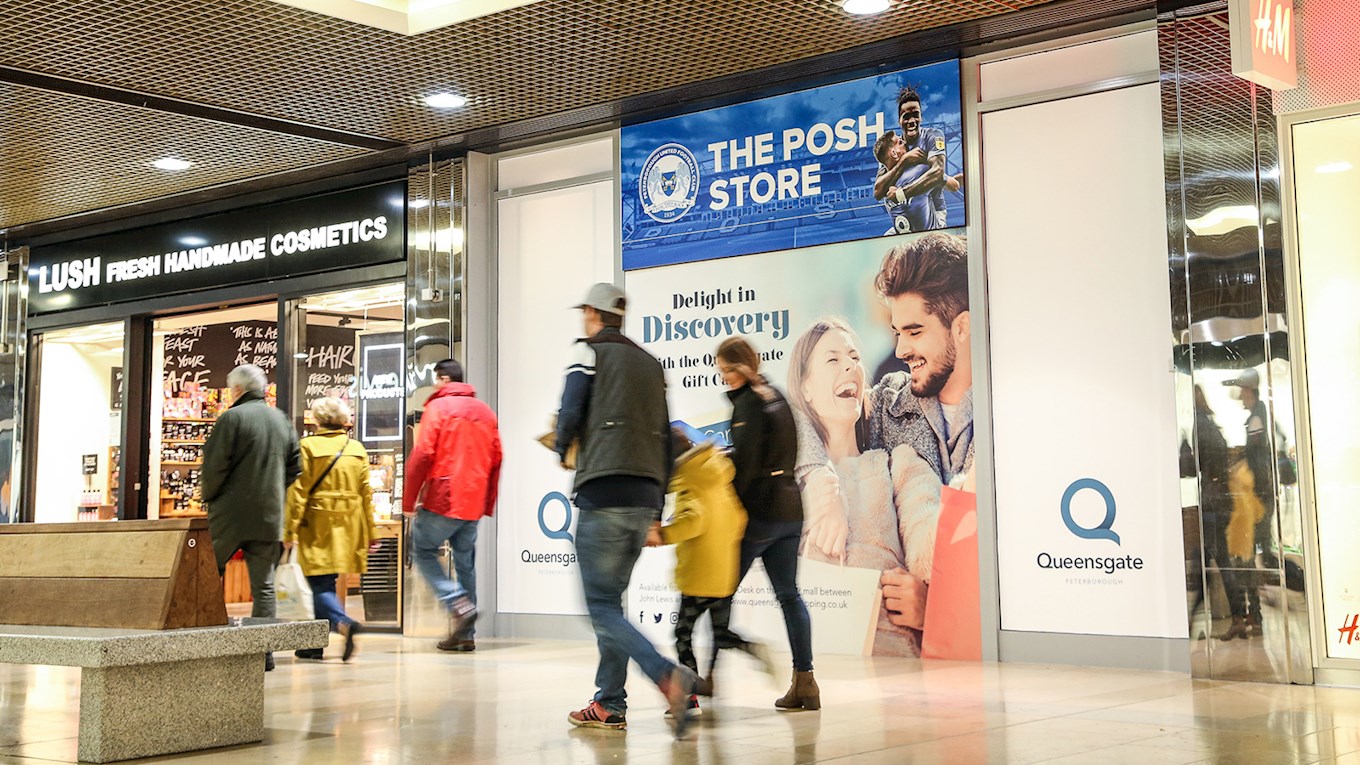 The Posh Store In Queensgate is Coming Soon!

Shoppers in Queensgate may have noticed a sign for "The Posh Store” and we can confirm it will be opening on Friday 8th November!

As a certain advert will testify, ‘the Holidays are Coming’ and just in time, we are pleased to announce that 'The Posh Store’ will be opening in Queensgate on Friday 8th November from 9am until 8pm with mascot Peter Burrow set for a special appearance during the opening day.

The store, which is situated between H&M and Lush Cosmetics on the top floor of the Queensgate Shopping Centre, will feature exclusive merchandise that is only available in The Posh Store and with Christmas just around the corner, it is a perfect time to get your presents purchased hassle-free.

Throughout November and December, Peterborough United players will be making special appearances in the store while Peter Burrow is going to be a regular visitor. A full list of players and timings will be released in due course.

Retail Manager Emma Green said: “We have been working hard behind the scenes to get the store ready and we are thrilled that we are in a position to open on Friday 8th November. We are in a wonderful location in Queensgate and this will allow us to appeal to shoppers who perhaps have not visited our store at the stadium.

“Not only that, but The Posh Store will be the only place to secure a number of new items in our range so we look forward to welcoming customers, supporters and potential first-timers to the store. We have a number of players making appearances throughout the next few weeks including George Boyd, Ivan Toney, Siriki Dembele and Marcus Maddison, so look out on the website for further details.”

From 9th December, the hours extend to 8pm every Weekday evening and 7pm every Saturday with normal trading on a Sunday. We look forward to welcoming you!