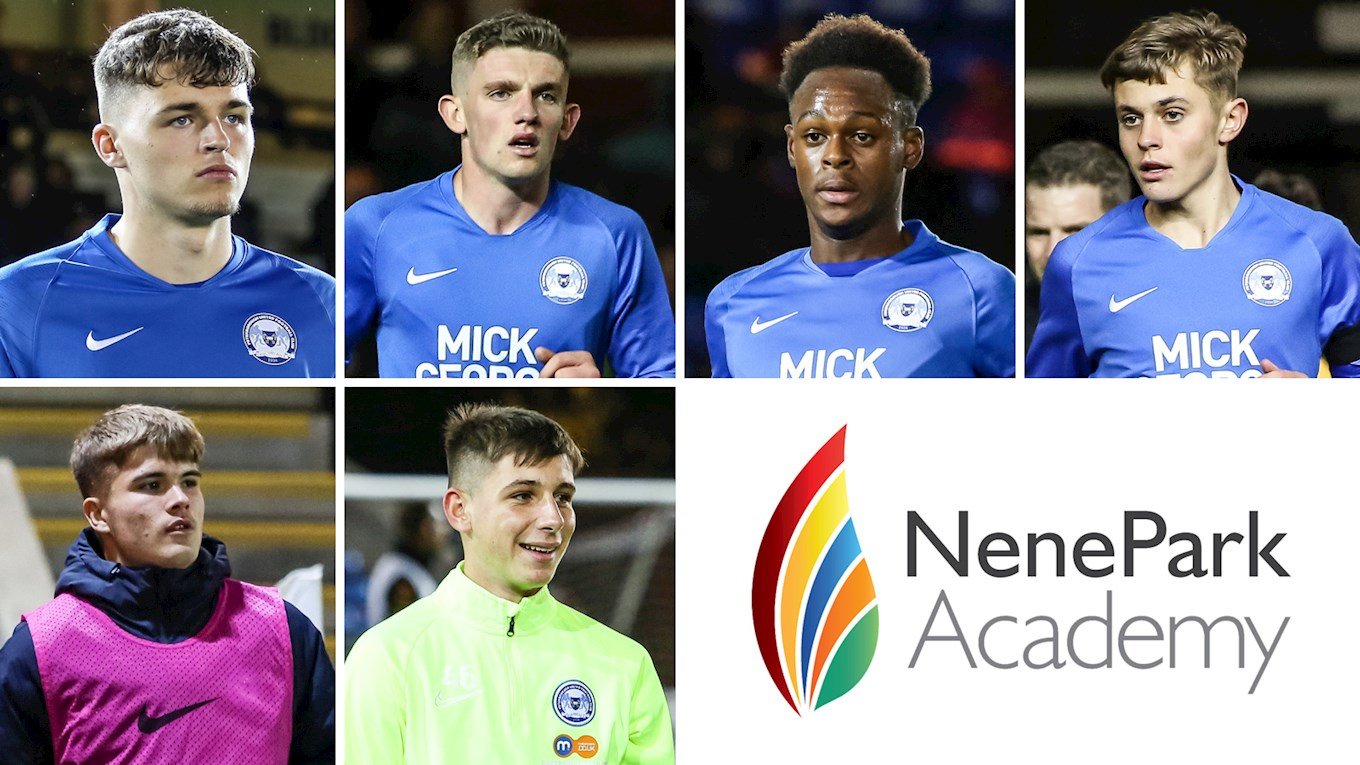 A lot has been written about the debutants for Posh on Tuesday night, but it was also a proud moment for Nene Park Academy.

Tuesday night’s Leasing.com success over Cambridge United at the Weston Homes Stadium provided plenty of stories from Ricky-Jade Jones’ first goal for the football club to three youngsters making their first appearances in a Posh shirt.

Whilst it was an immensely proud evening for the Academy, it was also a great night for another Academy – the Nene Park Academy school that the football club have a wonderful partnership with. The school, which provides the base for our training and education complex on Oundle Road, educated six members of the 18-man squad on duty.

Sam Cartwright, Kyle Barker, Ricky-Jade Jones, Archie Jones, as well as unused substitutes Brad Rolt and Luke Harris have all been or are currently still being educated by the school. Academy manager Kieran Scarff has given credit to the school for the ongoing partnership with the football club.

“I think this highlights what wonderful work the school have done and continually do with our young players within the Academy system. It was a great night for everyone at the football club and at NPA, the staff at the school deserve an enormous amount of credit for the hard work that they do in ensuring that the players reach their potential academically whilst also providing such an effective curriculum that also allow them to really push on with their football development.

“We have always said as a football club that it is vitally important for our young players to grow off the field as well as on it. They put a lot of hard work into their education, but that is only made possible by the work and the relationship that the school have with the football club. We thank everybody at Nene Park Academy for their commitment to the football club, not only with the continued development of training and education facilities but also with their ongoing, excellent support in helping our young footballers achieve their potential in the classroom and beyond,” Scarff said.