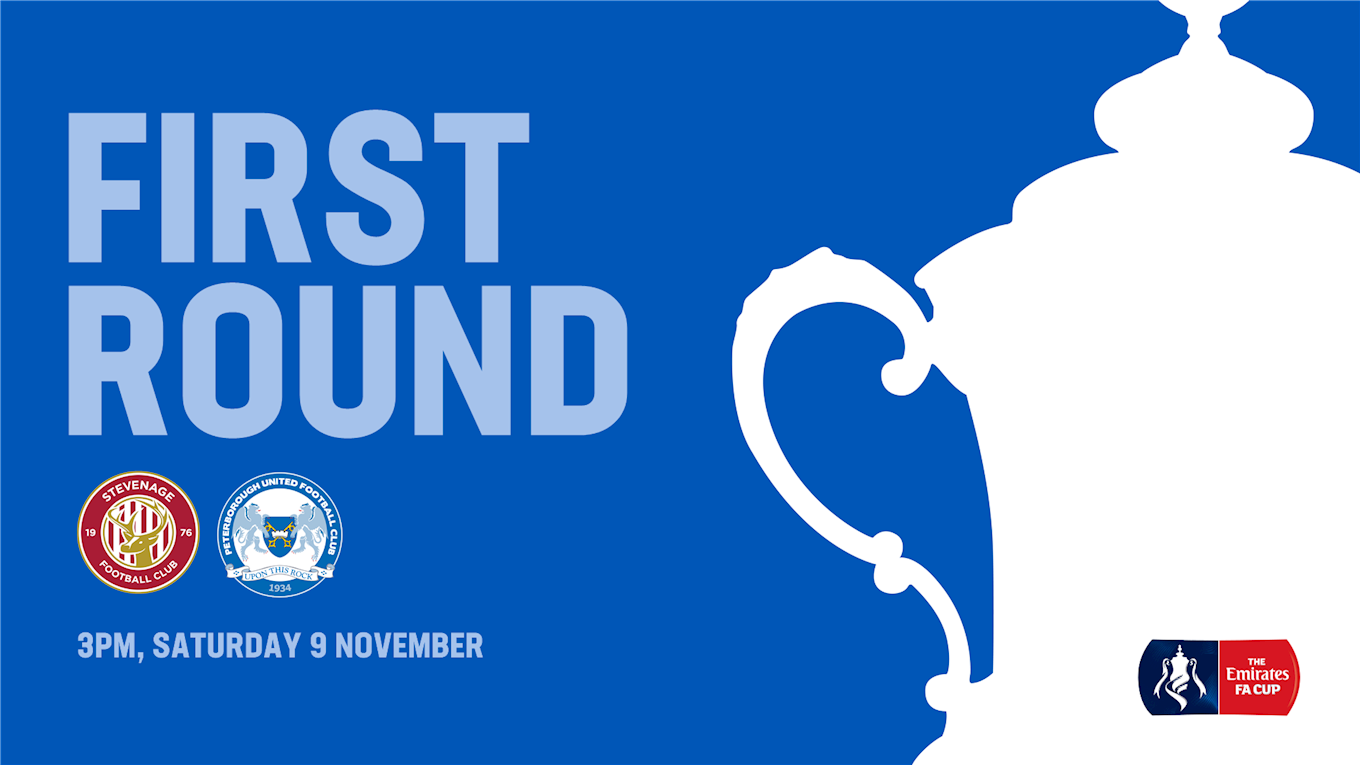 Cup-tie at Stevenage made all-ticket so supporters have until 3pm to secure a ticket.

Peterborough United make the trip to the Lamex Stadium to face Stevenage in the first round of the Emirates FA Cup on Saturday (3pm) and supporters have until 3pm on Friday to snap up the remaining tickets as the game has been made all-ticket on the advice of the police.

Over 1,400 have been sold with just 300 remaining on general sale for Posh fans to snap-up. Tickets are on general sale at www.theposhtickets.com, via the Ticketmaster hotline 0844 847 1934 (calls cost 7ppm plus your network access fee) and in person at the Weston Homes Stadium Box Office.

No tickets will be available on the day.