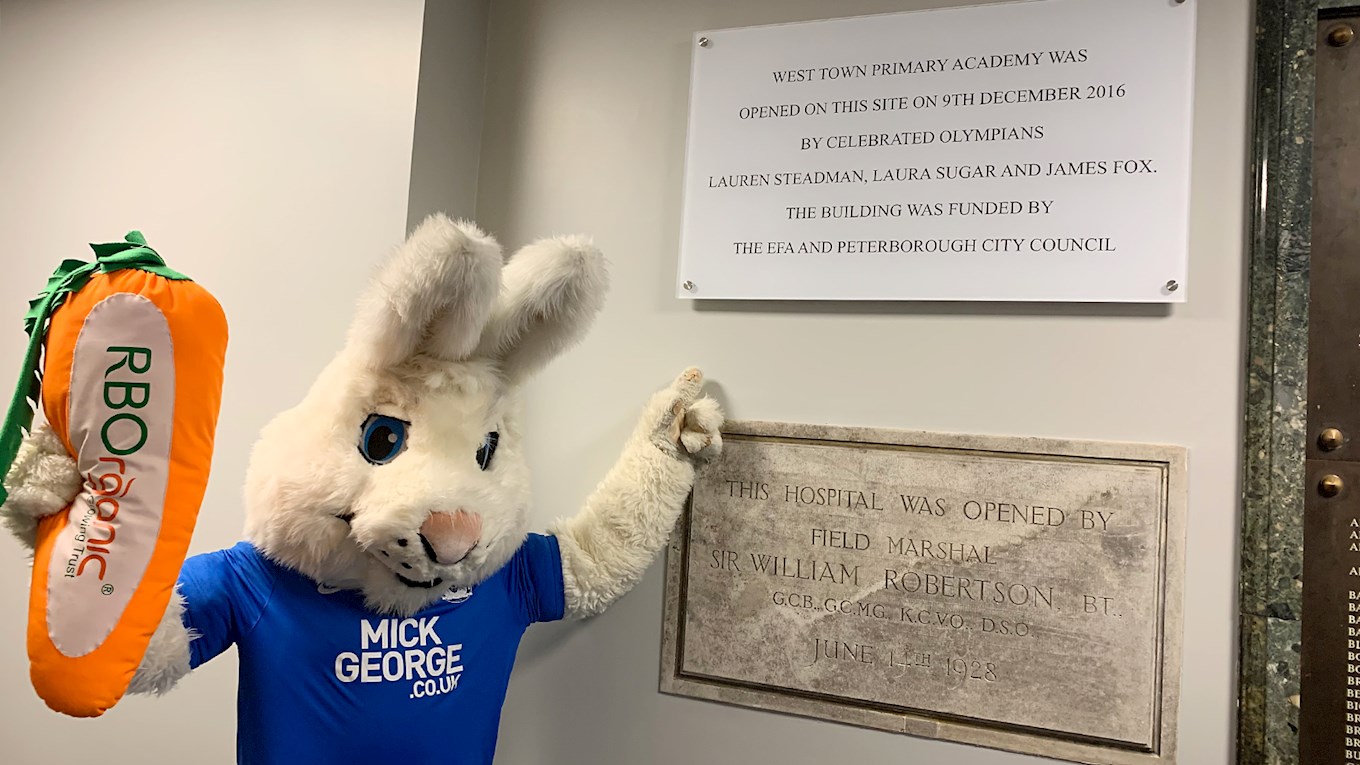 This week, the football club visited West Town Primary Academy as part of the Schools Initiative with the Posh Academy delivering a free coaching session prior to the interactive assembly with mascot Peter Burrow.

Every pupil in the school received a FREE ticket for a forthcoming game which also admitted an adult into the game free of charge.

Press Officer Phil Adlam said: “The Academy helped delivery an hour-long coaching session prior to the assembly, so a lot of the children were already full of excitement before we had even started the assembly. They were all very enthusiastic, engaged and loved meeting Peter.