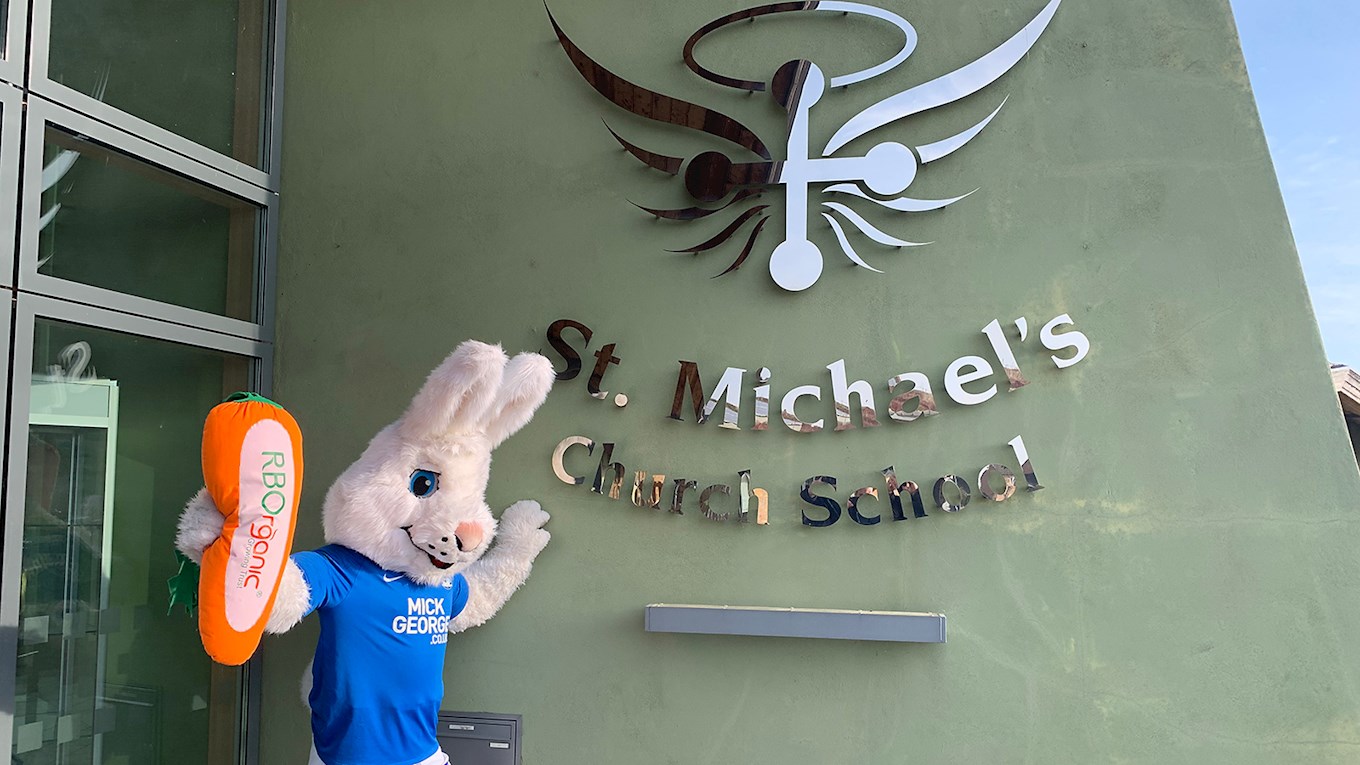 The Schools Initiative continued last Thursday with a visit to Cardea.

On Thursday of last week, the football club delivered a school assembly for pupils at St.Michael’s Primary School in Cardea before a visit to the adjoining nursery with mascot Peter Burrow a hugely popular figure at both.

Every pupil in the school received a FREE ticket to a forthcoming game at the Weston Homes Stadium with an adult also admitted free of charge. Press Officer Phil Adlam said: “This was one of the newer schools that we have visited as part of this initiative and it was actually the first one that we have visited that has included a trip to the adjoining nursery. Peter Burrow acted as goalkeeper at the nursery, allowing the kids to have a go at taking a penalty against him.

“We hope both the school and nursery enjoyed our visit and look forward to welcoming pupils to a forthcoming game.”