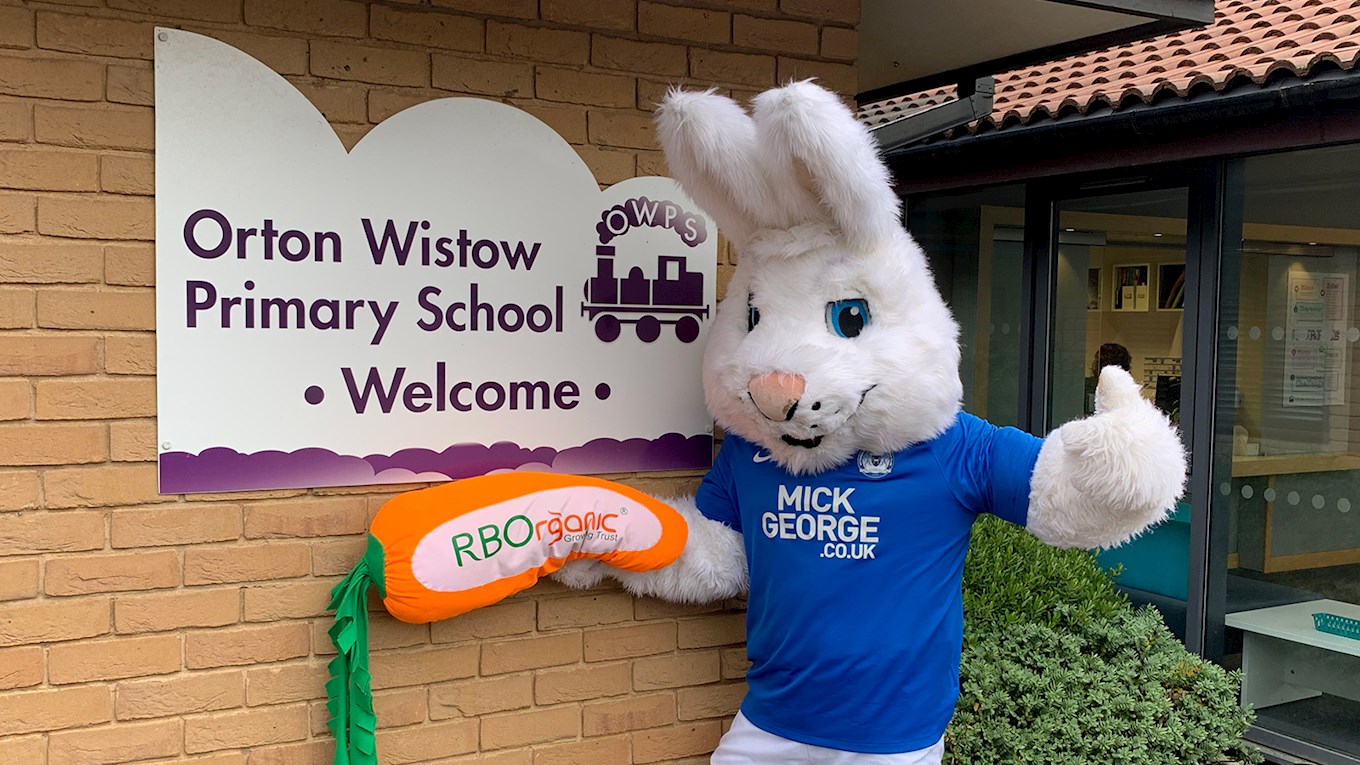 On Thursday last week, Peterborough United, alongside the Posh Foundation, delivered a special assembly to pupils at Orton Wistow Primary School, which not only featured the mascot Peter Burrow, but also included a presentation to the football team who were successful at the recent EFL Kids Cup, held at the Mick George Training Academy.

Every pupil in the school received a FREE ticket to a forthcoming game at the Weston Homes Stadium with an adult also admitted free of charge. Press Officer Phil Adlam said: “This assembly was slightly different, not only did we deliver our normal structure featuring the mascot and the free tickets, but we also presented the trophy to the children that had been successful in the recent tournament in front of their classmates. It was great to work closely with the Foundation on the deliverance, which featured the core values of the Premier League Primary Stars programme.