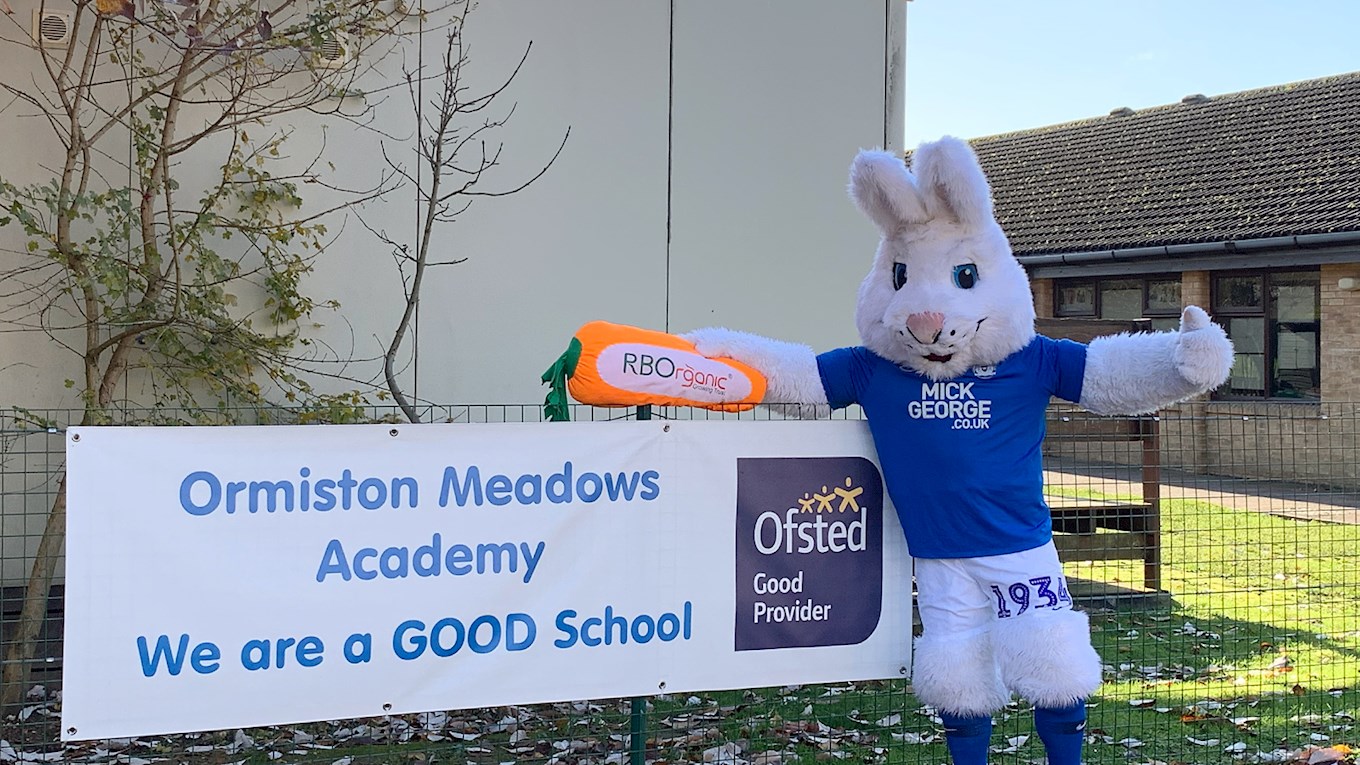 On Monday, the football club conducted an assembly for pupils at Ormiston Meadows Academy in Peterborough as part of the Schools Initiative with mascot Peter Burrow again the star attraction.

Every pupil in the school received a FREE ticket to a forthcoming game at the Weston Homes Stadium with an adult also admitted free of charge. Press Officer Phil Adlam said: “It was great to visit Ormiston Meadows Academy and what a warm welcome we received. The school had been to the Club Shop and purchased a football and a mini Peter Burrow to give away to two lucky pupils and Peter helped pick out the winners. That was a really nice touch.