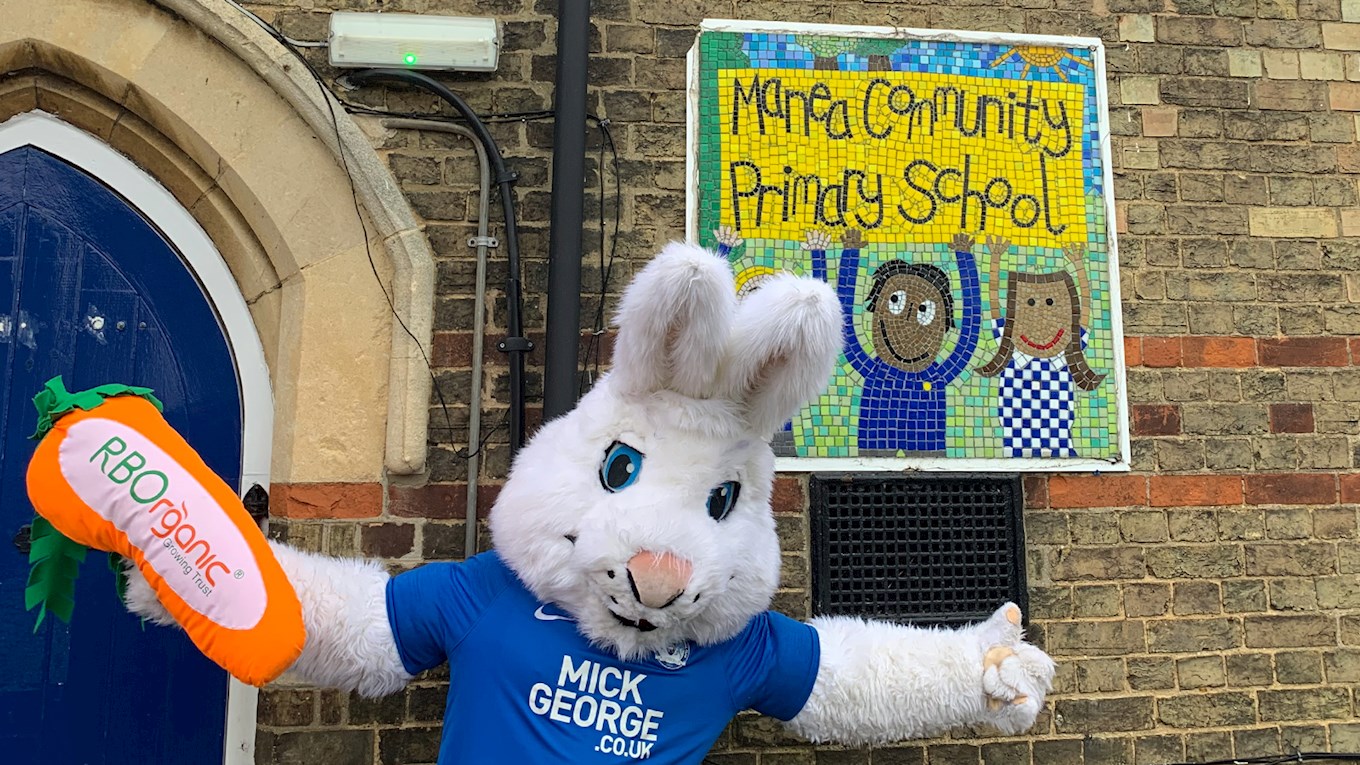 The Schools Initiative continued earlier this week with a visit to Manea.

On Monday, the football club visited Manea Primary School as part of the Schools Initiative alongside mascot Peter Burrow, who was a big attraction for the pupils during the 15-minute assembly.

Every pupil in the school received a FREE ticket for a forthcoming game which also admitted an adult into the game free of charge.

Press Officer Phil Adlam said: “It was fantastic to visit Manea Community Primary School on Monday. Manea is a little village just outside of March and the school is full of enthusiasm and achievement. Peter thoroughly enjoyed meeting everybody and spending time at the school.