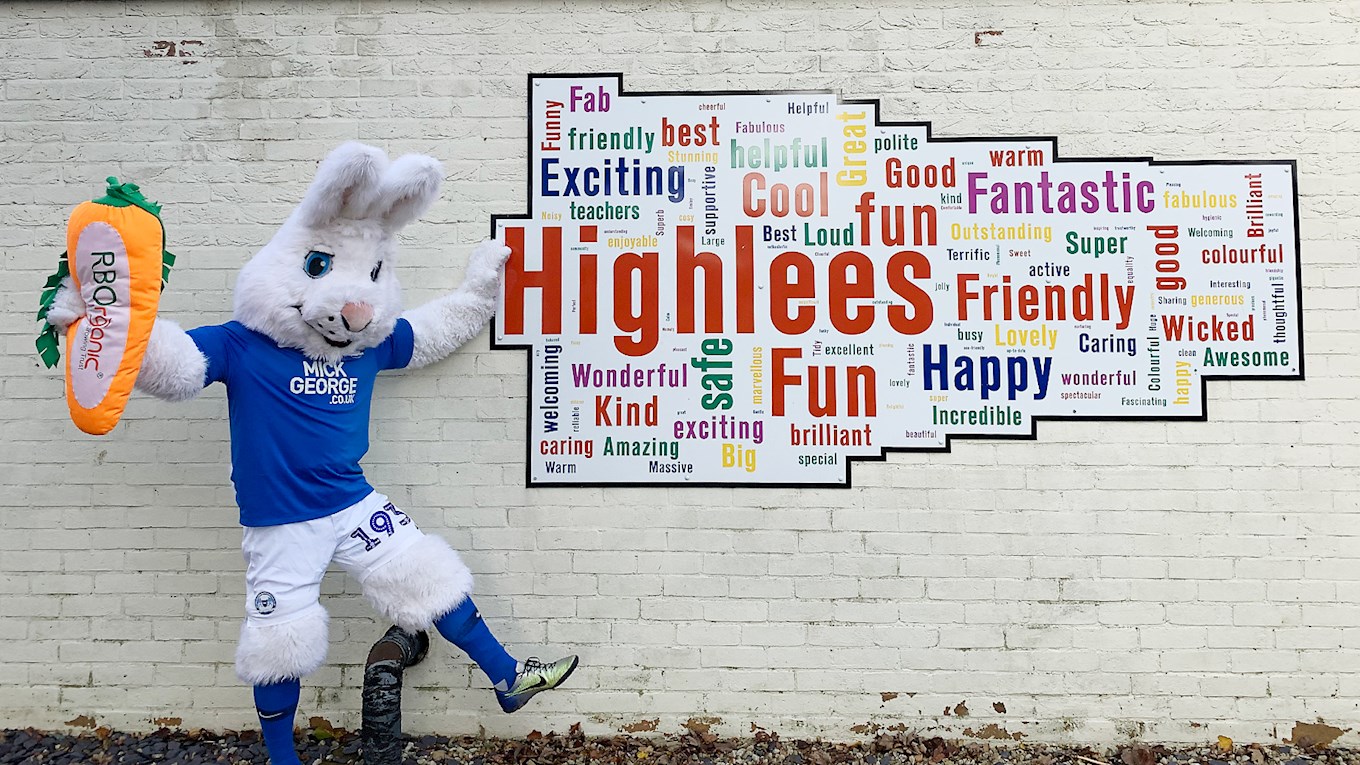 The Schools Initiative continued on Monday with a visit to Highlees.

On Monday, the football club delivered a school assembly for pupils at Highlees Primary School in Westwood with mascot Peter Burrow continuing to create memories for youngsters with over 400 pupils of varying languages present.

Every pupil in the school received a FREE ticket to a forthcoming game at the Weston Homes Stadium with an adult also admitted free of charge. Press Officer Phil Adlam said: “Highlees Primary School have over 400 pupils with many different languages spoken, so it was great to spend time delivering an assembly and hopefully encouraging pupils to come along and watch the football club in action.