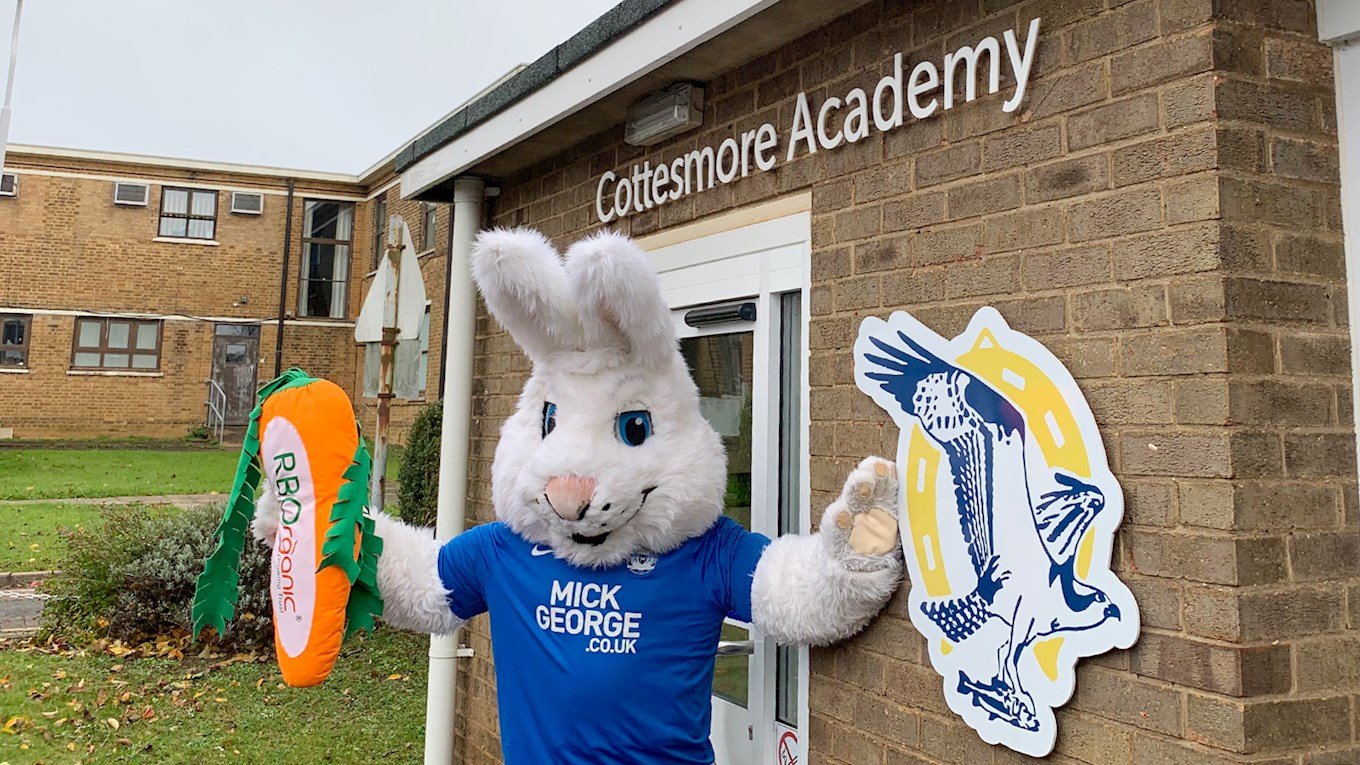 The Schools Initiative continued on Tuesday with a visit to Cottesmore Primary School.

On Tuesday, the football club delivered a school assembly for pupils at Cottesmore Primary School, which is situated on the Army base.

Every pupil in the school received a FREE ticket to a forthcoming game at the Weston Homes Stadium with an adult also admitted free of charge. Press Officer Phil Adlam said: “It was great to visit Cottesmore Primary School, which is quite unusual as it is situated on the army base. The children were very enthusiastic and hopefully they enjoyed meeting Peter Burrow!