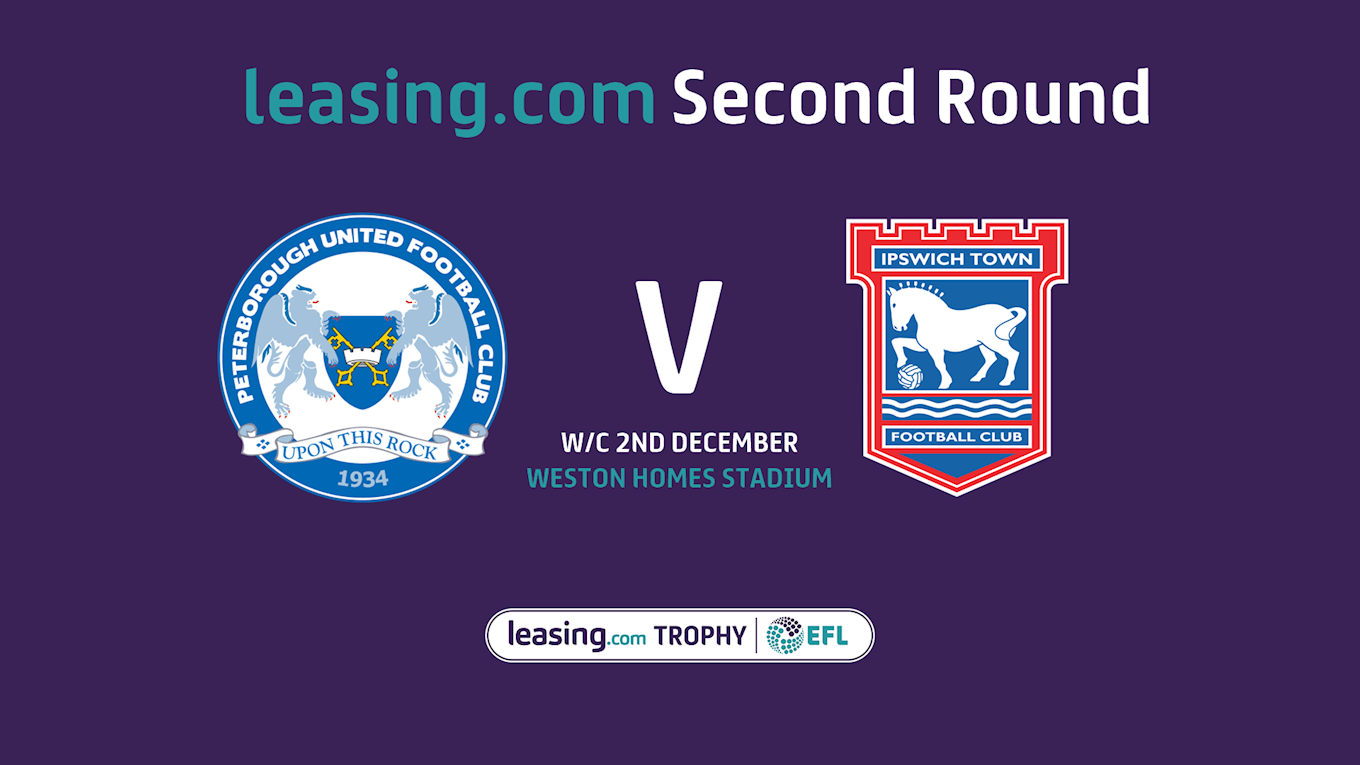 Peterborough United will face fellow promotion challengers Ipswich Town in the second round of the Leasing.com Trophy at the Weston Home Stadium.

Posh progressed from the group stages of the competition after topping the league with victories over Northampton Town, Arsenal U21s and Cambridge United.

The tie is set to be played week commencing 2nd December. Ticket details will be announced in due course.