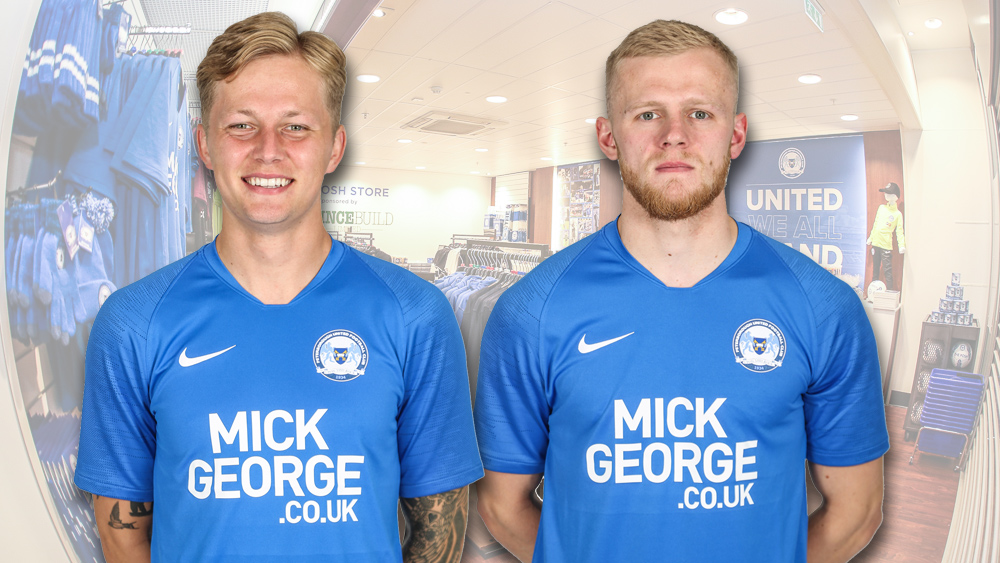 Peterborough United defensive duo Frankie Kent and Frazer Blake-Tracy will be meeting supporters in the new Posh Store in Queensgate on Thursday 14th November with the duo available from 4.30pm until 5.30pm.

The new store, which opened last week situated between Lush and H&M on the top floor, has been popular with shoppers as the countdown to Christmas gets underway. The store, which not only includes replica kit, ideal festive presents and advent calendars, but is also stocking exclusive Nike merchandise only available there.

Blake-Tracy, who joined Posh in the summer from Kings Lynn, and Kent, who arrived from Colchester United, will be available to sign autographs, pose for pictures and chat with fans. We can also confirm that Peter Burrow will also be in-store too at the same time.

A club spokesman said: “It has been a busy few days since the store opened and it has been great to meet supporters, old and new. We wanted to arrange an appearance after school so children can have the opportunity to come down and meet the two Posh players and our always popular mascot Peter Burrow. We look forward to seeing everybody!”