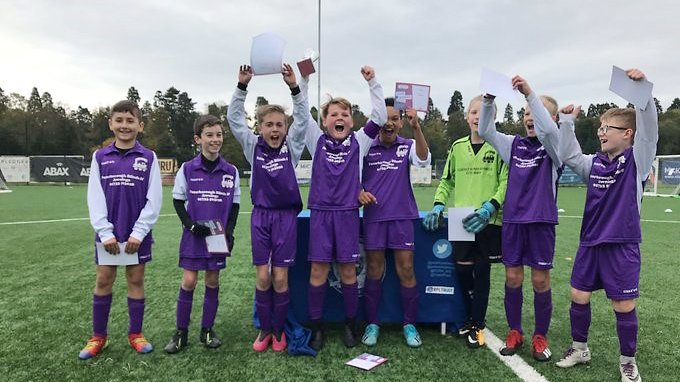 Over 30 schools participated in the EFL Kids Cup at the Mick George Training Academy.

On Wednesday 6th November, 30 schools from the Peterborough area travelled to the Mick George Training Academy to compete in the EFL Kids Cup, sponsored by Utilita. This regional competition was put on by the club and featured matches of six-a-side teams from schools in the surrounding areas.

The matches took place on the clubs 3G pitch and consisted of group stages followed by three knockout rounds producing a fun filled morning of football for both the players and the spectators.

The tournament ended with a superb display of football in the final between Orton Wistow Primary School and Hampton Hargate, where the former came out 3-1 winners. Orton Wistow will now progress into the Southern regional area tournament and will compete against divisional teams including Portsmouth, Oxford United and Wycombe Wanderers. The players will be kitted out in a Posh strip and represent the football club at this tournament.

The overall winner of the Southern games will then progress and get to play at Wembley Stadium in the national finals.

Peterborough United Foundation’s Community Manager Gavin Slater said: “It was a really good morning. We had 30 schools from the local area competing and the final was a great end to the tournament. I would like to thank all of the teachers and pupils for attending and playing in such great spirit and the coaches and staff that have given up their time to ensure the tournament was a success. It would not be possible without them. We look forward to working with Orton Wistow with an assembly planned so that they can be presented with the trophy in front of their classmates and wish them well in the regional final.”