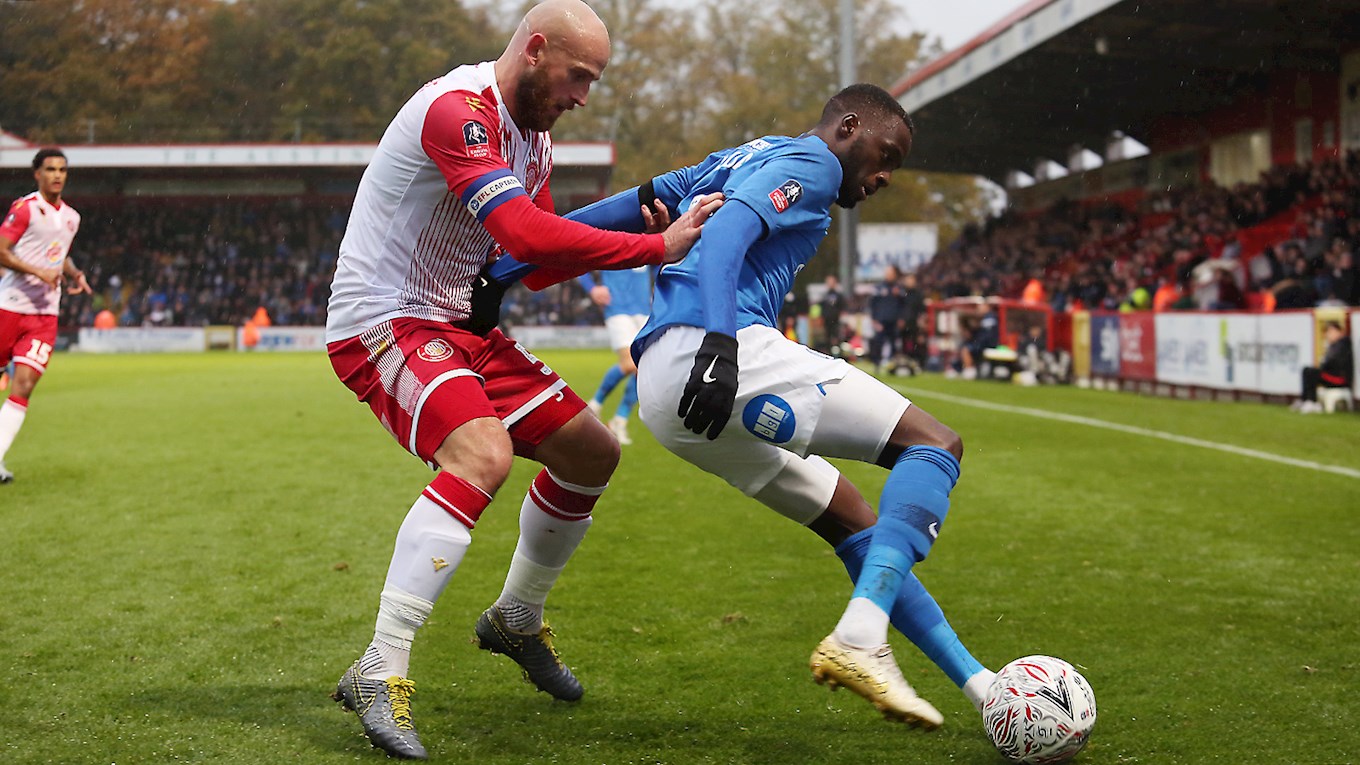 Match report for Stevenage vs Peterborough United on 09 Nov 19

Marcus Maddison scored in the second half to earn a replay for Posh against Stevenage.

Peterborough United and Stevenage will play again at the Weston Homes Stadium after a 1-1 draw in this Emirates FA Cup first round tie at the Lamex Stadium with Marcus Maddison earning a second crack with a fine strike deep in the second half.

Posh made a bright start to the contest with Marcus Maddison seeing an early free-kick kept out by the keeper before defender Frankie Kent saw an effort from the resulting corner somehow kept out by a combination of the goalkeeper and defender on the line.

The hosts were dealt a double blow before the quarter hour mark with Watts and Parrett both limping out of proceedings. Maddison sent an effort over the bar from 30-yards on 20 minutes after cutting inside onto his left-foot.

Nathan Thompson was booked for a foul on 23 minutes as Stevenage tried to break out from the back. After a delay of 10 minutes at the break due to a floodlight failure, the second half got underway with Butler cautioned inside the opening minute for a foul on Guthrie.

Farman produced a superb stop to keep out an Eisa effort on 55 minutes, the keeper somehow tipping the effort over the bar. However, moments later, Posh were behind, LIST taking advantage of a poor header from Butler and then clearance by Reed before drilling a low shot past Pym.

Maddison saw a stinging drive kept out by Farman on 57 minutes after a poor Nugent clearance. Posh felt like they should have had a spot-kick on 65 minutes as Toney was felled in the box, but nothing was given by the official. Burrows then fired over as Posh made two changes with Dembele and Mason introduced.

Maddison skied an effort on his right-foot on 70 minutes after good work from Toney before Posh made their final change with Joe Ward introduced. Posh drew themselves level on 78 minutes and it was a fine strike from Marcus MADDISON, his rasping left-foot drive flying past Farman and into the back of the net.

Farman produced a superb stop to keep out Maddison again on 84 minutes, somehow tipping the effort onto the outside of the post. Four minutes of added time was indicated by the fourth official but Posh couldn’t force a winner and a replay will be required at the Lamex Stadium.