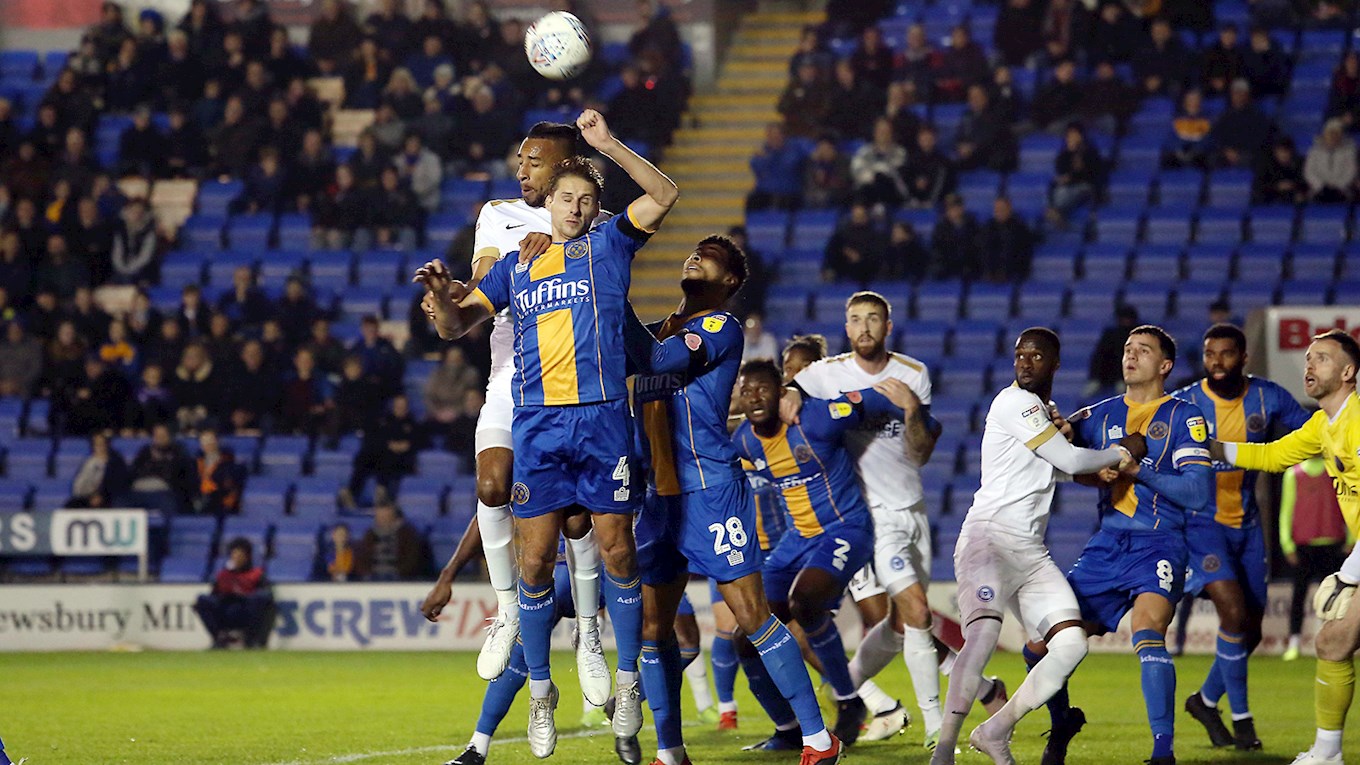 Peterborough United suffered a second successive Sky Bet League One defeat as Shrewsbury secured all three points with a combative display at the Montgomery Waters Stadium with Ethan Ebanks-Landell’s first half goal the difference between the sides.

Marcus Maddison fired wide from 25-yards inside the opening five minutes after good work from Nathan Thompson, included in the starting line-up in the league for the first time from the start.

Maddison curled a free-kick into the wall on 26 minutes before successive corner kicks from the winger caused plenty of panic without an end product. Joe Murphy was well placed to keep out a flicked effort from Beevers on the half hour mark after a good header down from Boyd.

Dave Edwards squandered a fine chance to break the deadlock on 36 minutes after a miss-kick from Bennett, the experienced former Wolverhampton Wanderers man blasting wide of the near post. Posh striker Toney needed treatment moments later after a crunching tackle from Ebanks-Landell, the defender not even booked for the foul.

Toney was cautioned for a foul three minutes before the break, a booking that rules him out of the league fixture with Burton Albion later this month. Pym produced a good reaction stop to keep out Cummings on 43 minutes as the hosts began to get on top.

Shrewsbury opened the scoring in first half stoppage time as a free-kick conceded by Bennett, who was booked, was stabbed goalwards by Beckles, Pym did well to keep that effort out but couldn’t prevent EBANKS-LANDELL from poking home the rebound from close-range.

On 52 minutes, Posh won a spot-kick as Toney was pushed in the box by Beckles. Maddison took the spot-kick but saw his left-footed effort saved by goalkeeper Murphy. Posh made a double change on the hour with Siriki Dembele and Idris Kanu replacing Boyd and Maddison.

Toney whistled a shot wide of the upright on 63 minutes after linking well with Knight as Posh came close to levelling the scores. Butler was cautioned on 85 minutes for dissent as the game ended in frustration for Posh players and management alike.

The home side had two players cautioned for time wasting in the final 10 minutes as they saw out the game.