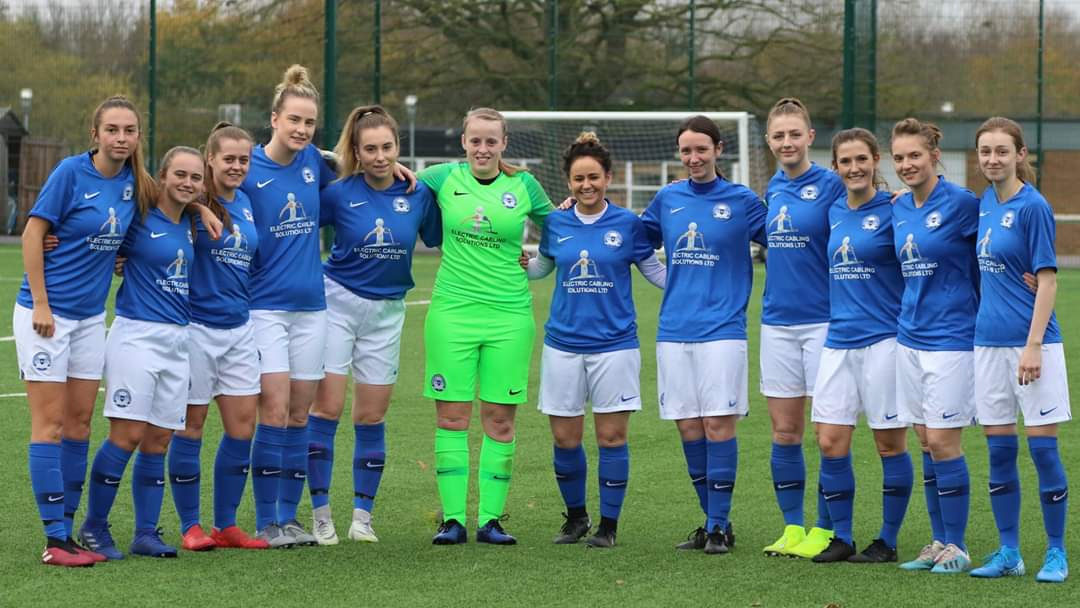 Peterborough United Ladies remained top of the East Midlands Premier thanks to a 9-1 victory against Loughborough on Sunday afternoon (24th November).

Posh had a fantastic start to the game when Donna McGuigan scored in the opening five minutes. Keir Perkins and Megan Parrett also got on the scoresheet in the first half to make it 3-0 to Posh at the break. Loughborough did have chances of their own but were denied by goalkeeper Sophie Powell on her return after four months out due to injury.

Posh looked even more convincing in the second half and scored ten minutes after the restart from a long range effort from Leah Crawford. Shortly after, McGuigan added her second of the game.

Substitute Laura Dodwell finished well to grab the sixth goal for Posh and Stacey McConville well executed lob made it seven for Posh, before Perkins secured her hat trick in the last ten minutes. Loughborough did manage to find the back of the net, meaning the final score was Posh 9-1 Loughborough.

Posh are straight back in league action on Wednesday (27th November) vs Kettering Town. 7:30pm kick off at the Mick George Training Academy.

Player of the match: Megan Parrett