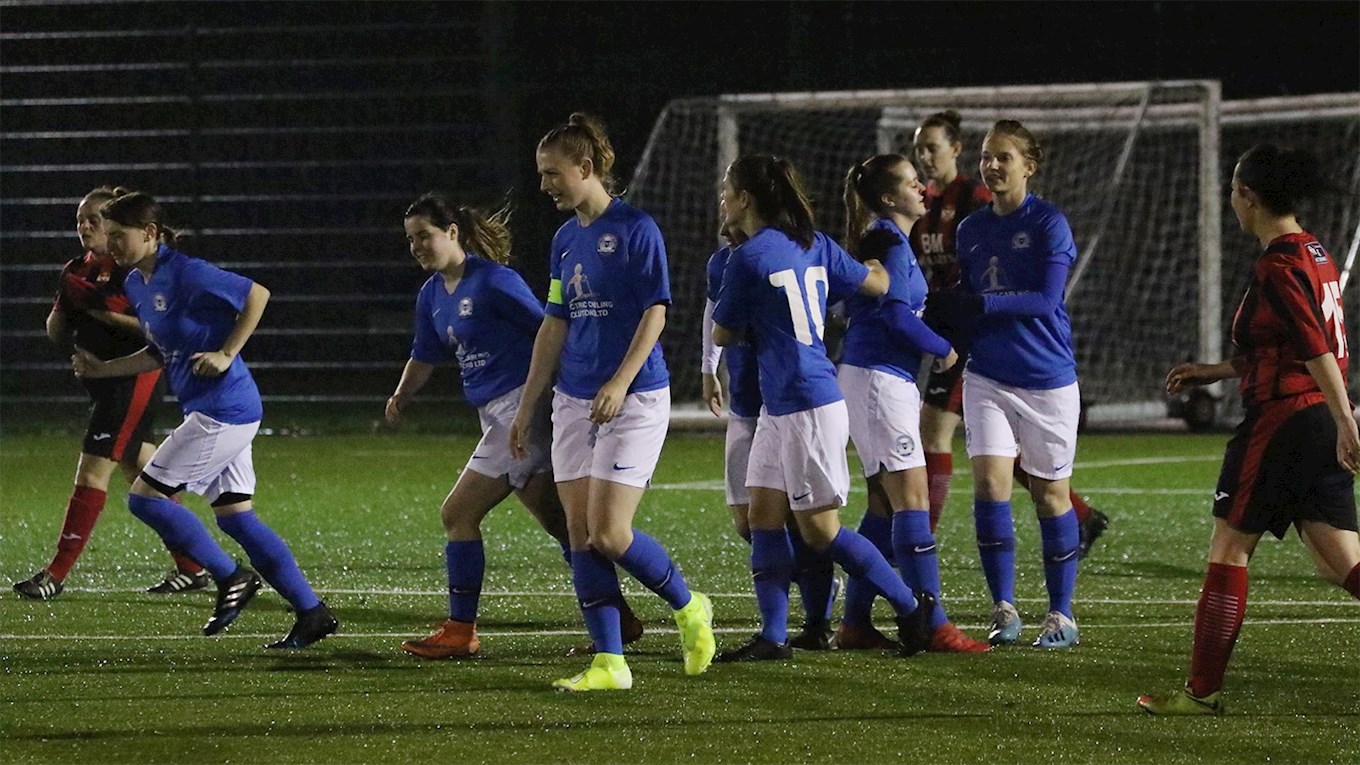 Peterborough United Ladies made it two wins in four days with another convincing league victory, this time at the expense of Kettering Town Women.

Posh started brightly and Donna McGuigan scored two goals in the opening five minutes, her second from the penalty spot. Stacey McConville added two of her own in the first half, her first assisted by McGuigan. Posh went in at the break with a comfortable 4-0 lead.

Posh began the second half much like the first, with an early goal thanks to Captain Keir Perkins. Perkins scored a second half hat trick, combining well with strike partner McGuigan who was involved in two of Perkins goals. Laura Beckett also grabbed a brace on her first game against her former club, her first a fantastic low driven shot.

Substitute Laura Dodwell also got on the score sheet when she cleverly converted from Emma Stevenson’s low driven cross. Kettering did score in the closing minutes of the game, to make the final score 10-1 to Posh.

Player of the match: Keir Perkins