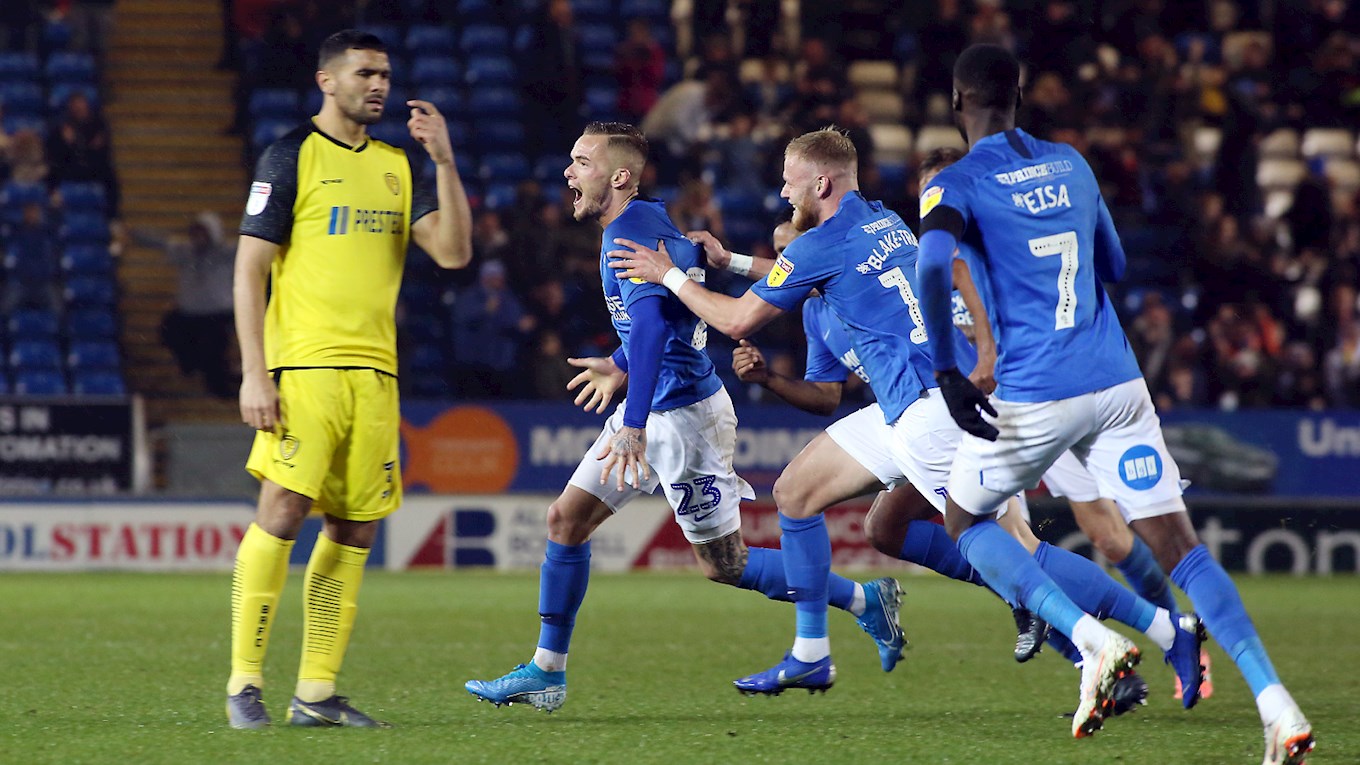 Joe Ward, just like he has been before, was the hero for Peterborough United as he crashed home a stupendous winner a minute into stoppage time to secure a 1-0 victory over Burton Albion at the Weston Homes Stadium.

Scott Fraser fired wide on six minutes following a low centre from the left as Burton created the first opportunity in the game. Marcus Maddison fired over from long-range at the other end, it looked like it took a deflection but the referee gave a goal kick much to the winger’s frustration.

Brayford fired wide of the near post after advancing from right-back as the game reached the 10-minute mark. Templeton curled a shot wide of the target on 37 minutes after a controlled spell of possession from the visitors.

Edwards was cautioned for a foul on Maddison on 52 minutes, the experienced defender extremely lucky as it was a late challenge. Eisa’s shot on the turn was well blocked by Wallace moments later as Burton struggled to clear a Maddison corner kick.

Posh made a change just before the hour with Siriki Dembele replacing 17-year-old Jones in attack. Burton made a change themselves moments later with Broadhead replacing Templeton. Maddison stung the gloves of O’Hara on 62 minutes after excellent initial play from right-back by the marauding Thompson.

Ward was cautioned for dissent on 63 minutes as he showed his frustration at not getting a throw-in. Pym produced his first save of the afternoon on 67 minutes to keep out a left-foot curler from Edwards as Burton came close to finding the breakthrough.

O’Hara produced a flying save to keep out a well struck Beevers half volley on 83 minutes as Posh pushed in the final 10 minutes. In the first of six minutes added time, Posh got themselves in front and what a goal it was, Joe WARD with a stupendous strike from 30-yards which arrowed into the top corner. A superb goal to win any game let alone this one.