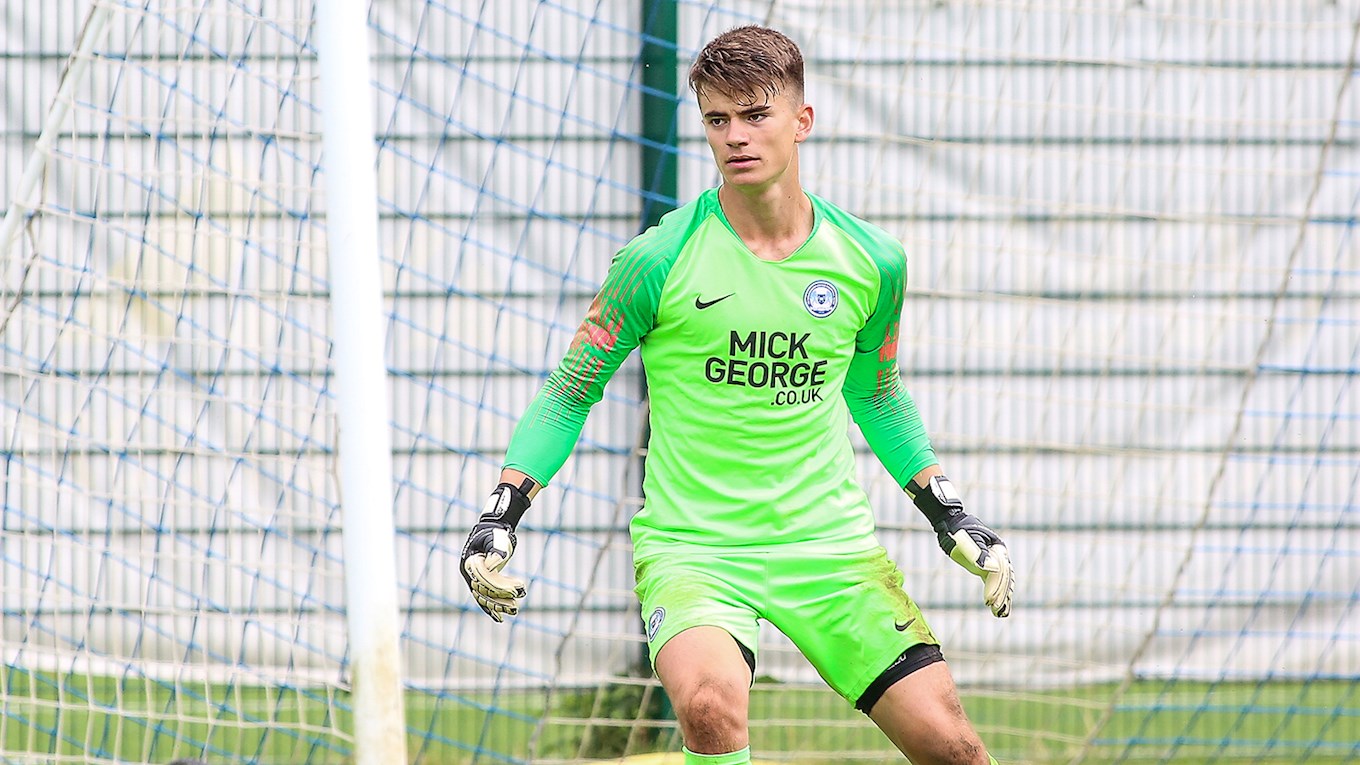 The Peterborough United under 18s, featuring a host of changes, bounced back from the FA Youth Cup second round defeat at Stevenage, with a 2-1 victory over Milton Keynes Dons to keep up the pressure on league leaders Northampton Town.

Matthew Etherington’s men were indebted to a last minute penalty save from goalkeeper Josh Allen to preserve all three points after goals from Shaun Ruzvidzo, his second in two games, and under 16s midfielder Kellan Hickinson.

Etherington was pleased with his side’s determination: “We played well in the first half, there were a lot of changes from the Youth Cup tie and there had to be because most of the players had performed for 120 minutes. It was too much to ask for them to play 48 hours after that fixture. We gave those that needed a game a chance and in the first half we deserved to be in front.

“In the second half, we dropped off a little bit, but the most important part was that we got the three points and that keeps us very much in the mix with Northampton. If we win our game in hand we will go within two points of them and they play their final five games of the season away from home, so you never know what can happen.

“We had a number of under 16s involved and that is great for their development. We have a Youth Alliance cup quarter-final at Cambridge to look forward too now and that competition is important to us. We feel we can go all the way in that cup.”