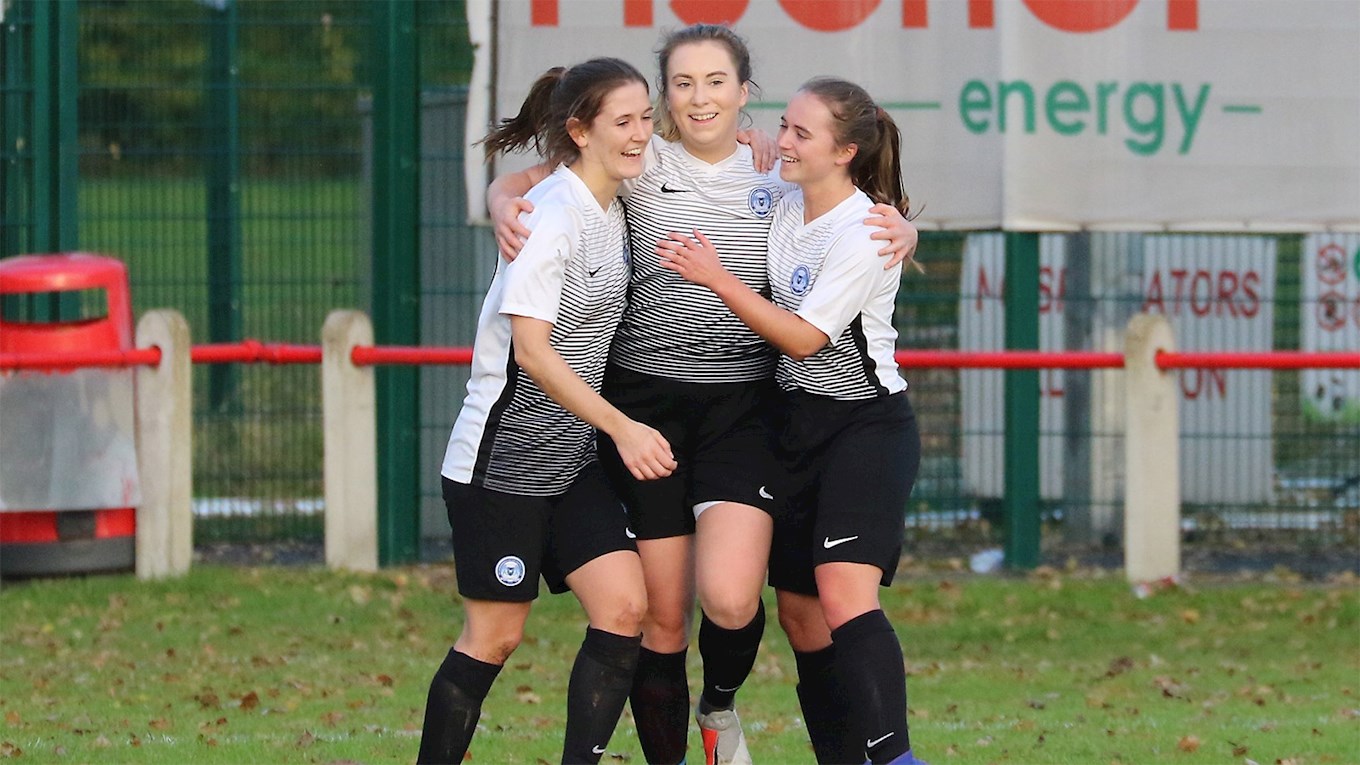 The Posh Ladies remain top of the league after a 4-1 victory on the road at Leicester City Ladies.

Posh travelled to Leicester on Sunday (10th November) looking to move back to the top of the league table, with league rivals Rotherham United without a fixture and Posh took full advantage.

Posh started the game very brightly and were playing some exceptional football, but were struggling to create many clear cut chances in front of goal - much to Leicester’s credit. But perseverance paid dividends for Posh and on the half hour mark, ever present captain and striker Keir Perkins scored to put Posh in front.

Posh looked likely to score the next goal of the game but Leicester grabbed the equaliser just before half time. Posh didn’t dwell and from the resulting kick off got back in front after a fantastic long range strike from Megan Parrett made it 2-1 to Posh at the break.

Posh played some fantastic football throughout and increased their lead when Parrett drilled the ball into the bottom corner for her second of the game. Laura Beckett secured the win just before the final whistle, with an audacious lob.

A much improved performance from Posh and another important win in the league.

Posh return to cup action next Sunday (17th November) where they face Roade (away) in the Northamptonshire Women’s Cup.