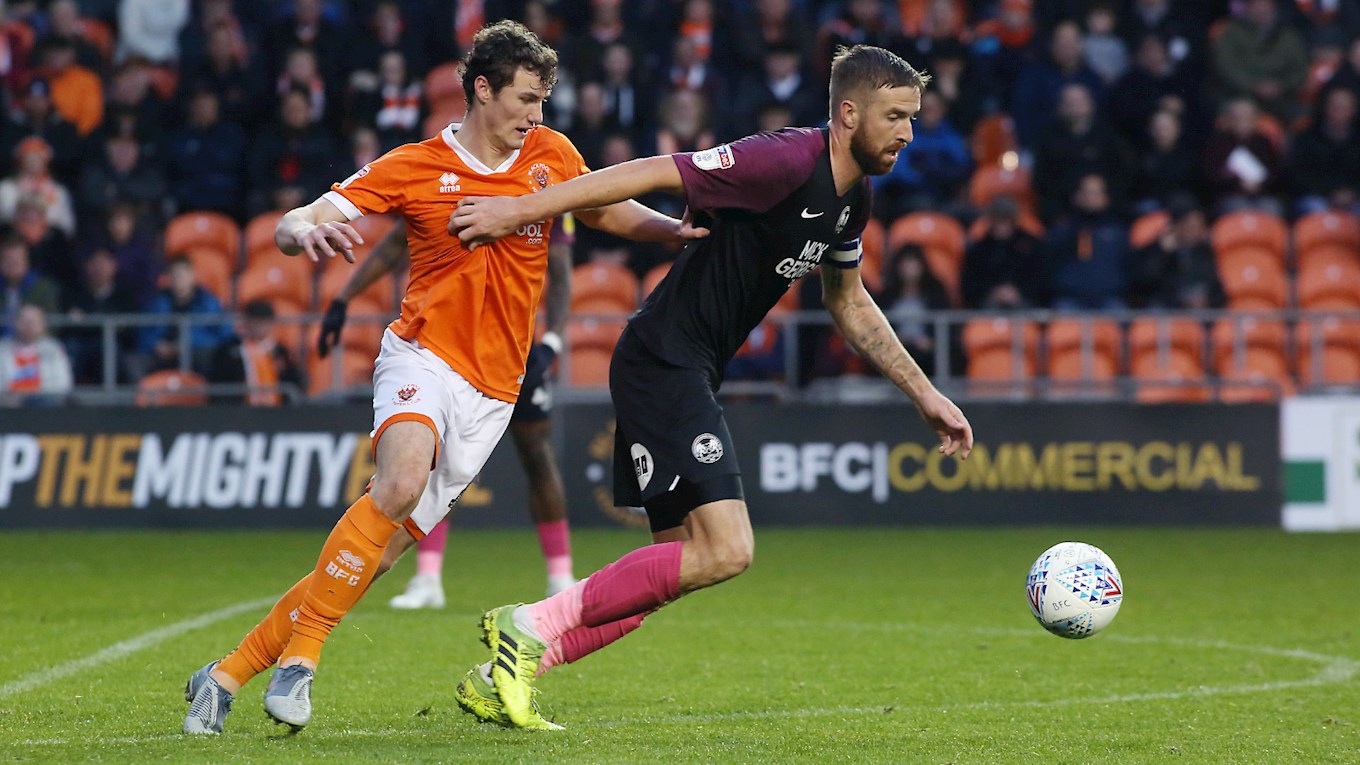 Match report for Blackpool vs Peterborough United on 02 Nov 19

Peterborough United suffered only their second defeat in 14 games as Blackpool came out on top in a seven goal thriller at Bloomfield Road, but Darren Ferguson will be bitterly disappointed with the nature of all four goals his side conceded on a crazy afternoon in Lancashire.

Posh conceded two own goals, a penalty and will feel they could have done better with the other Armand Gnanduillet effort as goals from Mo Eisa, Ivan Toney and Marcus Maddison were not enough for any points in Sky Bet League One.

The hosts made a lively start but the first real action occurred on 10 minutes as James Husband was cautioned for a foul on Ivan Toney, leading to free-kick. Toney took it but curled the ball straight into the wall with Boyd and Maddison seeing follow-up efforts blocked.

Posh opened the scoring on 12 minutes and it was a 12th goal of the campaign for Mo EISA who took a touch onto his right-foot and saw a curling effort fly into the top corner, via the aid of what appeared to be a slight nick off a defender.

Dan Butler was cautioned on 20 minutes for a foul on Feeney by referee James Oldham. On 27 minutes, the hosts got themselves level as a huge punt forward from Alnwick managed to find Gnanduillet, he held off Kent before a retreating Mason toe-poked the ball past Pym and into the net.

Gnanduillet headed wide from a Feeney delivery on 34 minutes as the home side pressed. Jay Spearing was lucky to escape with just a yellow card moments later after a rash challenge on Butler right in front of the technical areas.

The homes side got themselves in front on 41 minutes as a cross-shot from Husband was kept out by Pym but only at the expense of a second opportunity for GNANDUILLET who made no mistake from 10-yards. Posh levelled the scores on the stroke of half-time, a fine run and cross from Dan Butler and Ivan TONEY stooped to head home past a scrambling Alnwick.

The home side got their noses in front on 47 minutes as Beevers was penalised for an alleged foul on Gnanduillet in the box. GNANDUILLET took the spot kick and sent Pym the wrong way from the spot. Delfouneso fired wide after a strong run on 50 minutes as Blackpool came close to making it 4-2.

Husbands drilled a left-foot shot wide of the target from 25-yards on 55 minutes as the hosts piled forward with Posh struggling to get any foot-hold in proceedings. Toney had the ball in the net from a Maddison delivery on 62 minutes but it was chalked off, presumably for handball.

Toney then saw a header kept out by Alnwick who dived to his left to parry the effort before Pym was well placed to deny Gnanduillet at the other end. Posh got themselves level on 70 minutes as Marcus MADDISON coolly converted from the spot after Beevers was felled in the box by Edwards.

The home side were not level for long, Maddison’s corner was claimed by Alnwick, he bowled it to Feeney and his low cross was turned past his own keeper by Butler from close-range. Serhat Tasdemir replaced Boyd on 84 minutes. The former AFC Flyde man fired over from the edge of the box on 85 minutes after an intelligent cut-back from Knight.

Eisa had a chance in stoppage time after a Beevers knock-down but he couldn’t repeat his heroics of last week, off balance, firing wide with his left-foot.