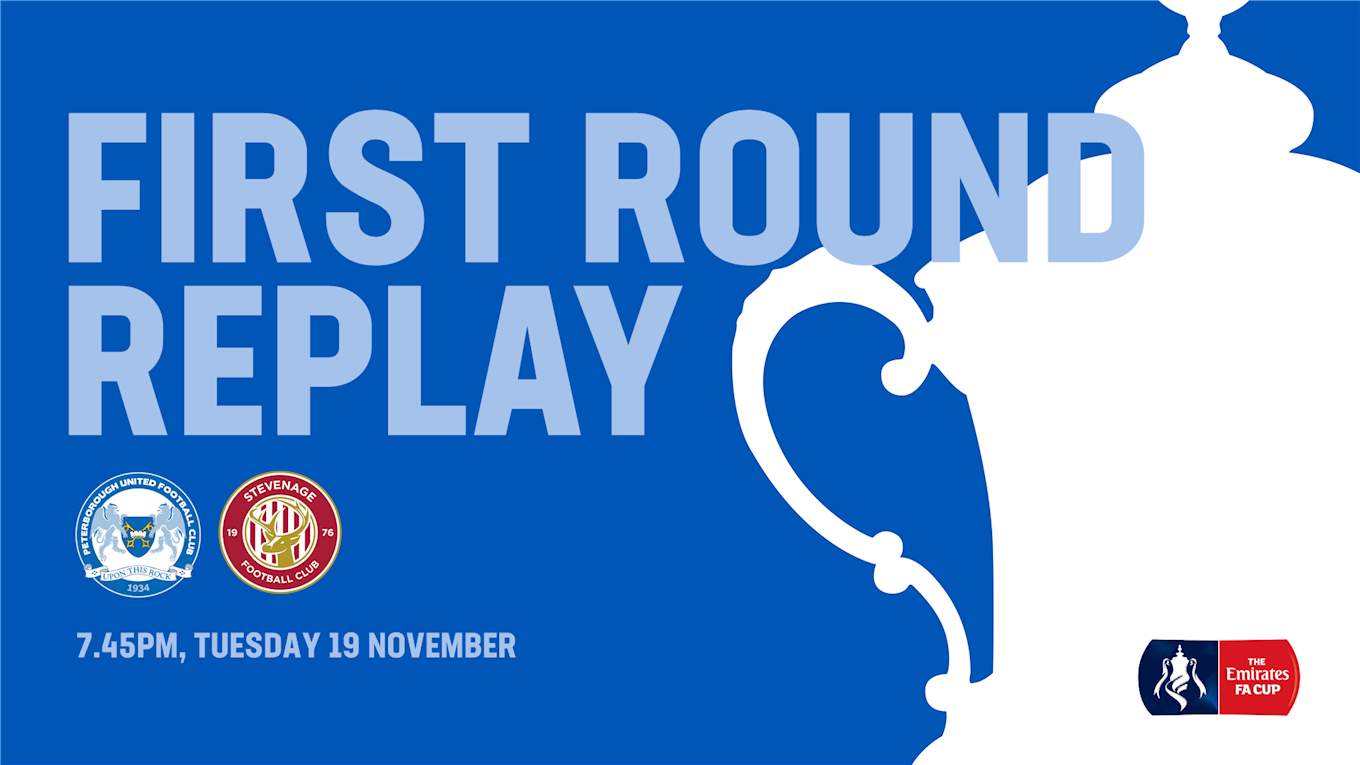 Match preview for Peterborough United vs Stevenage on 19 Nov 19

Peterborough United welcome Stevenage to the Weston Homes Stadium on Tuesday evening for the Emirates FA Cup first round replay (7.45pm) with National League side Dover Athletic awaiting the winners in the second round of the competition.

The first game was jam packed full of incident with a floodlight failure, a sublime Marcus Maddison equaliser and a catalogue of injuries for the hosts, the game eventually ending 1-1 despite a dominant performance up until the final third from Darren Ferguson’s men.

Posh are still without the services of midfielder George Boyd due to injury with the former Stevenage man expected to miss the clash with Burton Albion on Saturday too. Josh Knight is back in the squad after illness while Joe Ward has recovered quickly from the knock he sustained in the Leasing.com Trophy win over Cambridge United.

Stevenage could give a start to former Posh striker Craig Mackail-Smith with Kurtis Guthrie among those on the treatment table. Dean Parrett limped out of the 1-1 draw while another ex-Posh player, defender Tyler Denton is struggling with a hamstring injury. Stevenage postponed their weekend fixture due to international call-ups.

“We are at home, our record at the Weston Homes Stadium has been good and we are looking forward to the game. We know that didn’t fire in the final third in the first game, but in the main, we did okay and we just need to take the positives into this replay. Stevenage will have to make changes from the original tie because they have injuries and players away. We are in good shape with just George missing,” Darren Ferguson said.

Tickets are on sale at www.theposhtickets.com, via the Ticketmaster hotline 0844 847 1934 (calls cost 7ppm plus your network access fee) and in person at the Weston Homes Stadium Ticket Office. Ticket prices are as follows;

If the tie is level after 90 minutes, there will be 30 minutes of extra time with penalties if required.