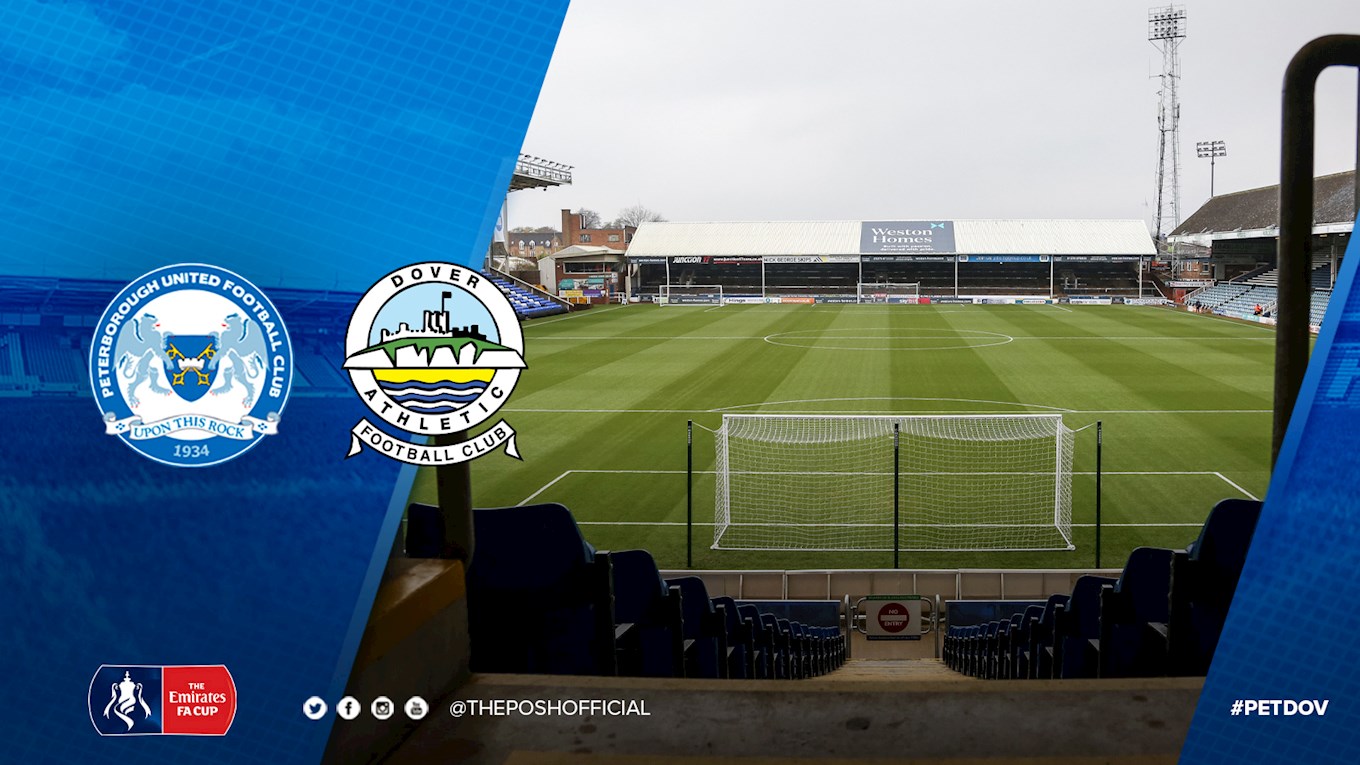 It is Emirates FA Cup second round action on Sunday with Dover Athletic visiting the Weston Homes Stadium.

Peterborough United welcome National League side Dover Athletic to the Weston Homes Stadium on Sunday afternoon (2pm) for the second round of the Emirates FA Cup with the winner set to go into the third round draw, which takes place on Monday evening.

Andy Hessenthaler’s men knocked out fellow League One side Southend United in the first round of the competition thanks to a 1-0 victory while Posh needed a replay to see off Stevenage with a 2-0 success at the Weston Homes Stadium after a 1-1 draw at the Lamex Stadium in an eventful fixture, which saw a floodlight failure and a superb equaliser from Marcus Maddison.

The tie with Dover will form part of the BBC show on Sunday that features live updates and ‘goals as they go in’. Dover were beaten 4-3 by Maidenhead in their last National League fixture while Posh beat Burton Albion 1-0 thanks to a superb strike from Joe Ward.

Posh welcome back striker Ivan Toney from suspension after he sat out the 1-0 win over Burton after reaching five yellow cards. Midfielders Josh Knight and George Boyd are both injured, but there are no other injury worries to contend with for boss Darren Ferguson.

Dover Defender Will De Havilland, fit again after an ankle problem, could be pushing for a start while midfielder Kurtis Cumberbatch may also be in line for a recall. Skipper Kevin Lokko this week trained for the first time since picking up an ankle injury, although the game may come too early for the defender.

Striker Ruel Sotiriou, who scored the winning goal against Southend in the previous round, has been recalled by parent club Leyton Orient after completing his one-month loan deal.

“Dover have an excellent away record and will be a tricky opponent. They will come with nothing to lose, almost like a free hit and we will have to be at our best. The fact they beat Southend in the first round is a great example of why they should not be underestimated and I will make sure they are not,” Darren Ferguson said.

“To get through the last round against Southend was a tremendous effort by the players, but we’re now playing a League 1 team who are flying so we’re very much the underdogs. We watched their replay last week (the 2-0 win over Stevenage) and they’re a very good footballing side who move the ball quickly.

“We know what to expect, but all the pressure is on them. No one expects us to get a result. We’ll have to play to our maximum and hope they have an off day but what you don’t want is players coming off knowing they could have given a bit more.

“I don’t think they will because they are all looking forward to it. We’re all excited by the chance to get into the third round,” Dover boss Andy Hessenthaler said.

Tickets are on general sale at www.theposhtickets.com, via the Ticketmaster hotline 0844 847 1934 (calls cost 7ppm plus your network access fee) and in person at the Weston Homes Stadium Box Office. The Motorpoint Stand will be closed for this fixture. Season ticket holders' seats will be reserved until 10am on 1st December.

The prices are as follows;