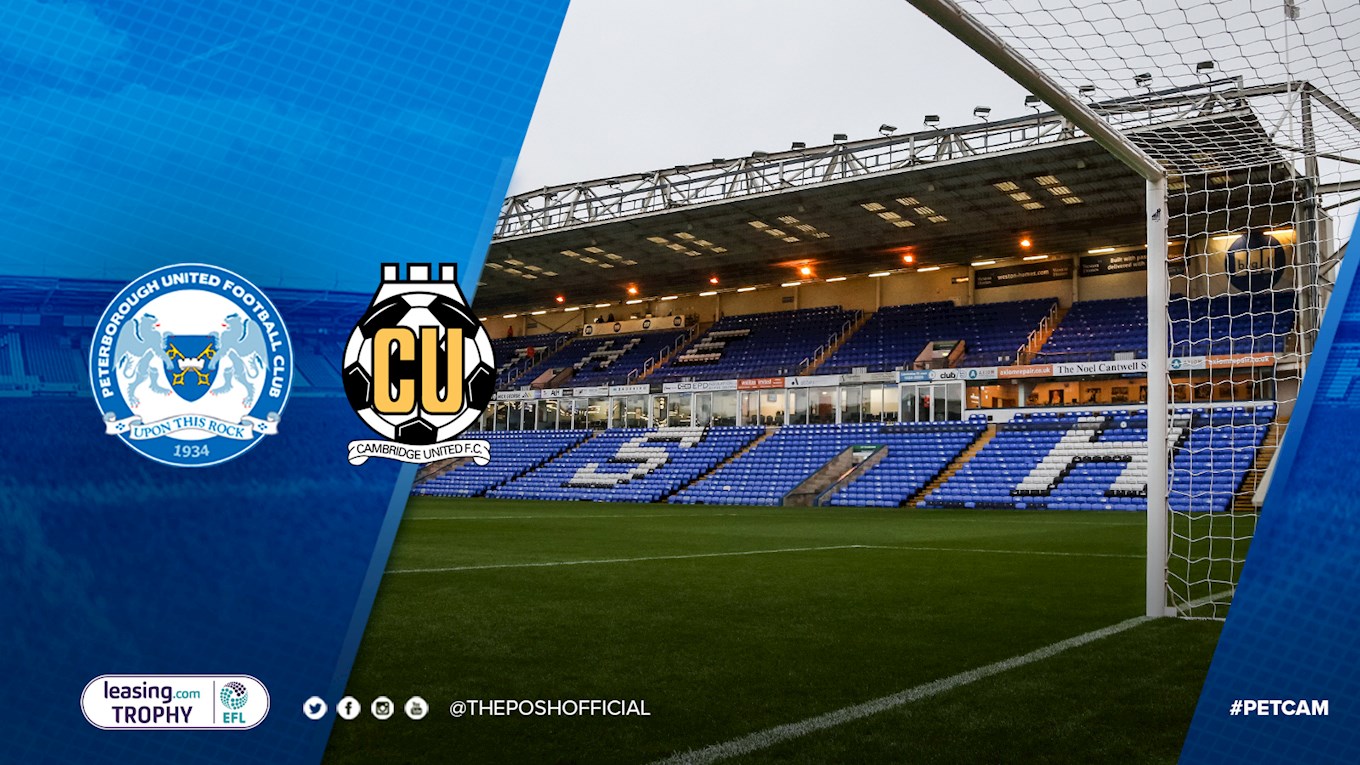 Peterborough United conclude the group stage of the Leasing.com Trophy against local rivals Cambridge United at the Weston Homes Stadium (7.30pm) on Tuesday evening looking to make it three wins from three in the competition.

So far, Darren Ferguson’s men have beaten Northampton Town and Arsenal under 21s without conceding a goal. Cambridge are already out of the competition and Posh are already through with the second round draw taking place at 2pm on Saturday afternoon.

Young striker Ricky-Jade Jones will be handed his first start against the Us as Posh look set to field a similar squad to the one that took the field against the Gunners. Idris Kanu, Siriki Dembele and Harrison Burrows are expected to start.

With Cambridge already out of the competition, Us boss Colin Calderwood is expected to shuffle his pack for the clash at the Weston Homes Stadium. They have several injury worries with Samir Carruthers among those on the sidelines.

“It is very rare that you have a competitive fixture where there is nothing riding on it for both sides, but we want to end the group stage with a win to make it three victories from three and at the end of the day, it is a local derby and the supporters will want us to win the match. I want the players to go out there and express themselves because it is a good opportunity for those not in the side to stake a claim to get in it because we have a few players with knocks and obviously Ivan Toney is suspended for the Burton game,” Darren Ferguson said.

Tickets are available at www.theposhtickets.com, via the Ticketmaster hotline 0844 847 1934 (calls cost 7ppm plus your network access fee) and in person at the Weston Homes Stadium Box Office. The Motorpoint Stand is closed for this fixture. Season ticket holders can watch the game free of charge. Cambridge had sold just over 100 tickets in advance at the weekend.

If the game is level after 90 minutes, the tie will go to a penalty shoot out to determine who gets the bonus point.