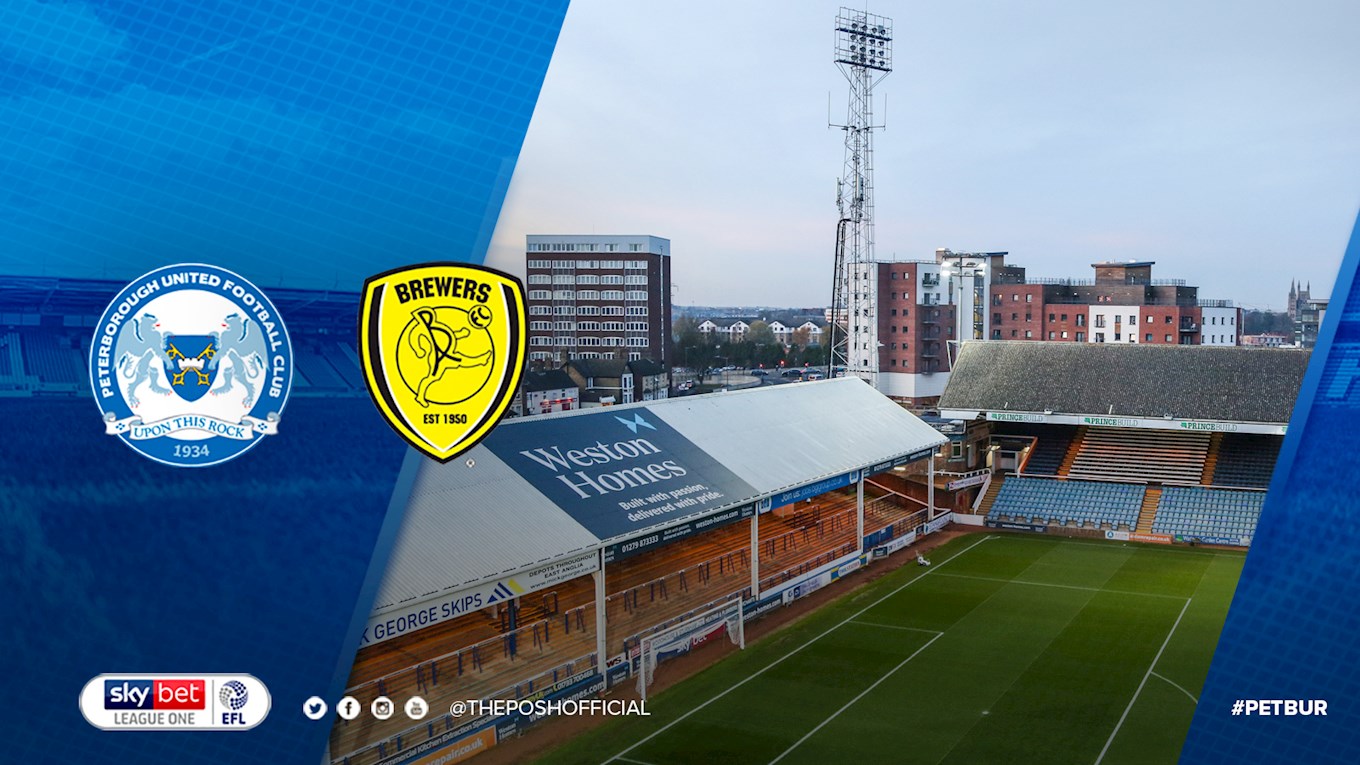 After back to back victories in cup competitions, Peterborough United welcome Burton Albion to the Weston Homes Stadium in Sky Bet League One action on Saturday (3pm) looking to consolidate their position in the top four of the division heading into December.

The Brewers lie in mid-table, but are in a bit of a false position as they have a number of games in hand on the majority of the teams in this division due to international call-ups forcing postponements.

Posh will be looking to get back to winning ways in the league following a couple of defeats on the road, but haven’t lost at the Weston Homes Stadium since the opening weekend of the campaign.

Posh are still sweating on the fitness of a number of key personnel including Josh Knight ahead of the fixture with Nigel Clough’s men. Striker Ivan Toney is suspended after reaching five yellow cards for the season so teenage front man Ricky-Jade Jones could be handed his first start in the Football League.

Burton go into the game off the back of a 4-1 victory over Salford City in an FA Cup first round replay in midweek and could stick with that side for the visit to Posh. Striker Liam Boyce is expected to lead the line with experienced utility man Lucas Akins just off him in attack.

“Burton are a tricky opponent. They have a lot of games in hand on everyone else so if they win those fixtures they will be breathing down our necks in the table. It is a big game. I think they will come and try and have a go at us, we have to be strong at both ends of the field to combat that. We know our form at home has been good,” Darren Ferguson said.

Tickets are on sale at www.theposhtickets.com, via the Ticketmaster hotline 0844 847 1934 (calls cost 7ppm plus your network access fee) and in person at the Weston Homes Stadium Box Office. Burton had sold just under 100 tickets at 5pm on Thursday.

Weather permitting, the fan zone will be open ahead of kick-off (from 1pm) with plenty of fun for all the family.

There will be a minute’s silence in memory of former EFL chairman, local MP and club patron Lord Brian Mawhinney, who recently passed away at the age of 79. Representatives from his family will be pitch-side for the tribute.

The club are supporting the Rainbow Laces campaign with branded corner flags, logo in the match day programme and an exchange of the pennant.