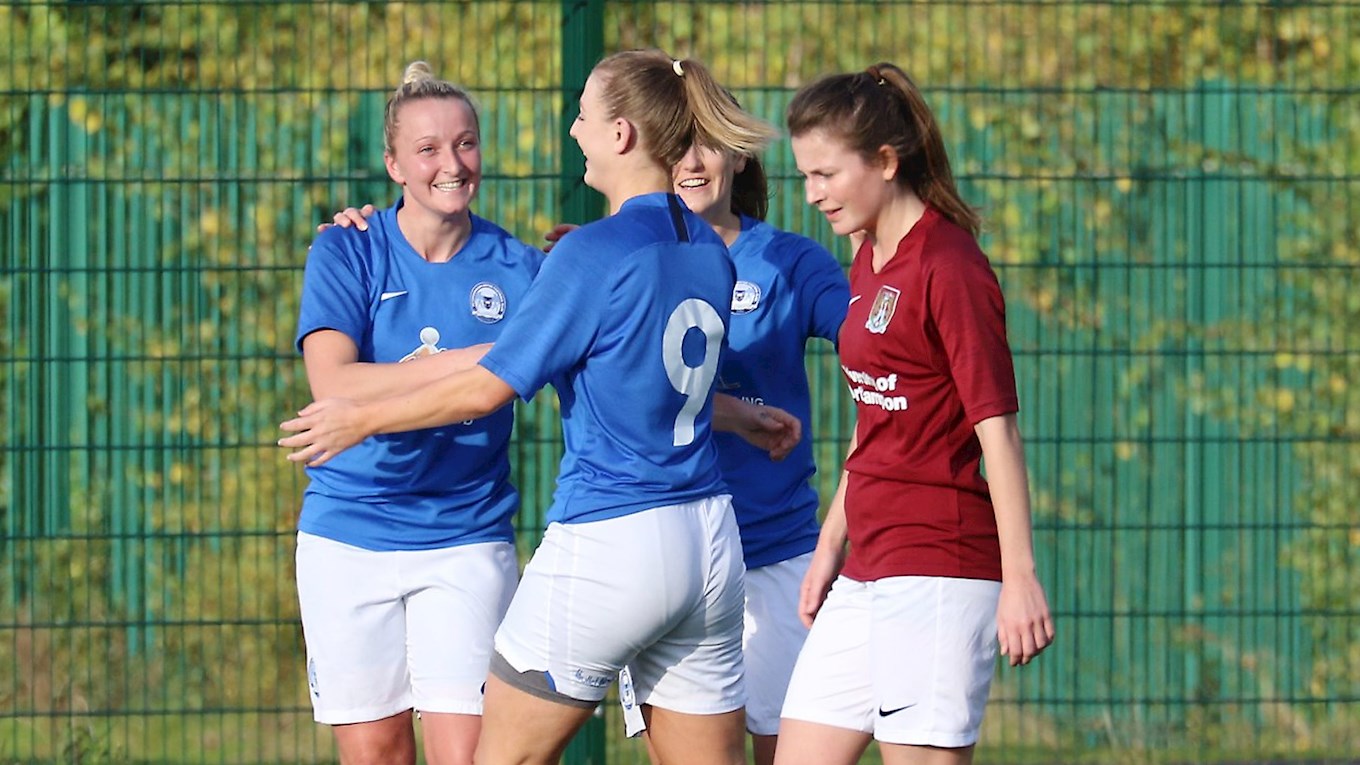 Skipper Keir Perkins was on target in another victory for the in-form Posh Ladies’ side.

After a disappointing start to the game, Posh broke the deadlock after half an hour with a fine strike from Laura Beckett, on her return to the starting line-up. The goal seemed to give Posh the boost they needed as they started to look more in control. That was until Northampton won a free kick on the edge of the box, which they converted off the inside of the post to make it 1-1 and all to play for in the second half.

Posh began to play with more conviction in the second half and were rewarded when Keir Perkins ran onto a Beckett through ball and calmly lobbed the oncoming Northampton keeper. With confidence growing, substitute Megan Parrett scored with her first touch to make it 3-1, from another Beckett assist.

Posh looked to have finished the game off when Donna McGuigan rounded off a fine move with a close range finish from a Perkins cross to make it 4-1 with 15 minutes left to play.

However, Northampton pulled a goal back in the final 15 minutes to set up a grandstand finish, but Posh were able to hold on comfortably for a 4-2 success.