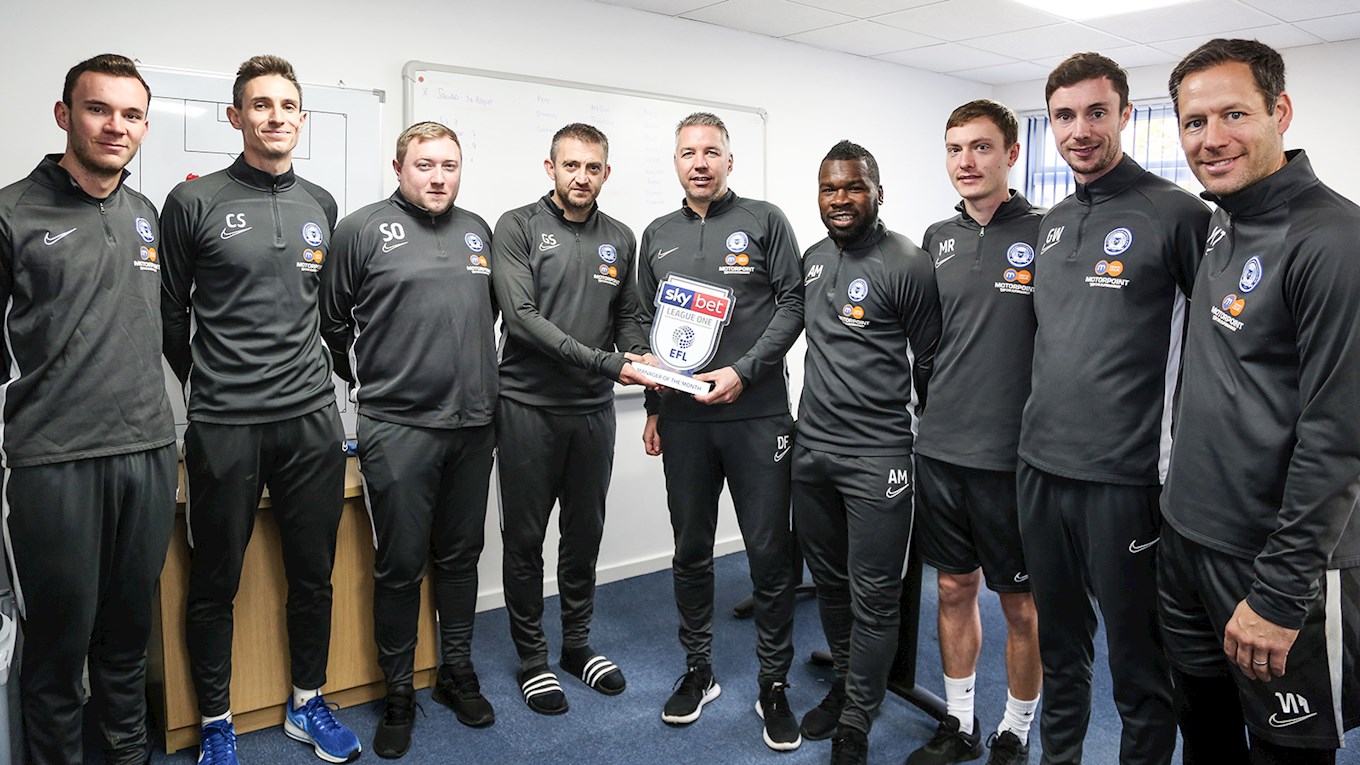 Peterborough United manager Darren Ferguson has been named the Sky Bet League One Manager of the Month for October.

His side continued their free-scoring ways with 13 goals in five games, but it was Ferguson’s ability to marry that with improved defensive solidity that was crucial to remaining unbeaten in the month.

Ferguson said: “We had a really good month, going through it unbeaten and obviously we scored a lot of goals. I have read about the Manager of the Month curse and we haven’t started November particularly well, but we know that there is plenty of improvement within the group.

“We are currently third and obviously during the month we went top, but it is a long season. I look at the points total rather than the position at this stage and after the last couple of games we are behind the eight ball when it comes to points per game that we wanted. Whilst it is nice to win the award, this was a joint effort from the players, supporters and the rest of my management team.”

Danny Wilson chairs the Sky Bet Manager of the Month judging panel. He said: “It was a tough call this month, with Gareth Ainsworth, Karl Robinson and Glyn Hodges all posting very good results in October. However, Darren Ferguson at the Posh just had that extra edge, not only by securing 11 points from their five games but also scoring an impressive 13 goals in the process. Darren’s attacking style has made Peterborough one of the teams to really respect and they are enjoying the consistency any promotion contender needs to have.”

Sky Sports’ EFL pundit Don Goodman said: “Now in his third spell at the club, and having celebrated his 400th game in charge during October, Ferguson has a fantastic attacking side and I expect they will be challenging for his third promotion at the club this season.

“You can get a good picture of Posh’s season so far by looking at the goals for and goals against column: they’ve scored a league high of 39 goals, but have also conceded more than any side in the top 14, so it’s a definite case of you score three and we’ll score four at the moment!”

“Posh were 8/1 at the start of the month for the title, but coming out of October, Sky Bet had brought them into 9/2 second favourites behind Ipswich.”