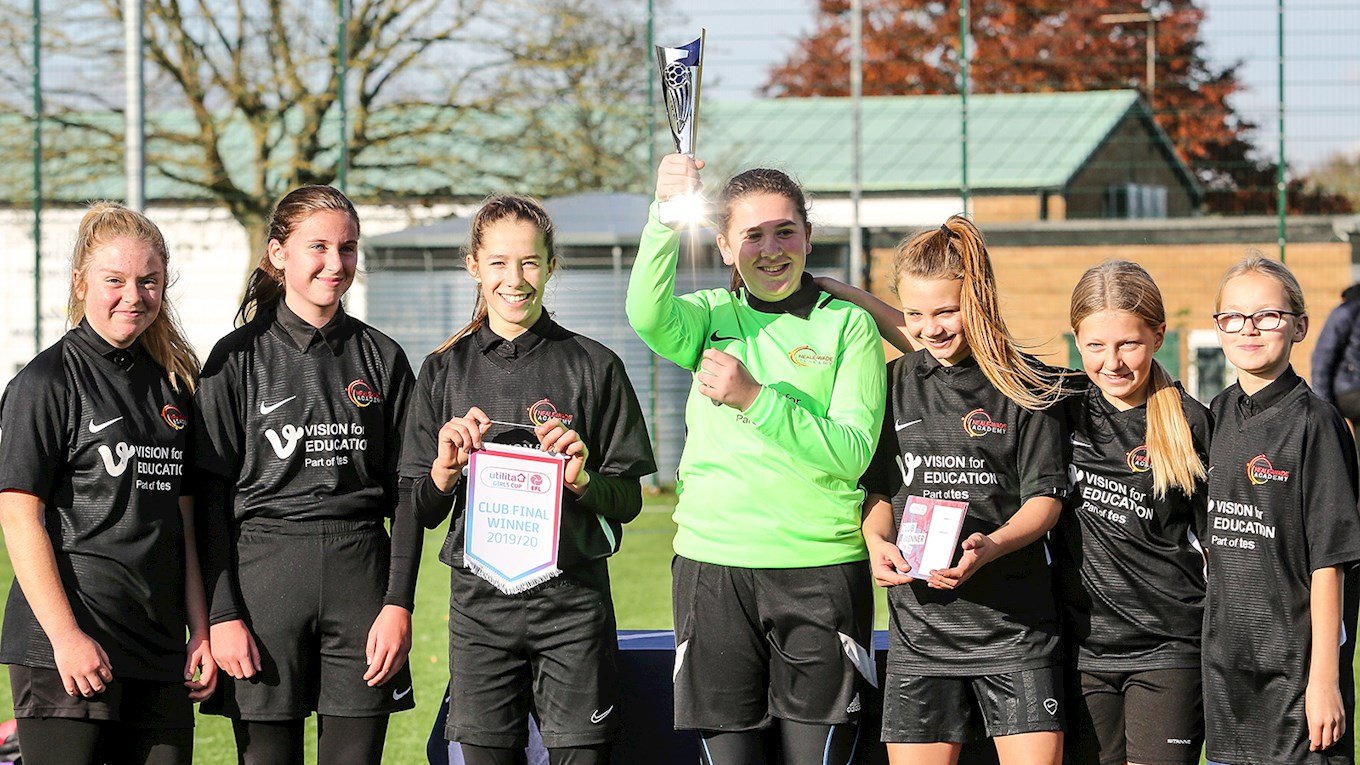 Neale Wade were the victors at the recent EFL Girls Cup, sponsored by Utilita.

On Wednesday 13th November, 15 Secondary schools from the Peterborough area travelled to the Mick George Training Academy to compete in the EFL Girls Cup, sponsored by Utilita. This is a national competition where Community Club Organisations organise a club event to put forward a team for the regional finals.

The Peterborough United Foundation tournament took place on the clubs 3G pitch and consisted of group stages followed by knockout rounds producing a fun filled morning of football for both the players and the spectators.

The tournament ended with a superb display of football in the final between Arthur Mellows Village College and Neale Wade ‘B’, where the latter came out 3-0 winners. Neale Wade will now progress into a Southern area tournament, scheduled to be in Luton in the new year. The players will be kitted out in a Posh strip and represent the football club at this tournament and compete against sides representing Cambridge United, Colchester United and Ipswich Town, amongst others.

The overall winner of the Southern games will then progress and get to play at Wembley Stadium in the national finals before the Leasing.com Trophy final.

Peterborough United Foundation’s Community Manager Gavin Slater said: “We were delighted with the standard of football on display and would like to thank all the schools, staff and players for attending. The group stages produced some tight results, with some group winners decided by goal difference. Congratulations to the Neale Wade ‘B’ team, we wish them well in the next round and hope they get to play at Wembley in April.”