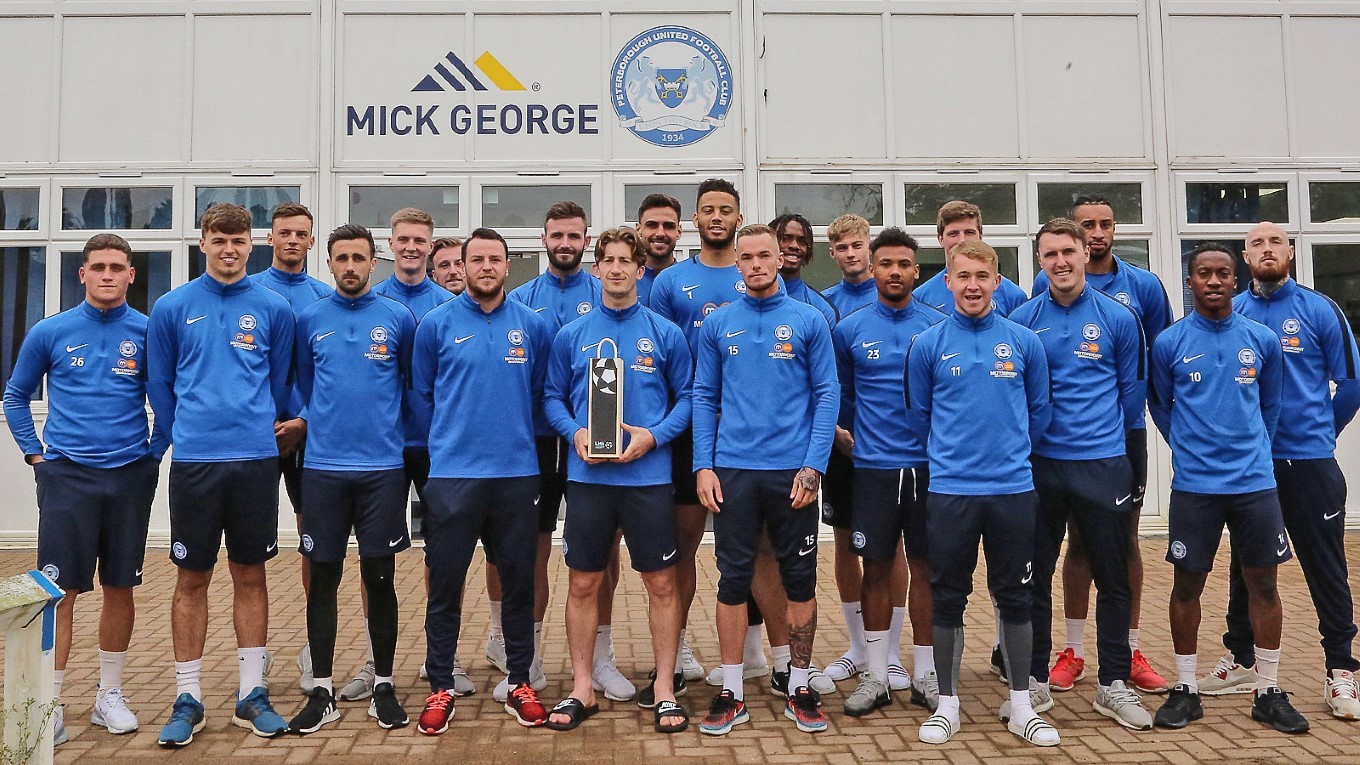 Posh Win Performance Of The Week

The experienced and highly distinguished panel has managed a combined total of over 5,500 competitive matches in professional football.

Peterborough United manager Darren Ferguson received a celebratory bottle of champagne, courtesy of Tanners Wines, and an LG Performance of the Week trophy in a presentation to commemorate the result.

Ivan Toney scored twice and took his tally to 21 for the campaign following a 3-2 victory at Portsmouth. Lee Tomlin was also on target. Sky Sports were down at the training ground on Friday morning to interview Darren following the presentation of the award.