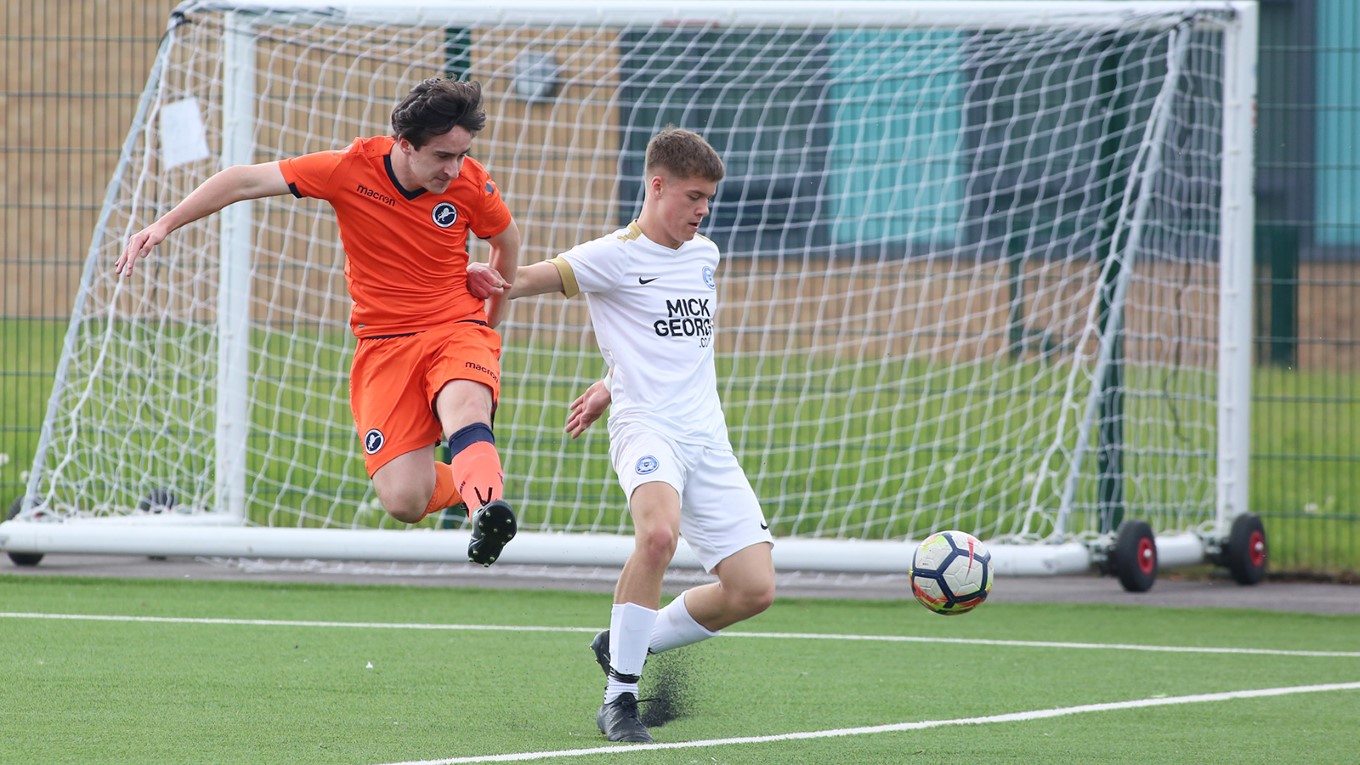 The Peterborough United scholarship secured an impressive 3-2 victory over Millwall A in their latest fixture.

On Wednesday 22nd May, the Posh Scholarship travelled to Central London to play against Millwall A in the Community and Education Football Alliance Division 1. Having suffered a heavy defeat in the reverse fixture, Posh were looking to get their revenge with fourth place at stake

Posh started the game really strongly and took the lead within the first 10 minutes after a good forward run from Braid set up Bayly to smash home from close range. Instead of consolidating their lead, Posh gave away a sloppy goal within five minutes of scoring to level the tie. In what was a competitive first half, Posh came in at half time at 1-1

After the break Posh got off to the worse possible start and conceded within 30 seconds of the restart to trail 2-1. Posh with a mountain to climb, rolled up their sleeves and produced a brilliant second half performance.

After switching formation, Posh soon found themselves level after good work again from Braid on the right hand side caused problems for the Millwall defence before delivering a cross for Goymour to score his ninth goal of the season.

With the game in the balance going into the final stages, Posh snatched the winner right at the death after Bayly flicked on a ball for Denton to run onto and cooly finish