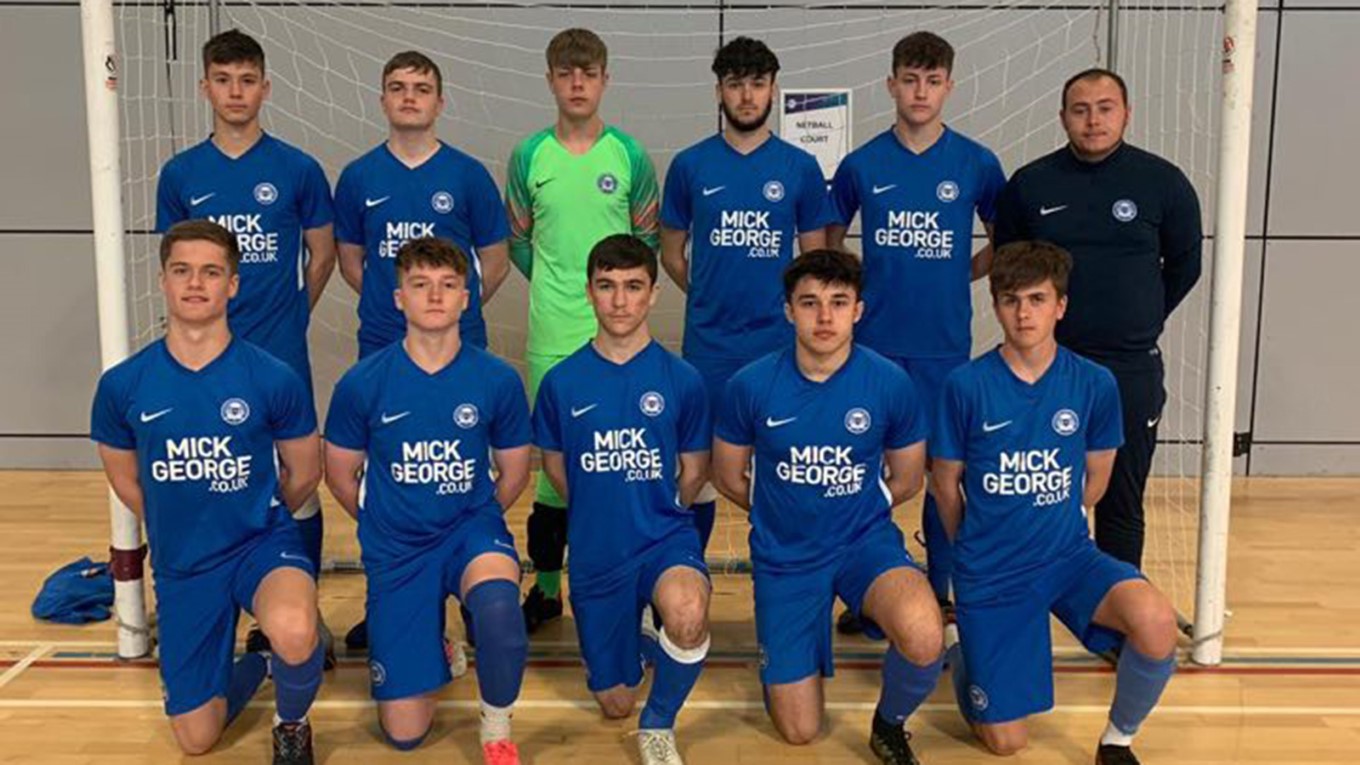 Posh were facing a strong Grimsby Town ‘B’ side in the play offs for the Nationals. Posh started well keeping possession of the ball well and were put under pressure in front of their own goal and Grimsby manged to bundle the ball over the line to but the Marines 1-0 up.

Second shortly followed from a corner being deflected and failing at the feet of a Grimsby player to smash home. Posh were showing great patterns of play and saw two golden chances missed at the back post from great patterns of play to open the marines up. Posh got the goal they deserved before half time from a well worked free kick routine were the ball fell lose to Mulholland to hit high into the net to beat the Grimsby players.

At Half time Posh were disappointed to being going in a goal down after seeing the majority of the ball and breaking them down. Second half started and Grimsby came out the traps quickly and decided to press the comfortable Posh side. Posh managed to exit the press really well with some fantastic passing. Posh then unfortunately conceded to a ball across the box to the back Post.

The second half was really entertaining, Posh got back in the game with a well worked free kick which Cook slotted home. The game was the back and forth and Posh manged to get the game back to 5-5 and then missed an opportunity to take the lead. Grimsby then took the lead and manged to get a two goal advantage. Posh had a few minutes remaining and attempted fly Goalkeeper and gave a sloppy goal away. Posh were unfortunate to come away with a defeat with an interesting fixture between the blues and the marines.