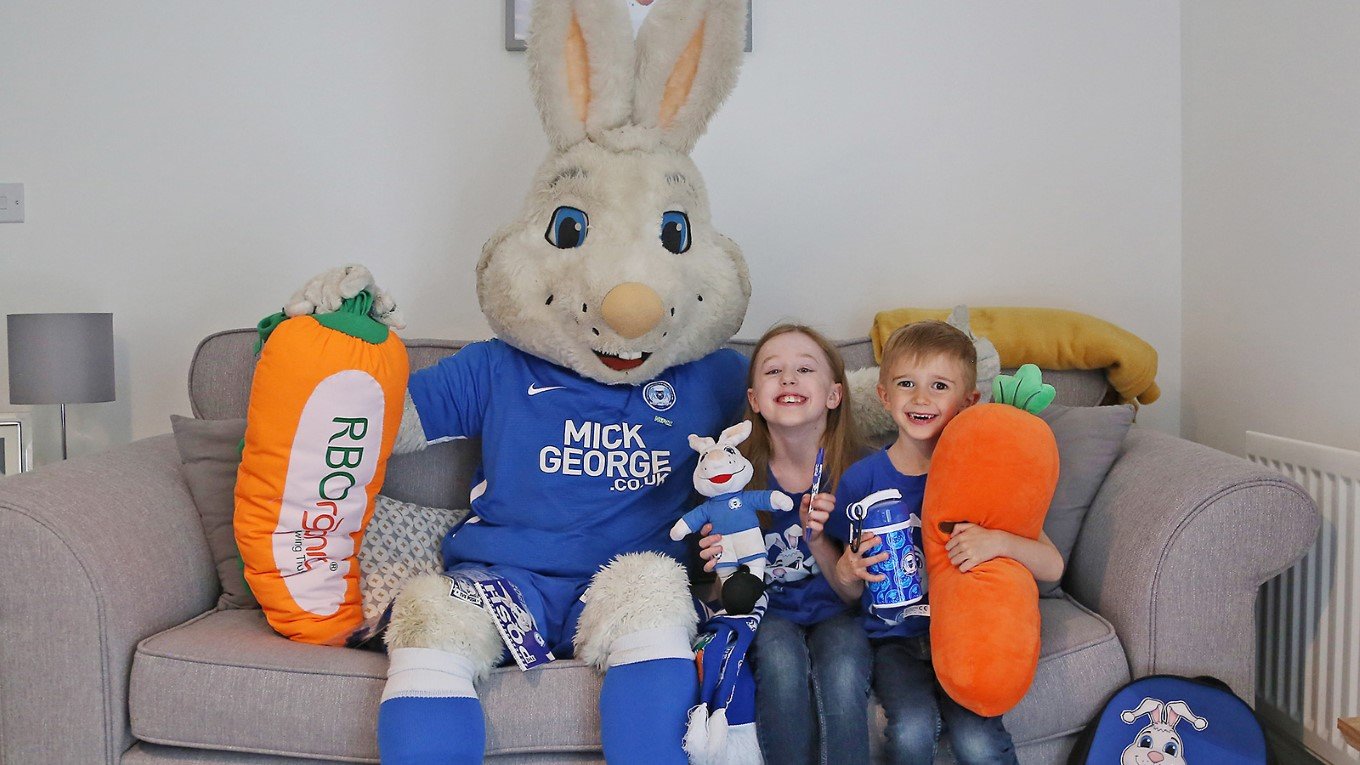 Youngster Amelia had always wanted to meet Peter Burrow, so Peter paid a special visit to her home in Bourne.

Eight-year-old Amelia has been in and out of hospital since she was a baby due to an eye condition. Prior to being transferred to London, Amelia had her treatment at Peterborough City Hospital on the Amazon Ward and unfortunately was not present when hugely popular mascot Peter Burrow has paid a visit alongside the squad.

So when we received an email from her mother Katie explaining that one of Amelia’s dreams was to meet Peter, we got to work. Armed with merchandise from the Club Shop featuring everyone’s favourite bunny, Peter made the trip to Bourne to surprise Amelia and her four-year-old brother Harry.

Peter spent time with the pair at their house, provided a rendition of Baby Shark before handing over merchandise featuring him including a backpack, stickers and much more. Press Officer Phil Adlam said: “It was a dream for Amelia to meet Peter so it was a no-brainer to make that happen. It was great to see the reaction and we know that both Amelia and Harry had a great time with Peter.

“Amelia has spent a lot of time in hospitals so it is great to be able to do something like this and make a dream come true. We have also given the family tickets to come to a game next season and I am sure they will be looking out for Peter! We would like to thank the family for making us feel so welcome at their home."