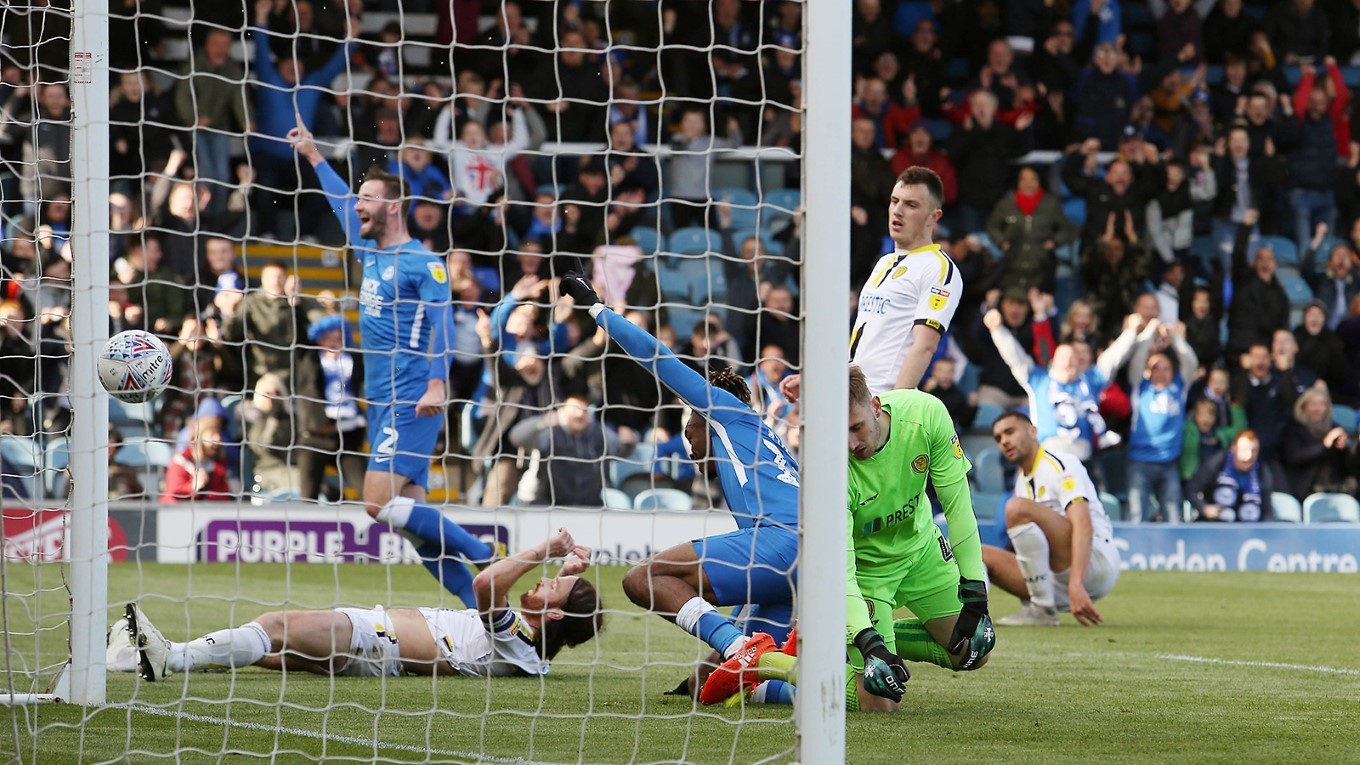 Peterborough United recorded a last day 3-1 victory over Burton Albion, but missed out on the play-offs following a Doncaster Rovers win.

Peterborough United did what they had to, win the final game of the season, but unfortunately a 2-0 victory for Doncaster Rovers over Coventry City meant that it was Rovers who kept hold of the final spot in the play-offs.

Aaron Chapman produced a superb stop on six minutes to keep out Marcus Harness with Liam Boyce thankfully missing his kick on the rebound. Scott Fraser fired wide from 20-yards on eight minutes as Burton continued to create chances.

Ivan Toney clipped the top of the crossbar at the other end with an excellent curling effort from just inside the penalty area as Posh tried to settle. Harness fired over from a tight angle for the visitors on 14 minutes.

Knight was cautioned on 17 minutes for a foul in the centre circle with referee Mr Oldham penalising the on-loan Leicester City man for a late tackle. The deadlock was broken on 18 minutes and it owed a lot to the work of Ivan Toney, who outmuscled his man and then put a delicious cross on a plate for Joe WARD who made no mistake from two yards.

Collins flapped at a swirling cross from Ward on the half hour mark before it was hacked behind for a corner kick. Toney curled a free-kick inches past the post after he himself had been felled on 33 minutes.

Posh doubled the lead on 35 minutes as a superb cross from Jason Naismith was put through his own net by Brayford, although Toney was keen to claim it. Daniel fired into the side-netting after a glorious Brewers move on 40 minutes.

Tomlin was denied by the legs of keeper Collins after a glorious pass from Ward on 44 minutes as Posh pressed for a third. Posh made a change at the break with Siriki Dembele on for Marcus Maddsion. Burton also made two changes to their line-up.

Collins did well to keep out a fierce drive from substitute Dembele after he beat two defenders and cut inside onto his favoured right-foot. Chapman did well to hold a curling effort from Allen on 63 minutes as the visitors pushed for a goal back.

Dembele flashed a shot wide of the target after a mazy dribble before Posh made a second change as George Cooper replaced Tomlin. Toney fired wide from long-range on 68 minutes as Posh tried to find a third goal. Cooper fired over with his left-foot after a good bit of play from Toney and Dembele to create the shooting opportunity.

Wallace fired wide of the near post on 75 minutes after an in-swinging corner kick from the far side. Harness was cautioned for a foul on Dembele moments later. Burton reduced the arrears on 84 minutes as substitute BRADLEY bundled home from close-range after Chapman had initially made a good save.

Posh made it 3-1 on 88 minutes as TONEY netted his 22nd goal of the campaign with a fine finish after some slick football from Darren Ferguson’s men.