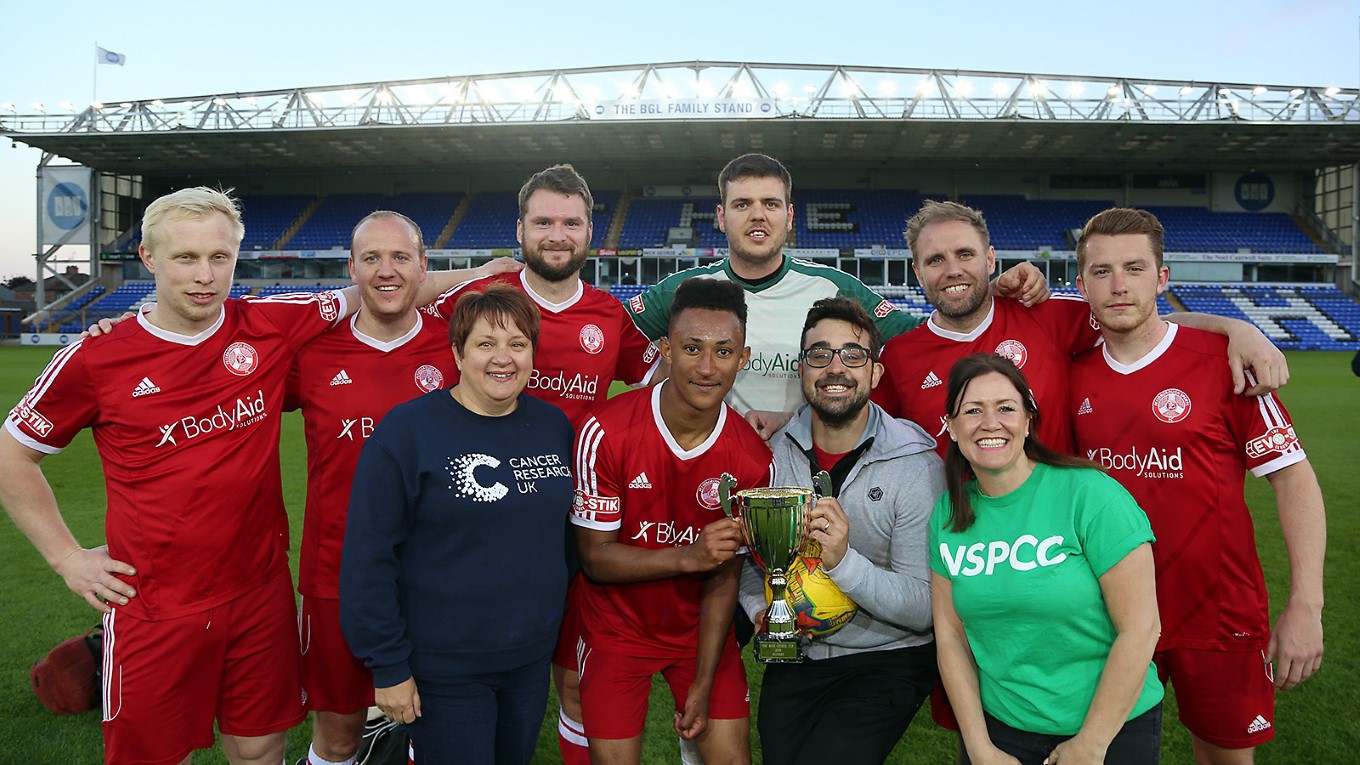 Having claimed the trophy in their first appearance at the Mick George Cup in 2018, it turned out that local fitness group Body Aid Solutions weren’t about to give up their champion status in a hurry.

Having seen off their second string in the semi-finals, Body Aid Solutions once again manged to claim victory, recording consecutive titles in what was yet another fantastic event operated by local construction firm Mick George Ltd at Peterborough United FC’s ABAX Stadium.

The event raised a commendable £4,124 which will go towards the local causes of two charities respectively, National Society for the Prevention of Cruelty to Children (NSPCC – Peterborough) and Cancer Research UK (Cambridge).

Although the standard has been historically high at the tournament, things were certainly turned up a notch on this occasion as local organisations battled it out to claim bragging rights in the 16-team, 6-a-side competition.

Having seen off rivals in the form of Key Sports Coaching on penalties in the semi-finals, it was one-step too far for City Builders who were worthy runners-up. Meanwhile, finalists from the past two-years Wilderspin Garage certainly recognised the step up in quality as they could only reach the quarter-final stages.

Stuart Costello, Marketing Director at Mick George Ltd commented: ‘’Since the inaugural MG Cup back in 2017 we have managed to raise over £12,000 through the competition which is a great effort and will go a long way to helping the various charities we’ve supported through the initiative.’’

Costello continued: ‘’We’d like to thank everyone who has contributed to the event and look forward to seeing if Body Aid Solutions can possibly retain the trophy for an unprecedented treble next year.’’