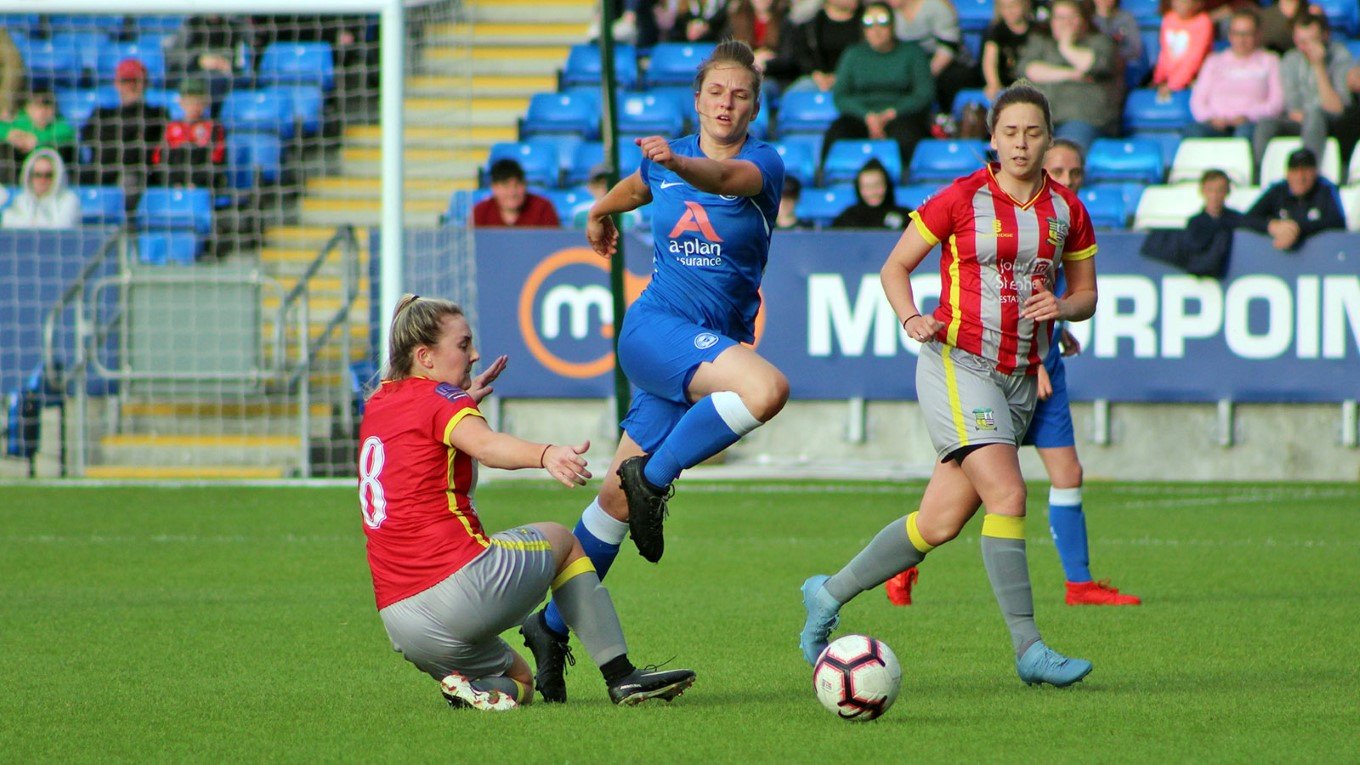 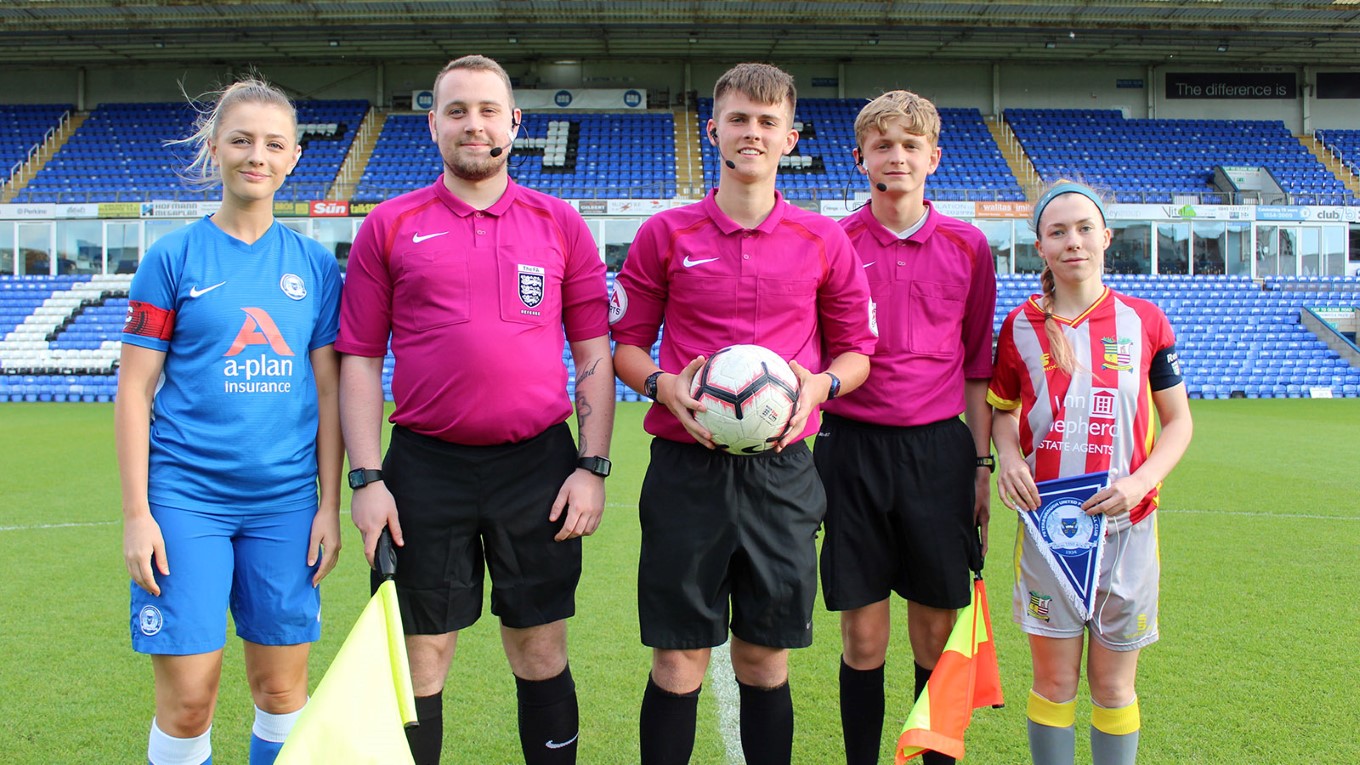 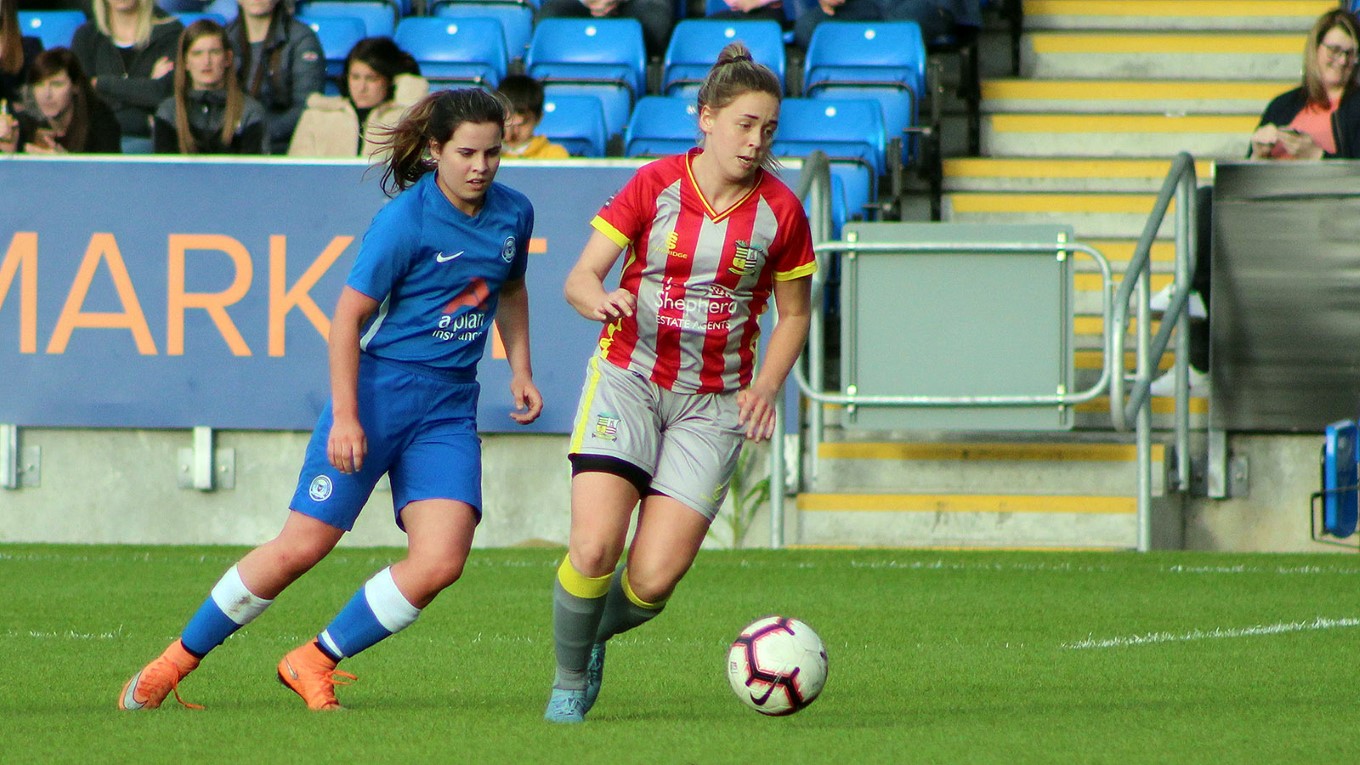 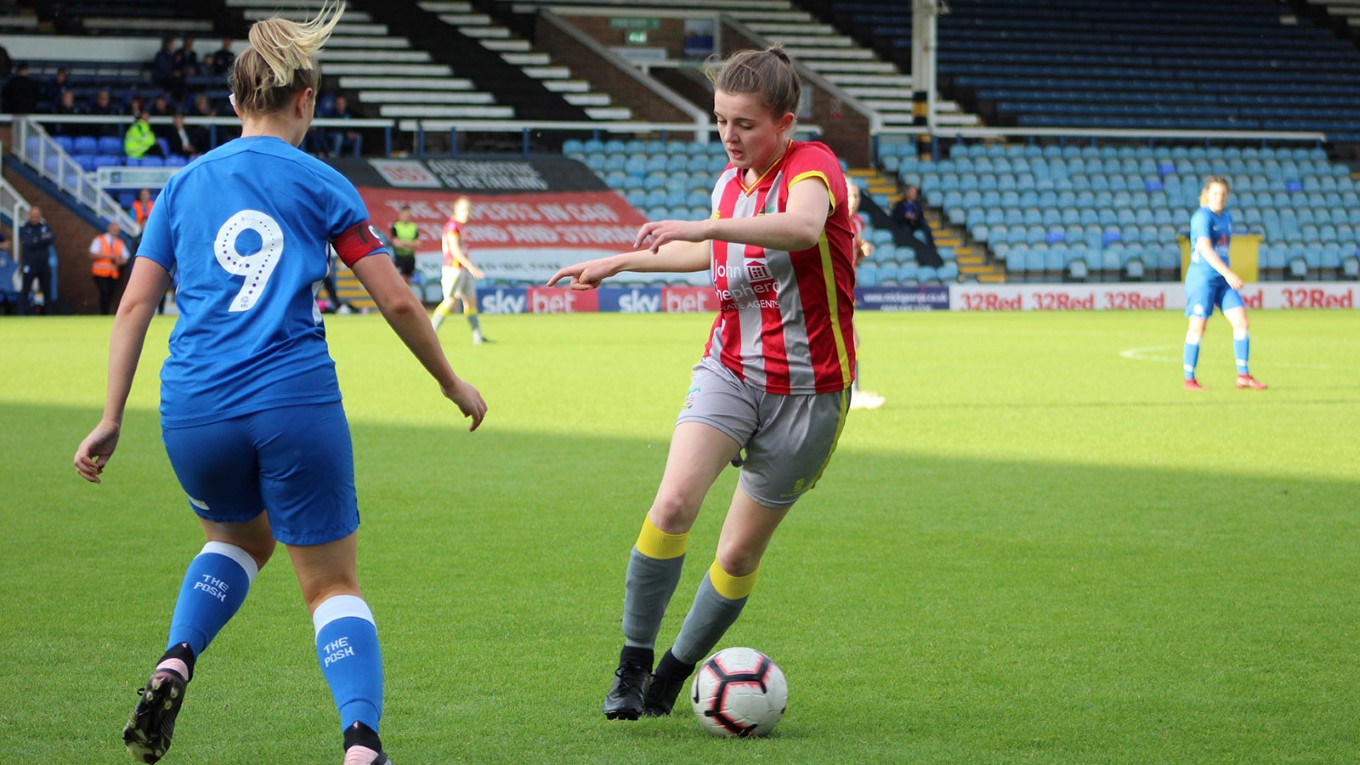 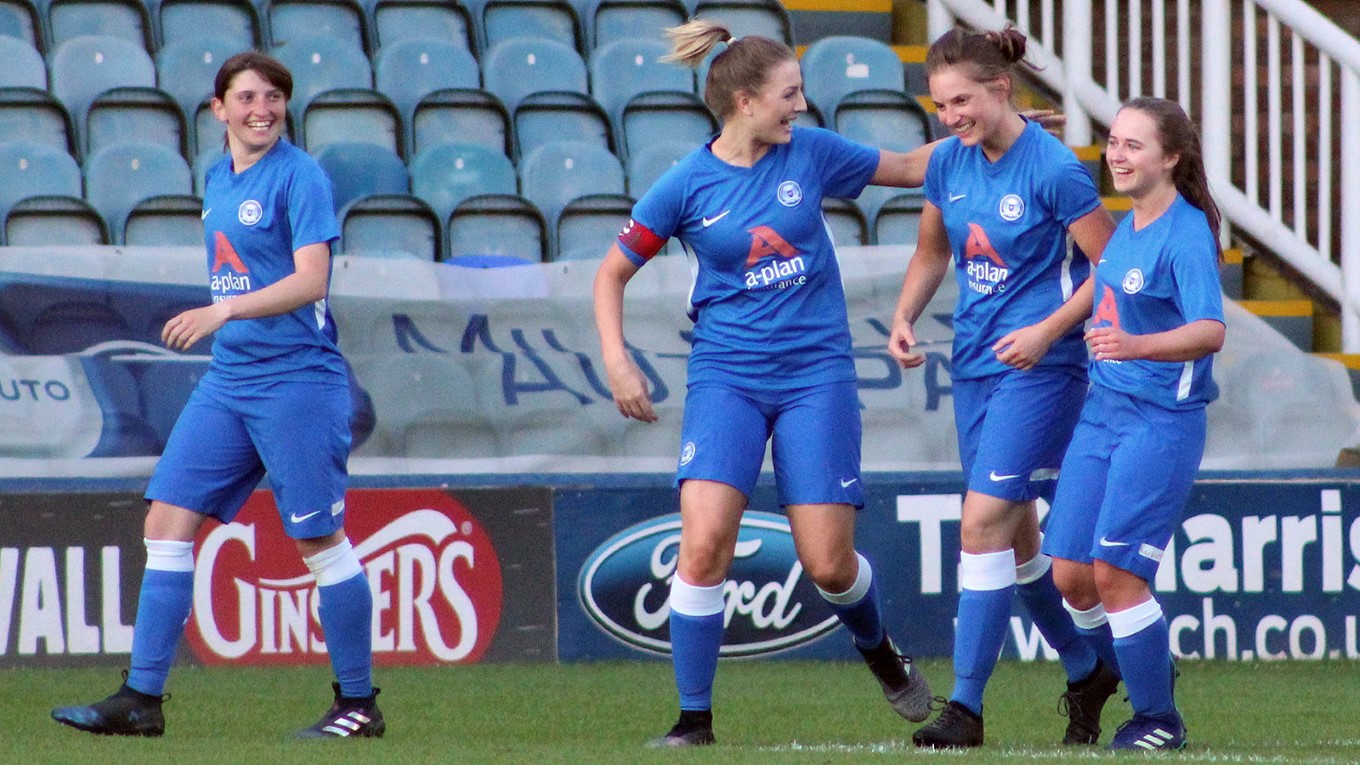 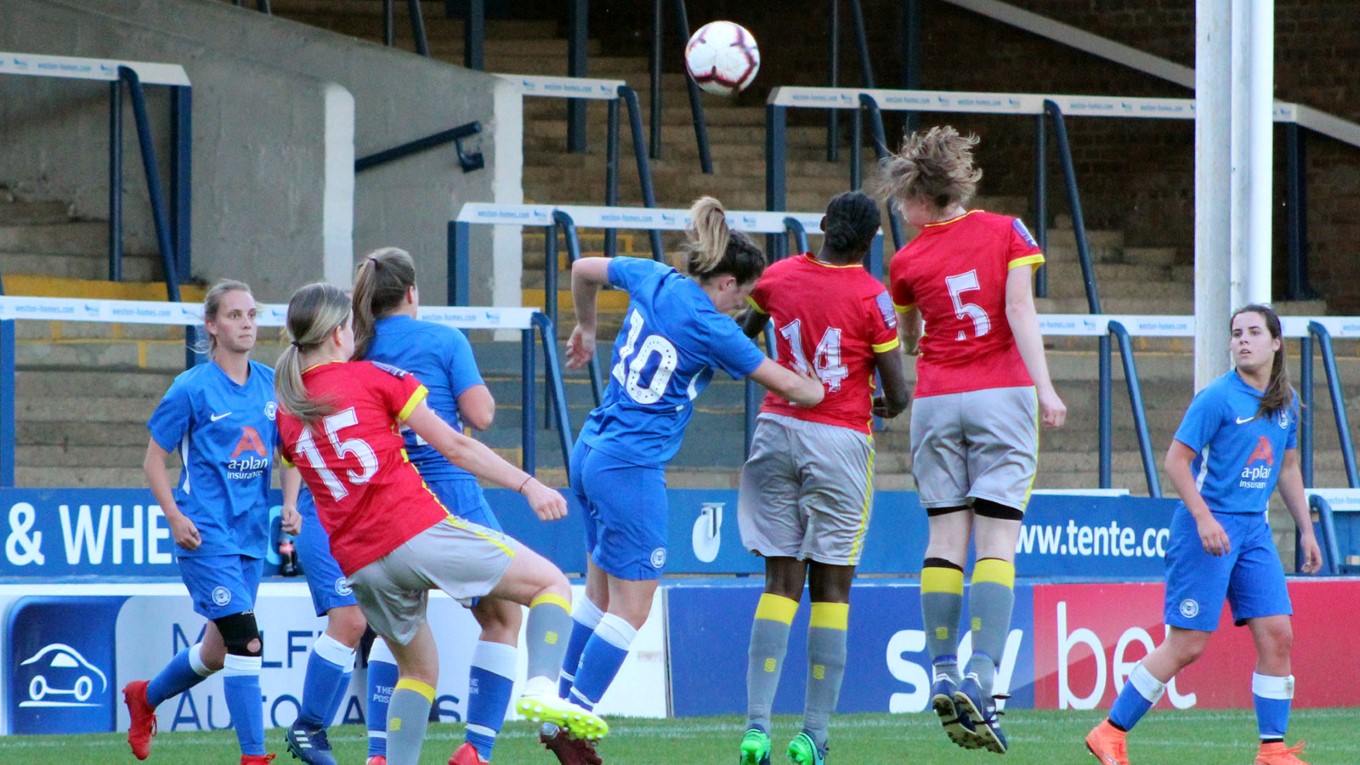 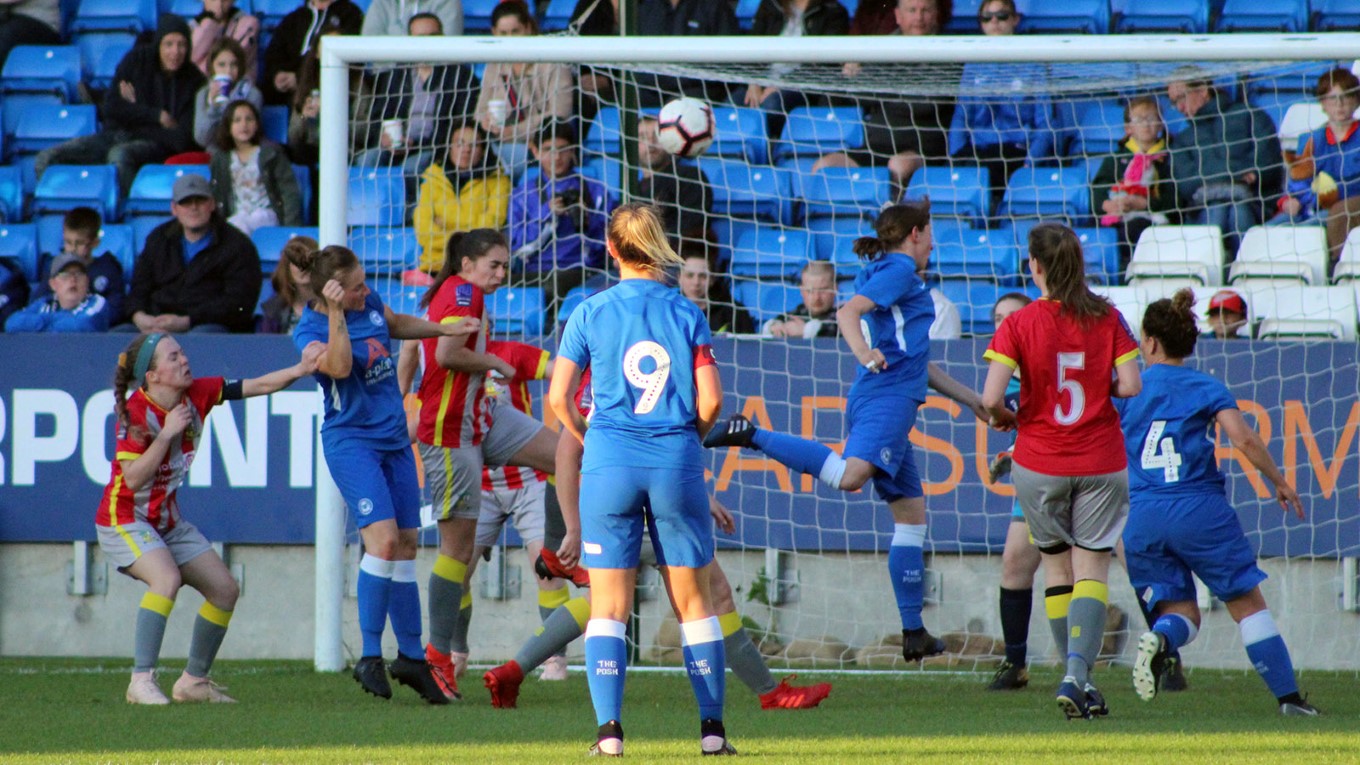 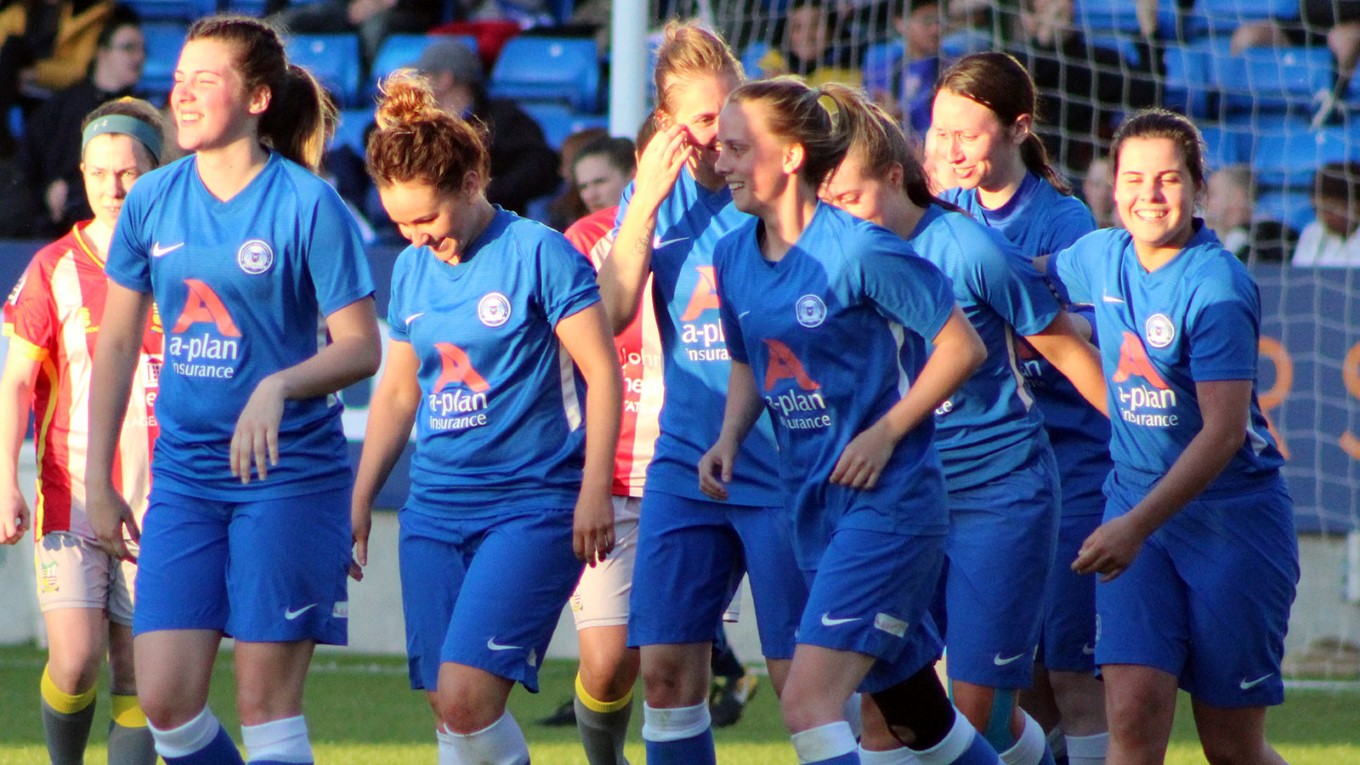 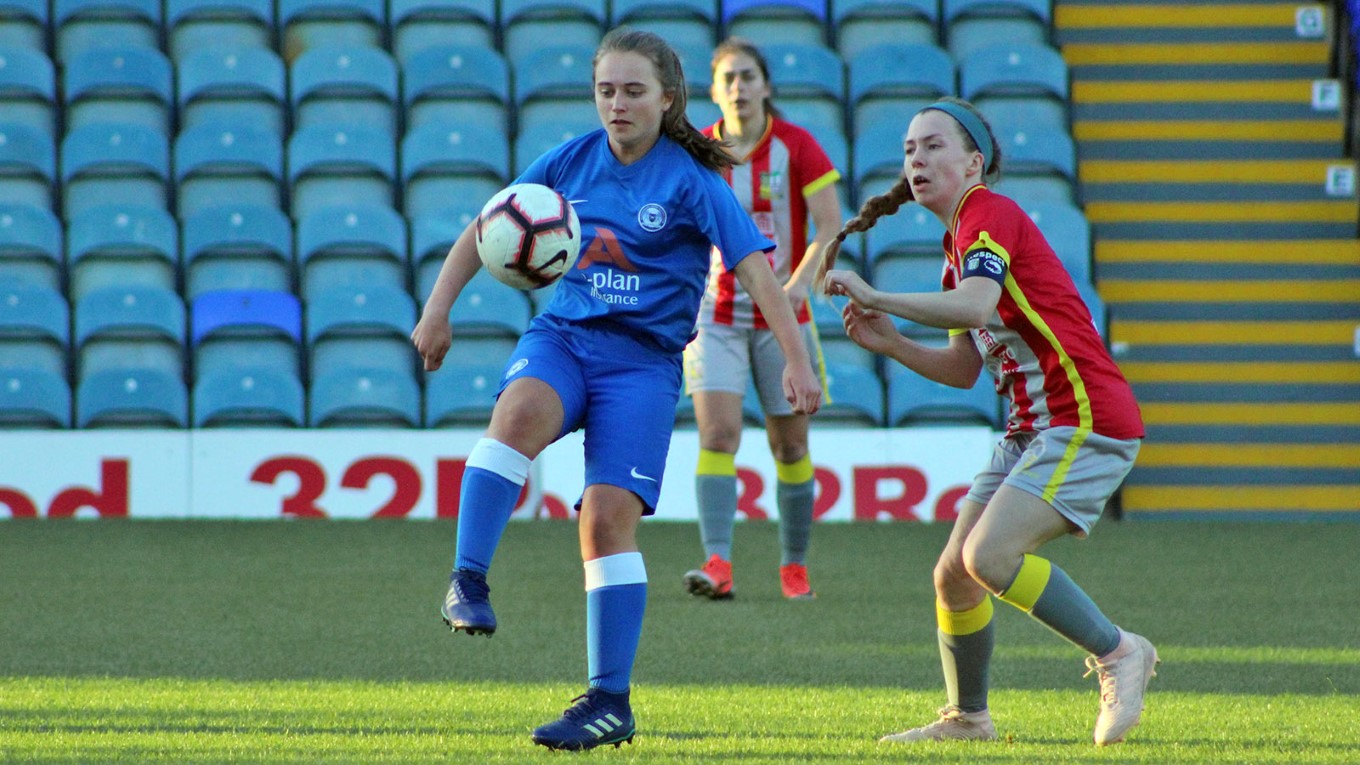 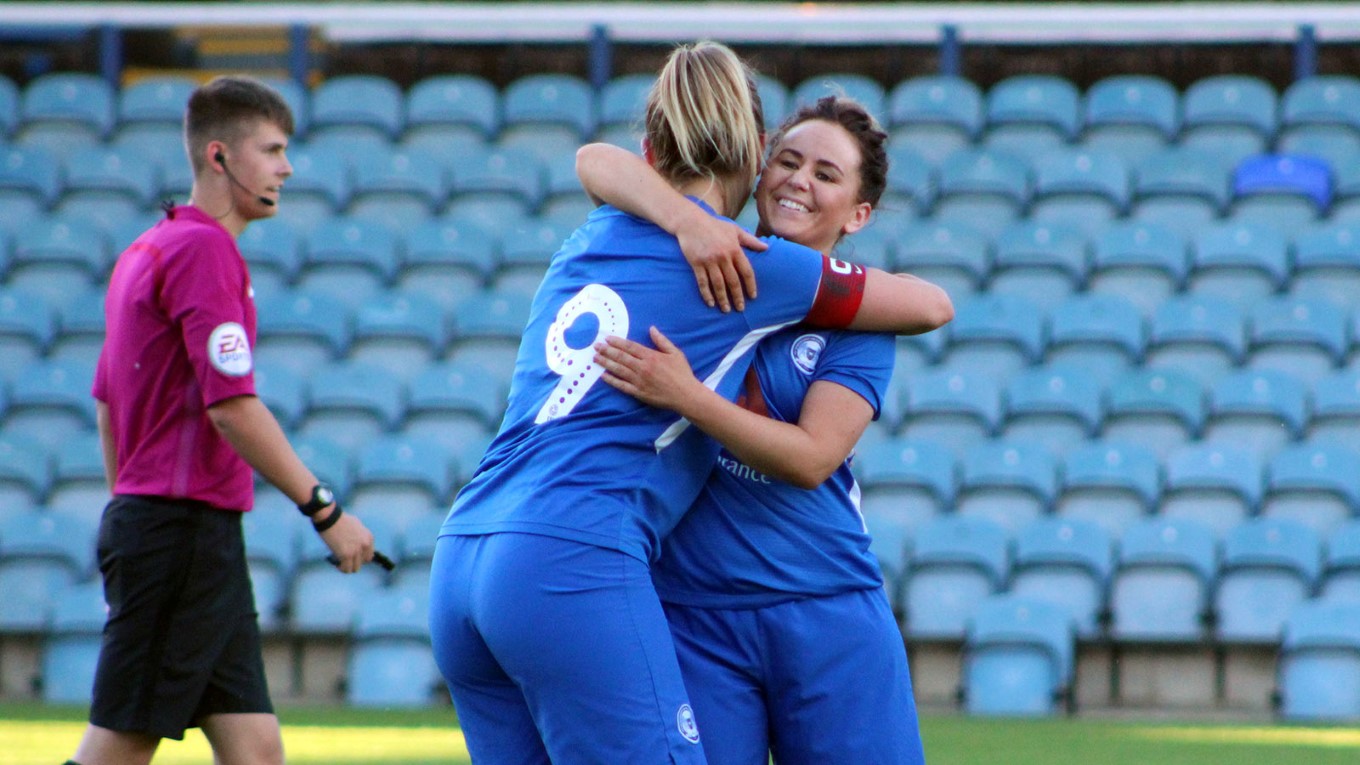 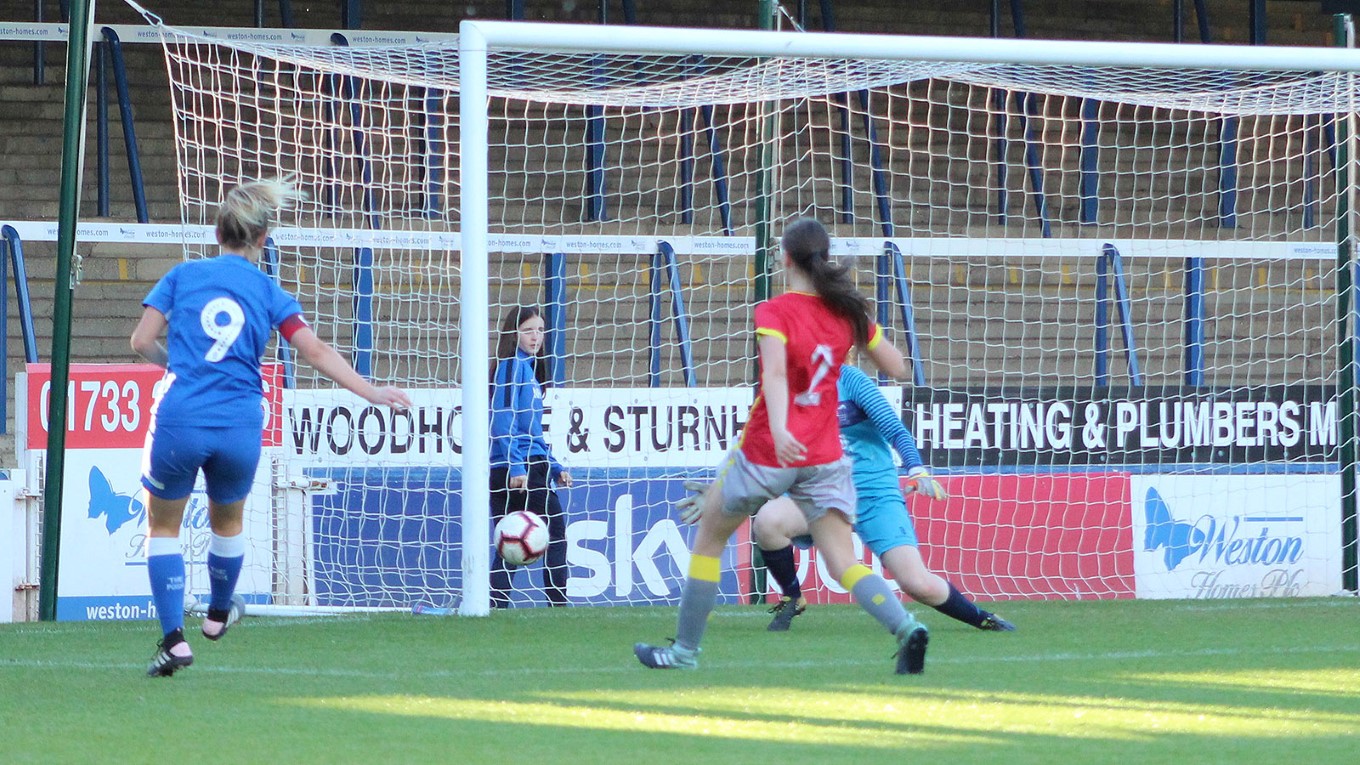 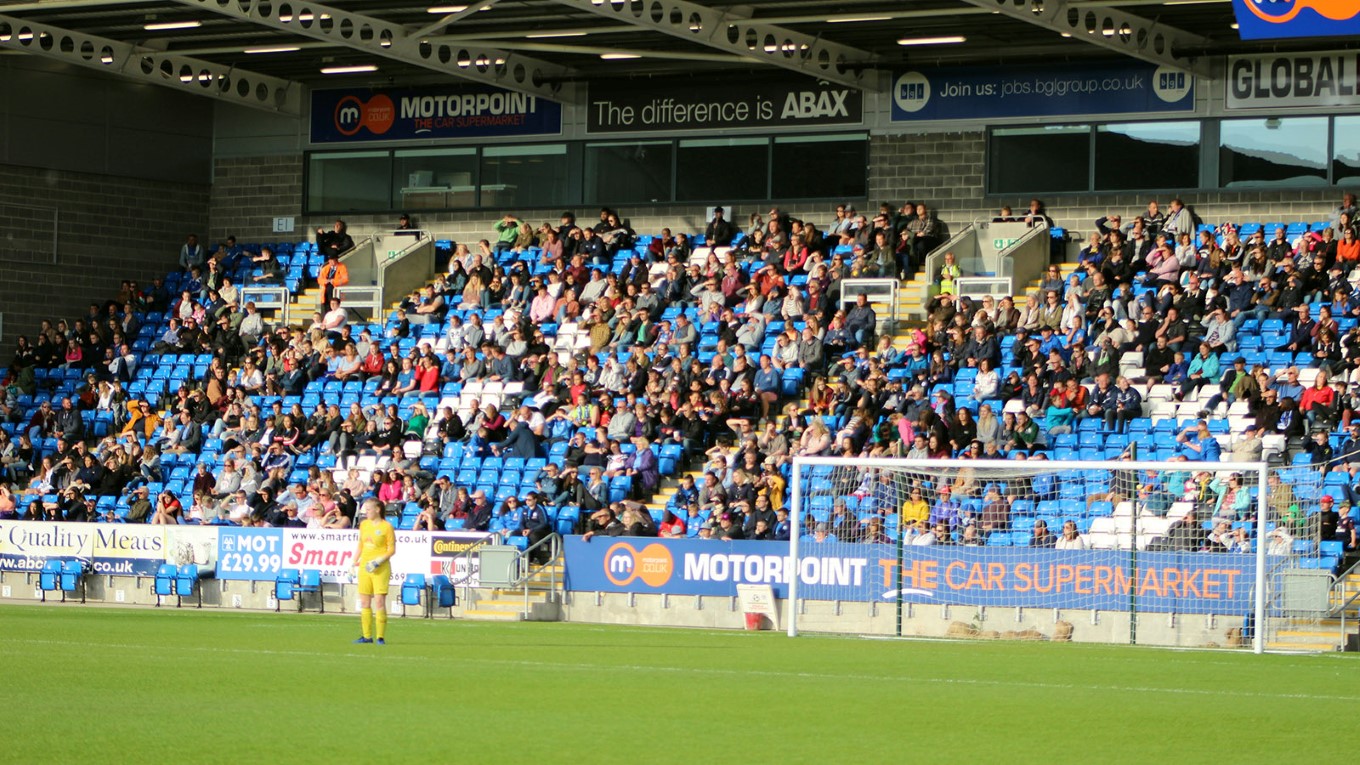 The Peterborough United Ladies put in a superb performance at the ABAX Stadium on Sunday evening as a hat-trick from striker and captain Kier Perkins helped secure an emphatic 8-2 victory over Solihull Moors Ladies.

Solihull, who operate in the league above the Posh Ladies, were blown away in the second half after going into the break 3-1 down and despite injuries sustained by Player of the Match Kathryn Lusk and Laura Patrick, who was forced off after a challenge on the stroke of half-time, Posh never looked in any danger.

It took just four minutes for the breakthrough to be made, PERKINS with a cool right-foot finish into the bottom corner, but the visitors were soon level as captain Pip Harrison fired home an excellent effort from long-range.

Donna MCGUIGAN soon restored the Posh lead with a calm finish after finding space in the box and Lusk came close to extending that advantage but her header from a corner kick was cleared off the line. Goalkeeper Sophie Powell did well to tip an effort from range over the bar before PERKINS made it 3-1 with a rasping shot from close-range.

Perkins came close to grabbing her hat-trick before the break but was denied by the keeper but there was no stopping Amy CHALLIS’ goal just after the interval, her shot sailed into the corner from a tight angle.

Challis hit the crossbar and Stacy McConville saw an effort cleared off the line as Posh continued their relentless attacking play. MCCONVILLE did make it 5-1 on 63 minutes from close-range before PERKINS completed her treble with a composed left-foot finish after racing clear.

Jess DRISCOLL scored a superb solo effort capped by a crisp left-footed finish and substitute Laura DODWELL finished off an excellent team move to make it 8-1 just ahead of the 90-minute mark. The visitors did reduce the arrears deep into stoppage time from a direct free-kick but it didn’t take the gloss of a wonderful evening.