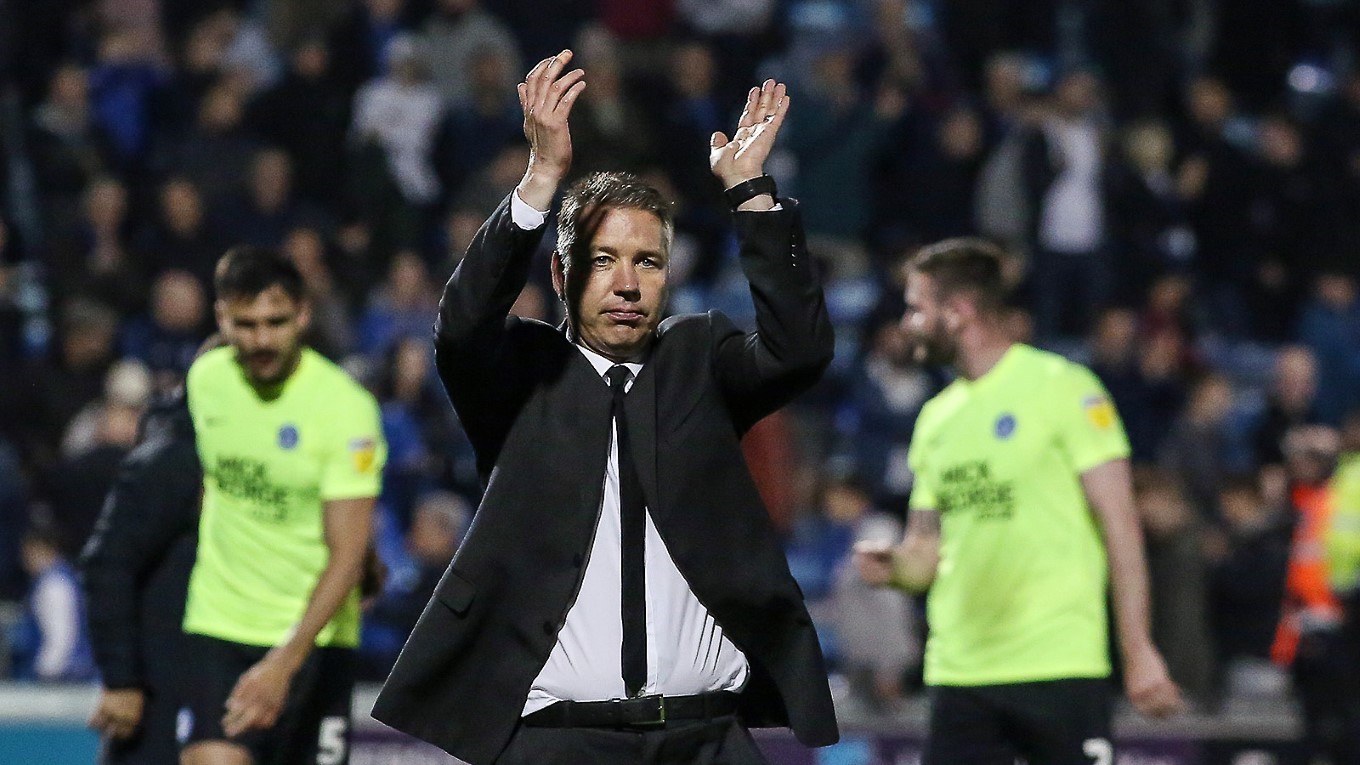 Peterborough United boss Darren Ferguson is looking forward to the final day of the Sky Bet League One regular season on Saturday.

So it boils down to the final day of the season to decide if Peterborough United will enter the Sky Bet League One play-offs. A victory at Fratton Park against Portsmouth on Tuesday evening ensured that Saturday’s clash with Burton Albion at the ABAX Stadium will have plenty riding on it.

A victory over the Brewers coupled with either a draw or a defeat for Doncaster Rovers against Coventry City will see Posh move into the top six at the perfect stage of the season. Ferguson admitted he is “looking forward” to the challenge and is hoping for another big performance from his players.

“I am really looking forward to it,” Ferguson said. “When the Portsmouth game was rescheduled for the final week of the season, I felt that we needed to go there with something to play for and we did and because we got the result, we have taken it into the final day and that is what I really wanted. It is going to be a great occasion, hopefully we can get the result and see where it takes us.

“Don’t get me wrong, Doncaster are still strong favourites to get the final position because ultimately all they need to do is win one football match, but we know what we have to do. We want to end the season strongly, we want to put in a good performance and let’s hope that is enough. It won’t be easy though, Burton are a very good side.

“I watched Burton beat Luton Town and they played very well on the day. They are a strong side. We have to focus on ourselves though. The supporters can play a massive part on Saturday. We know that there will be a lot of nerves in the stands, but we have to make sure we keep it positive and I am sure the atmosphere will be great.”

Ferguson has confirmed that George Cooper, Louis Reed and Matt Godden should be available after missing the midweek win due to injury and illness respectively. Ryan Tafazolli should also be fit after coming through 90 minutes despite a knee complaint.

Tickets are on sale for the game at www.theposhtickets.com, via the Ticketmaster hotline 0844 847 1934 (calls cost 7ppm plus your network access fee) and in person at the ABAX Stadium Box Office. The Box Office is open from 9am until 5pm on Friday and from 10am until kick-off on Saturday. It looks like it will be a good crowd, so please allow extra time for to take your seats in the stadium.