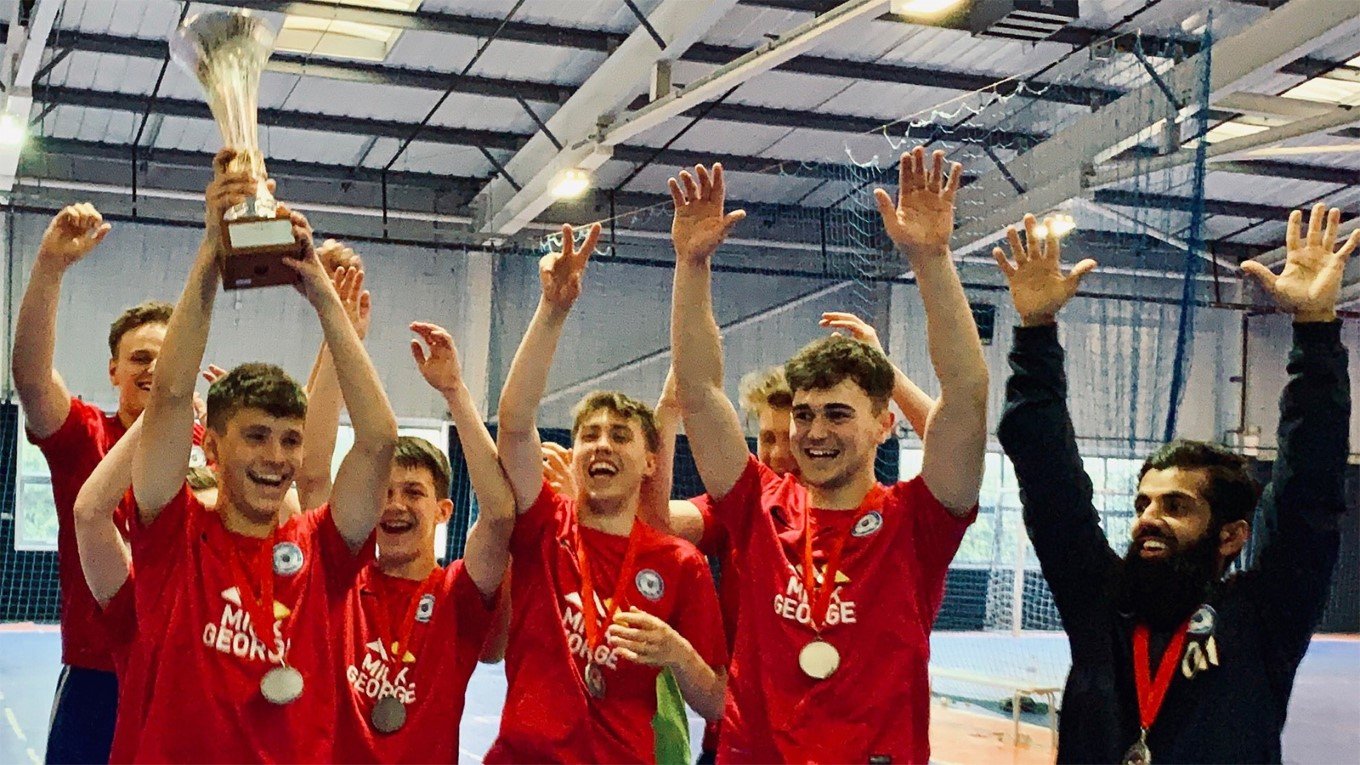 The Posh Deaf Football Team have qualified for the European Deaf Champions League in Poland after winning tournament.

Peterborough United’s deaf football team, known as Posh Deaf, won the under-21 England Deaf Futsal tournament in Birmingham on Saturday and have qualified for the European Deaf Champions League tournament in Poland in October. The team, which included five England under-21 players, won all four of their games in the league format competition, scoring 45 goals and conceding just seven.

Led by former GB deaf football manager Phil Gardner, Posh got off to a great start convincingly beating St Albans 16-0 before overcoming Barnet 8-2 and then beating the favourites Doncaster 9-5. In the final game Posh just needed to draw but put 12 past Birmingham without reply to lift the trophy.

Posh captain and England under-21 Will Palmer said: “We’ve qualified for the Deaf Champions League (DCL) where we will be able to compete against the best teams from all over Europe and that’s a massive achievement.

“The team deserved it because they played great futsal and fought hard all the way though the tournament. Our goalkeeper Lewis Byton had never played in goal for a futsal match so particular well done to him. I think the reason we did so well is many of our players have lots of futsal experience and we just didn’t give our opponents an inch.”

The tournament win rounds off a great season for Peterborough United’s deaf football teams. The men’s team finished runners-up in the English League south division while the under-16 team also came runners up in their national tournament in March. The under-13 team were crowned champions of England at the same event.

Since their formation in 2013, the deaf youth and futsal teams have won seven honours including four national championships but this is the first time they have qualified for European competition. Palmer added “It will be a different level entirely. Most of the European games are broadcast live on the internet and played in front of good crowds. The best teams are full of international players who are going to be fitter, stronger and more experienced than anything we have faced so far. But we’re up for the challenge.”