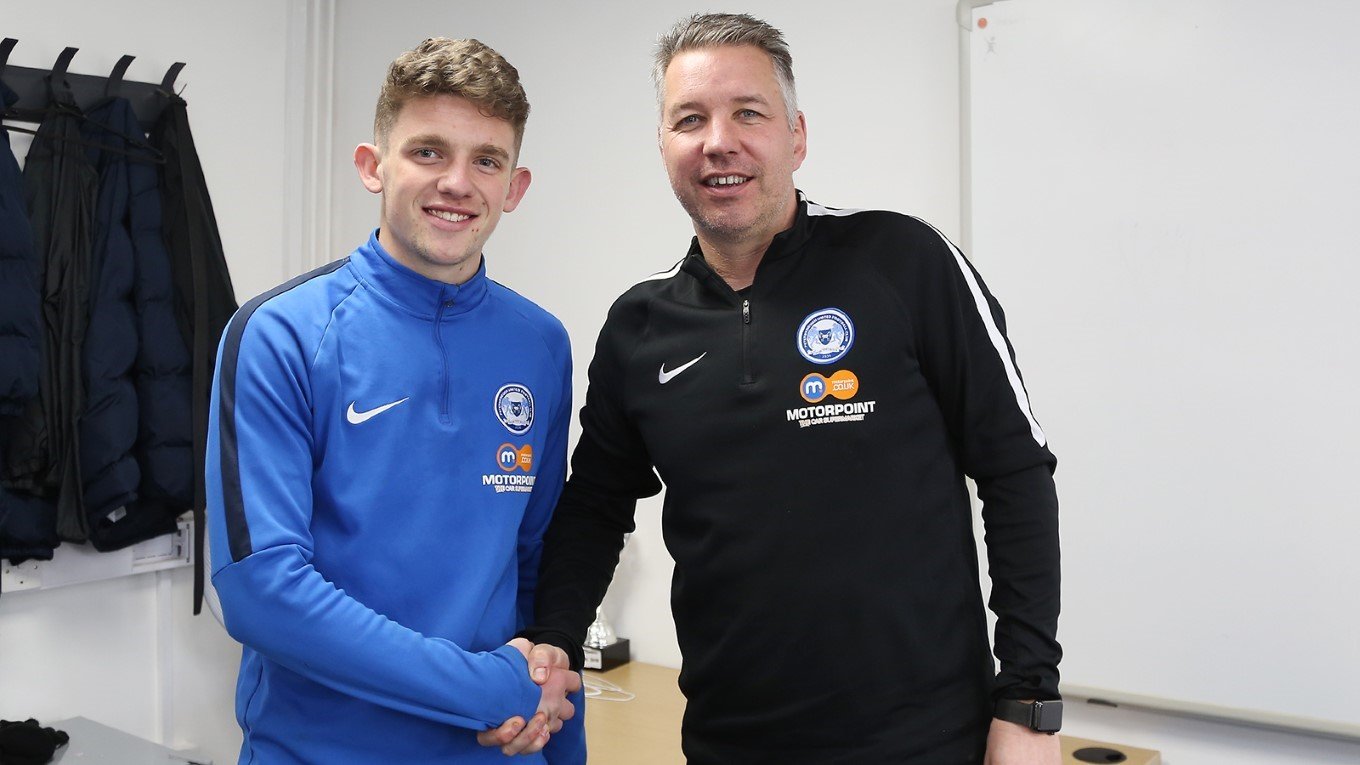 The football club are delighted to confirm that young midfielder Kyle Barker has agreed a professional contract.

Peterborough United are pleased to confirm that midfielder Kyle Barker has agreed his first professional contract with the club, keeping him at the football club until the summer of 2021.

The 18-year-old, who joined the Academy as a 13-year-old, has had an excellent campaign, helping the youth team reach the fourth round of the FA Youth Cup and achieve eye-catching results in the Youth Alliance League and is now playing regular men’s football in a loan deal at Lowestoft Town.

Barker admits that news of the deal hasn’t ‘properly sunk in yet’, but is delighted to achieve one of his long-term ambitions. “The hard work definitely starts here I am well aware of that. It hasn’t really sunk in at the moment, but it is a proud moment for me and my family. It is something that you always strive for from a young age so to be offered a professional deal is a great feeling.

“I have really enjoyed this season. We had a really good Youth Cup run and the results in the Youth Alliance League have been strong and that is down to a really good set of lads. I am currently out on-loan at Lowestoft and I am enjoying that. It is helping me from a physical point of view playing men’s football, but also the mental side of the game and that importance of three points.

“The coaching staff have been great with me and it is down to me now to knuckle down, train well and end the season as strongly as I can. I am really thankful for the opportunity and it is now down to me to try and take it,” Barker said.

Under 18s manager Matthew Etherington, a former Graduate of the Academy system himself at the football club, added: “Kyle has been training in and around the first team. He is another second year that is out on loan and benefitting from that experience. He is a very grounded lad, down to earth and a lot of that comes from his family who have played a big part.

“He has a lot of ability, plays the game in a certain way, very calm on the pitch as well as off it and is very good in possession. He is getting stronger physically, and that comes from that loan spell. He is one with a chance, but that is all it is, a chance, there is a lot of work to do. When I signed my pro deal at Peterborough, the hardest step to make was then trying to break into the first team, it is a big few years for him coming up.”

Academy Manager Nick Sheppard said: “Kyle has been with us since the age of 13 and has made good progress during that period of time. I know that the first team management like Kyle, he has trained a bit with them already and has featured a lot in the under 23s. He, like so many other second years, are out on loan and he is really getting used to that physical side, winning his aerial duels and playing for three points.

“Kyle follows in the footsteps of Harrison Burrows who signed his professional deal earlier this year. We are pleased for both of them as an Academy, they are both good lads and hopefully they can progress moving forward.”