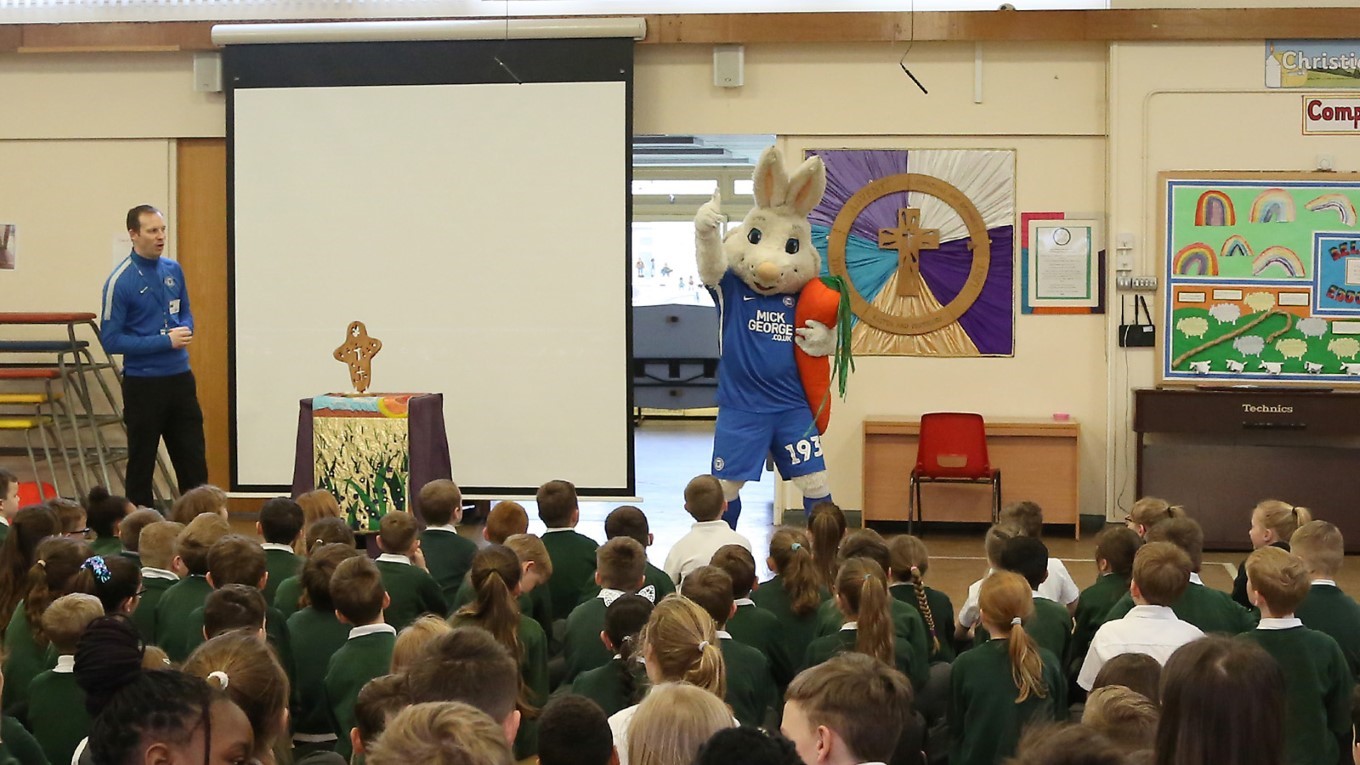 The Schools initiative continued this week with a visit to William de Yaxley Primary School.

Every pupil in the school received a FREE ticket to a forthcoming fixture at the ABAX Stadium with an adult also admitted free of charge. Press Officer Phil Adlam said: “It was wonderful to spend some time at William de Yaxley school. Peter Burrow thoroughly enjoyed meeting youngsters and we hope they had a great time.

“We have now completed well over 70 primary schools since the start of this initiative in September and still have many visits planned. We hope to see youngsters from the school at upcoming fixtures.”