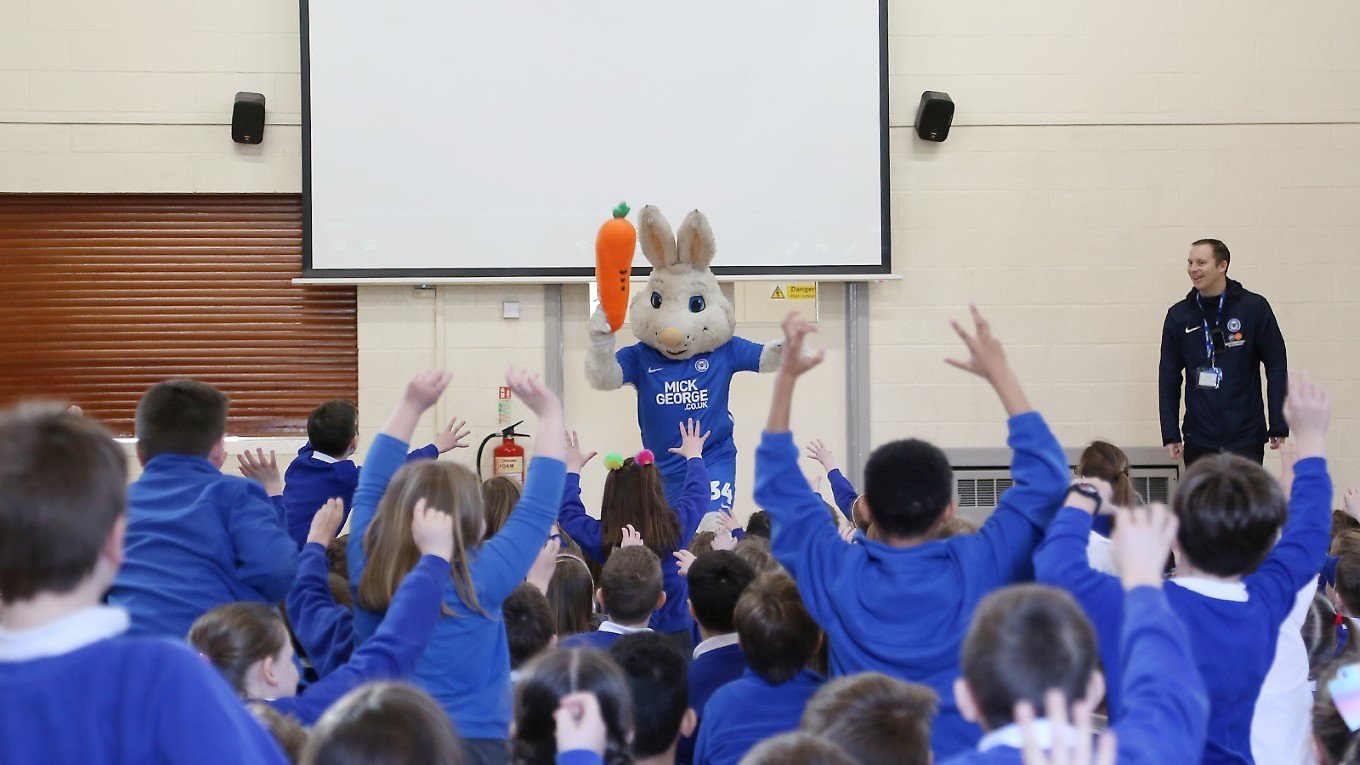 The Schools Initiative continued on Monday morning with a visit to Thurlby Primary School and mascot Peter Burrow had a wonderful time meeting youngsters after an interactive assembly for over 200 children in the school.

Every pupil received a FREE ticket for a forthcoming game at the ABAX Stadium with an adult also admitted free of charge. Press Officer Phil Adlam said: “It was really nice to conduct an assembly at Thurlby and great to see so many children so passionate about football. Hopefully they enjoyed our assembly and we look forward to seeing them at an upcoming game.”