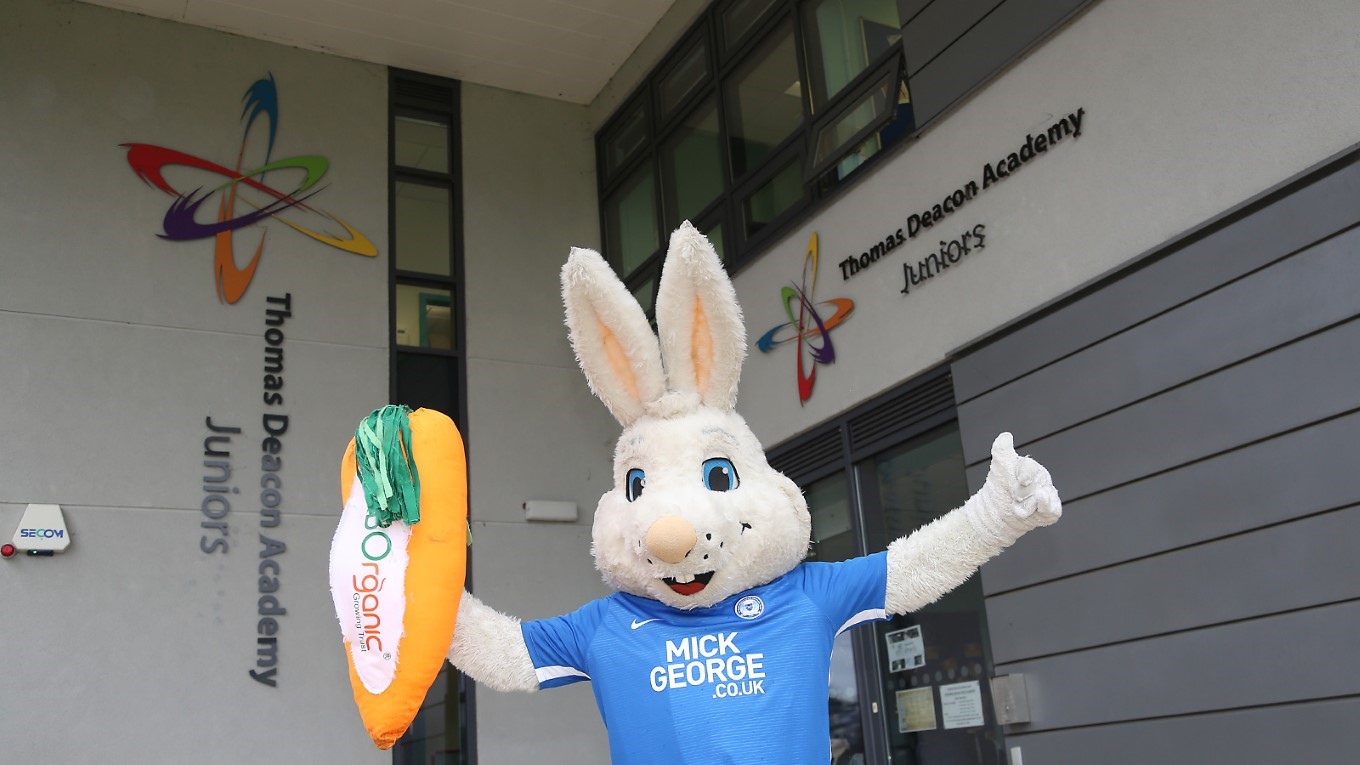 Hugely popular mascot Peter Burrow was the star of the show as the football club took the Schools Initiative to Thomas Deacon Academy earlier this month.

Every child in the school received a FREE ticket to a forthcoming fixture at the ABAX Stadium with an adult also admitted free of charge. Marketing Executive Jake Baxter said: “It was great to visit Thomas Deacon Academy. They were very welcoming and we hope the kids had a great time meeting Peter Burrow.

“We look forward to welcoming them to an upcoming game at the ABAX Stadium in the near future.”