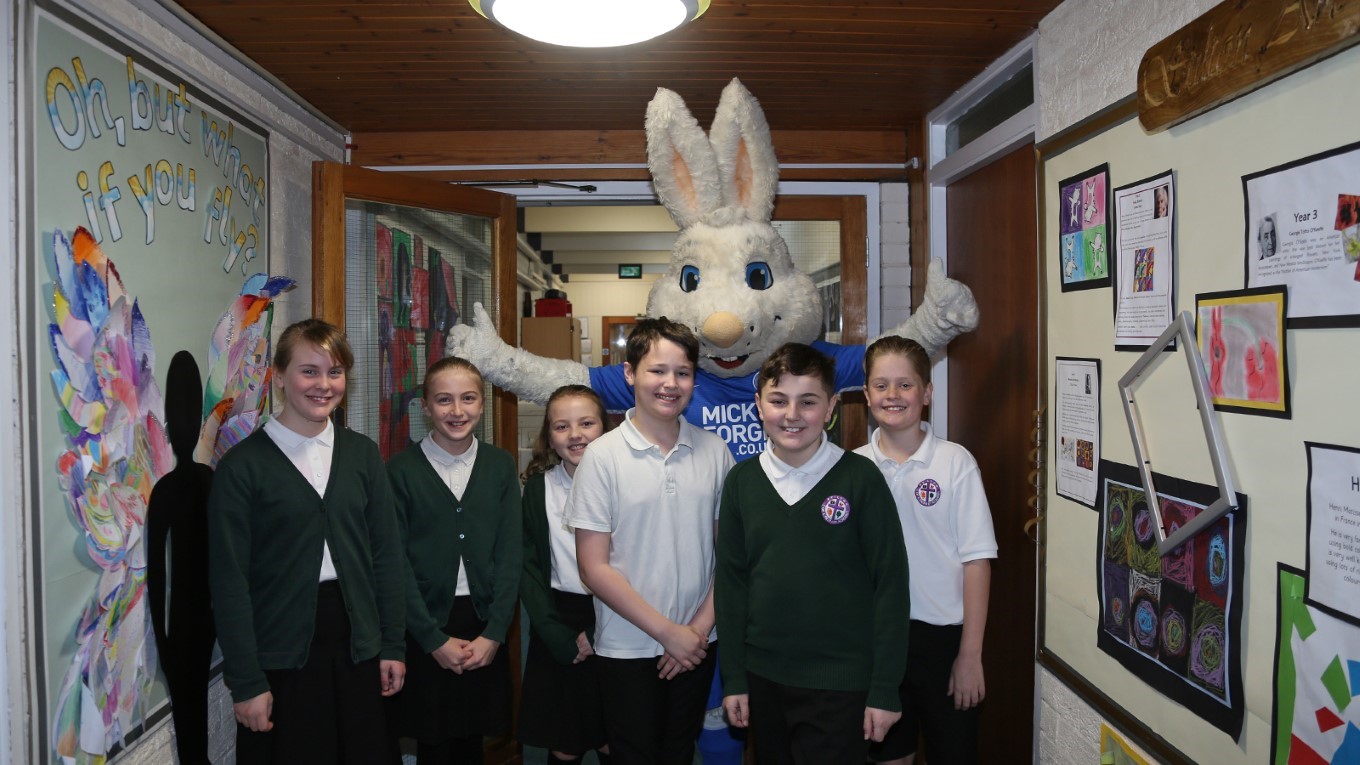 There was no cheese in sight on Tuesday as the football club visited Stilton Primary School as part of the Schools Initiative.

On Tuesday morning, the football club visited Stilton Primary School as part of the Schools Initiative with mascot Peter Burrow again proving to be a huge hit with the youngsters as the football club conducted a full-school assembly.

Every pupil in the school received a FREE ticket to a forthcoming fixture at the ABAX Stadium with an adult also admitted free of charge. Press Officer Phil Adlam said: “After a break for half-term, it has been fantastic to be so busy this week with visits to schools including Stilton on Tuesday.

“It was great to see the youngsters so enthused by our visit and Peter Burrow had a lot of fun showing off his dance moves! We look forward to welcoming youngsters to an upcoming game at the ABAX Stadium.”