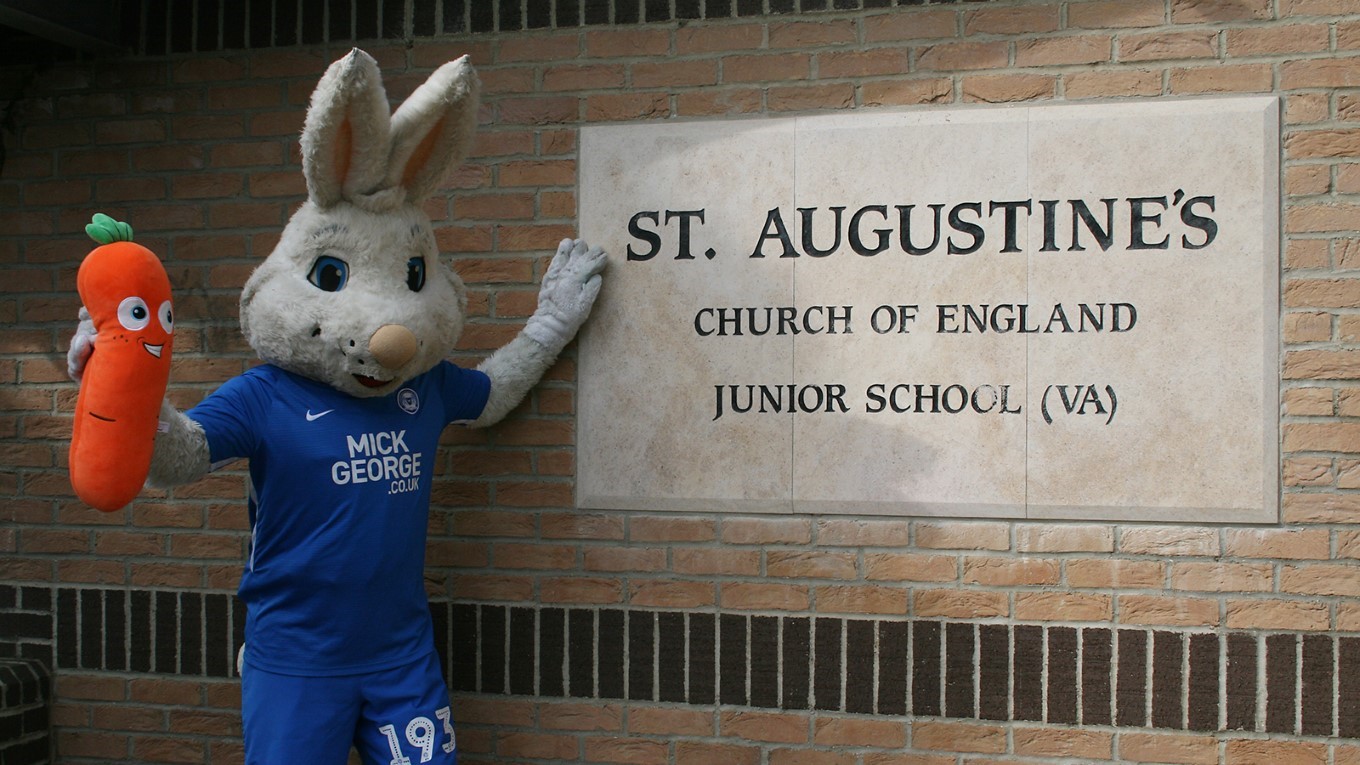 The football club spent time delivering an assembly for pupils at St Augustine’s Primary School in Woodston last Wednesday morning as the Schools Initiative continued with mascot Peter Burrow continuing to be a hugely popular with youngsters.

Every pupil at the school received a FREE ticket for a forthcoming fixture at the ABAX Stadium with an adult also admitted free of charge. Press Officer Phil Adlam said: “Lee Clarke, who used to play for Posh a number of years ago, helped arrange this particular visit after a successful assembly at another one of his schools earlier in the initiative.

“It was great to visit St Augustine’s, a school pretty much directly between the stadium and the training ground. We hope they had a great time and we look forward to welcoming pupils to an upcoming game.”