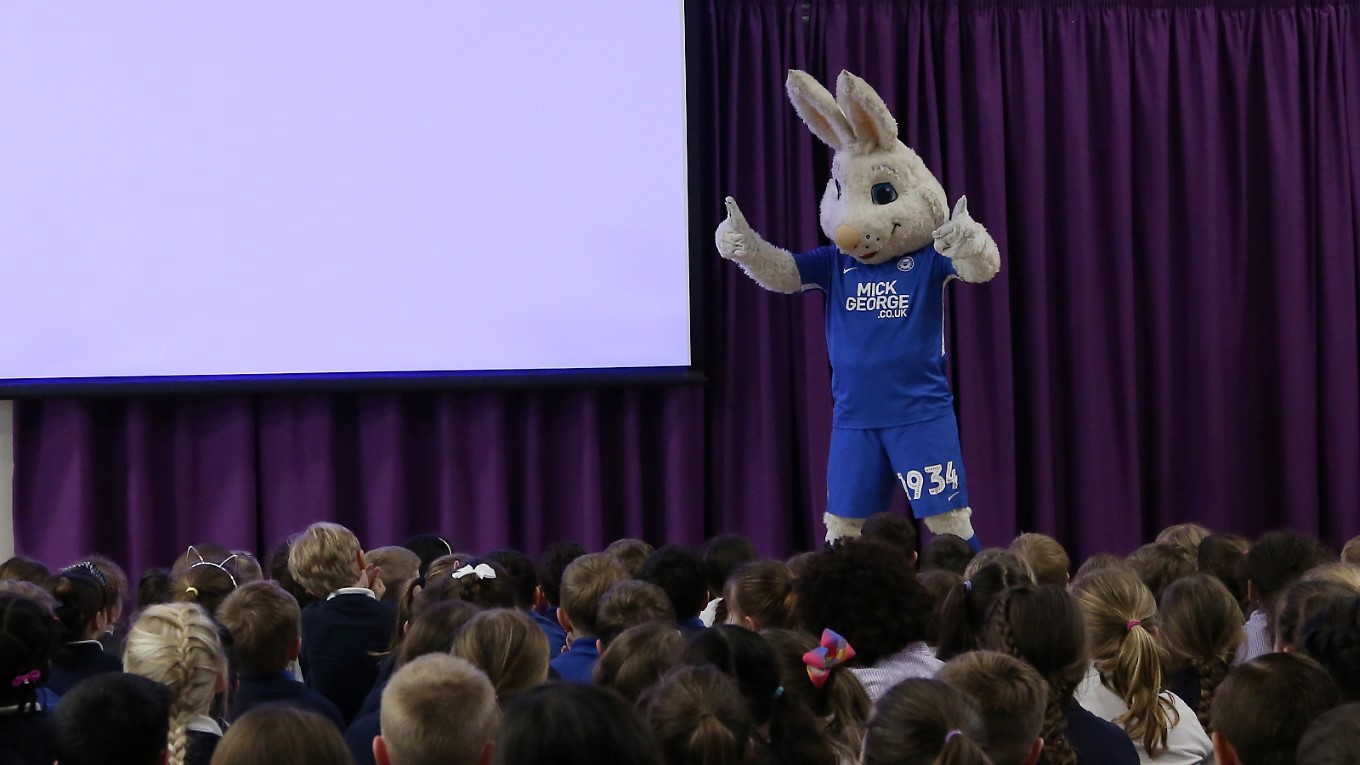 Ahead of last Saturday’s victory over Southend United, the football club delivered an assembly at Orton Wistow Primary School with mascot Peter Burrow a popular visitor as he spent time with youngsters at the school.

Every pupil at the school received a FREE ticket to a forthcoming fixture at the ABAX Stadium with an adult also admitted free of charge. Press Officer Phil Adlam said: “This was our final school visit before the Easter holiday and it was great to spend some time at Orton Wistow Primary School. We hope everybody enjoyed the assembly and meeting Peter Burrow.