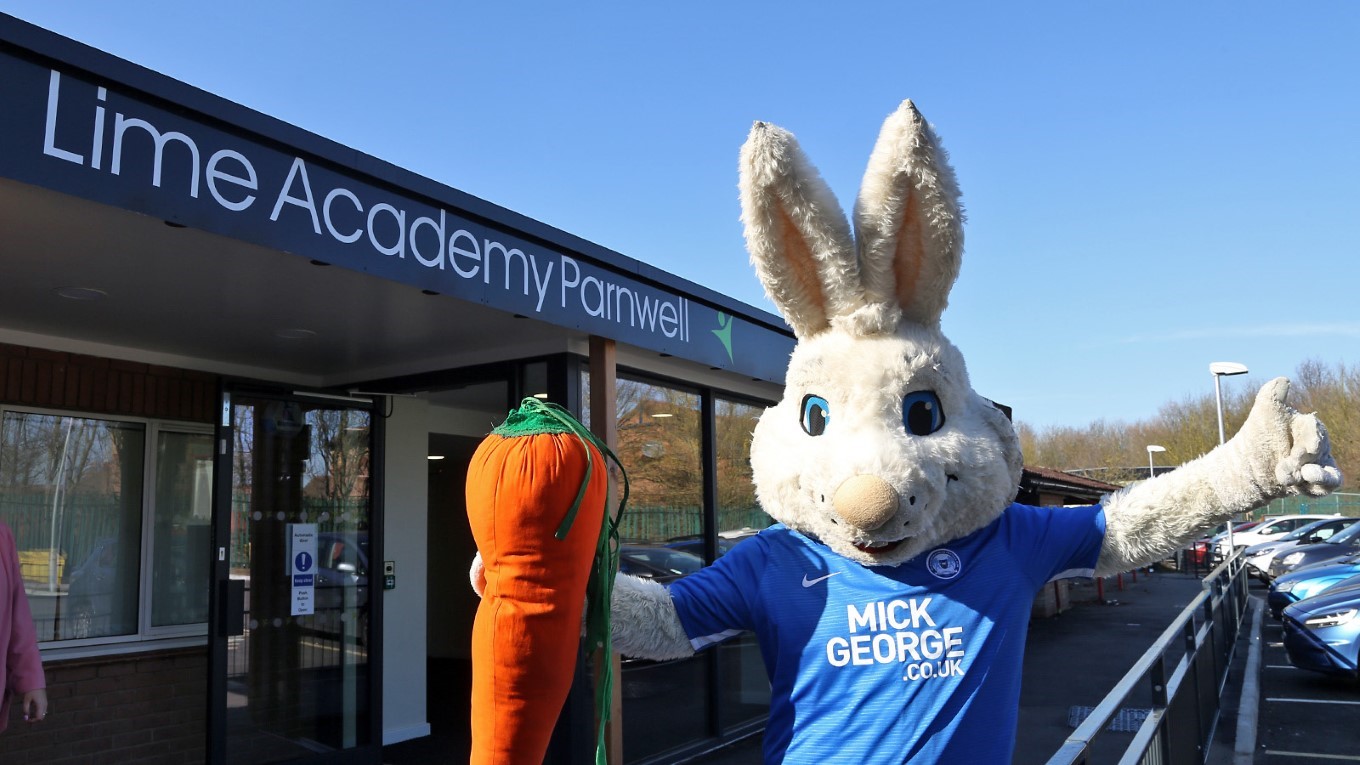 The Peterborough United Schools Initiative continued last Monday with a visit to Lime Tree Academy in Parnwell and once again, mascot Peter Burrow was the star of the show as he spent time meeting youngsters in the assembly.

Every pupil in the school received a FREE ticket to a forthcoming game at the ABAX Stadium with an adult also admitted free of charge.

Press Officer Phil Adlam said: “It was great to visit the Lime Tree Academy in Parnwell. We had a good time at the school and hopefully we will see plenty of pupils at an upcoming game at the ABAX Stadium.”